Will Israel be held accountable? In conversation with the new UN Special Rapporteur in Palestine 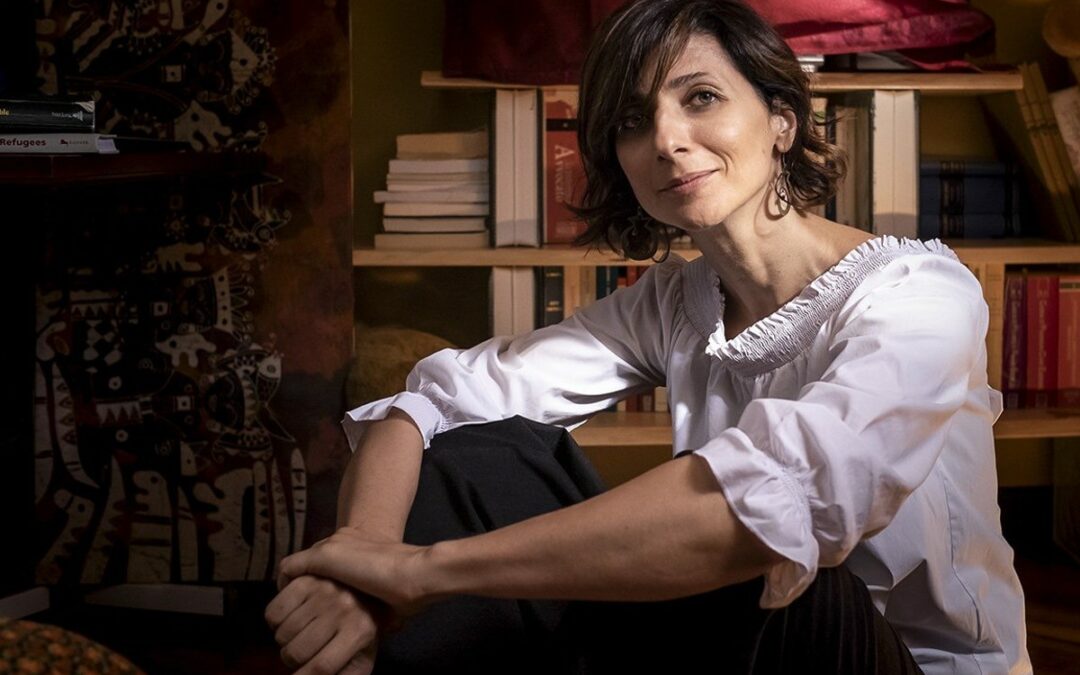 The position of the UN Special Rapporteur on the situation of human rights in the Palestinian territory occupied since 1967, has never been occupied by a woman. Until 1 May, 2022, that is.

Francesca Albanese, an international lawyer and respected academic, was selected for this important role at a particularly critical time. Her predecessor, Michael Lynk, had already concluded that, “The political system of entrenched rule in the occupied Palestinian territory… satisfies the prevailing evidentiary standard for the existence of apartheid.” This statement was contained in his report dated 25 March. By reaching such a conclusion, Lynk added his voice to those of Palestinian, Israeli and international organisations, as well as international law experts.

Unsurprisingly, Israel does not care for UN envoys, whose mission it is to monitor and report on human rights abuses and violations in occupied Palestine. Like any other state engaged in a military occupation, Israel is sensitive about any criticism emanating from international institutions. However, it is also a unique case. Unlike other military occupiers, it is yet to be held accountable, despite the fact that it stands accused of violating numerous international and humanitarian laws in occupied Palestine.

READ: Constantly on the verge of collapse: How Palestinians became a factor in Israeli politics

Seventy-four years after the establishment of the State of Israel atop the ruins of historic Palestine, Israel has desperately sought political and legal legitimacy. Palestinians and their supporters across the world continue to seek the opposite: to delegitimise Israel as a military occupier and an apartheid state.

In a previous interview with Professor Richard Falk, who also served as the UN human rights envoy in Palestine, he told us that there are two kinds of wars that are simultaneously shaping outcomes in Palestine: the tangible war, which Israel is obviously winning due to its military superiority over Palestinians; and the “legitimacy war”, which Palestinians are winning, decisively so.

Israel knows this all too well. This is why it has relentlessly tried to block any international investigations of its misconduct in Palestine, viciously attacked UN envoys and labelled any kind of criticism of its brutal, disproportionate use of force in Palestine as “anti-Semitism”.

The Israeli strategy, however, has failed to dissuade many honourable individuals and organisations from continuing their quest to hold Israel accountable to international law. UN human rights envoys in Palestine have played a particularly crucial role in sustaining pressure on Tel Aviv, with the ultimate aim of ending the Israeli occupation and respecting Palestinian human rights, as enshrined in international law.

On 3 May, two days after assuming her new post, we caught up with Albanese. We asked her about the role of the UN Special Rapporteur on the situation of human rights in Palestine, her plans for the next six years and whether she believes that sustainable international pressure will eventually hold Israel accountable.

“The obstacles are many”

We asked Albanese to provide us with a basic definition of the role of the UN Special Rapporteur and about her own plans to fulfil this mission, considering the obstacles that faced her predecessors Lynk, Falk and John Dugard, to name but a few.

“Special rapporteurs are independent human rights experts and their mandate is, in essence, that of reporting and advising the UN General Assembly on the human rights situations in the occupied Palestinian territory,” she explained. “The system of the special rapporteurs is a central component of the UN human rights machinery and tries to cover all spectrum of rights.”

Her responsibility, she said, will be the same as that of her predecessors: reporting annually to the Human Rights Council and to the General Assembly. “I will do that by upholding independence, efficiency and integrity.”

However, she pointed out, “The obstacles are many. Human rights in general are an issue that touches on State sensitivity across the globe. In the case of the Special Rapporteurs in the OPT [Occupied Palestinian Territories], cooperation with the State has been lacking. Cooperation, especially with the Israeli authorities, has never been extended, either to Michael Lynk, my immediate predecessor, and his predecessor Richard Falk.”

We asked Albanese whether she feels limited by her mandate, which only covers Palestinian territories occupied since June 1967. Israeli colonialism started much earlier, as it includes the ethnic cleansing of historic Palestine in 1948, known as the Nakba, or Catastrophe. This particular point was highlighted by Amnesty International in a recent report entitled “Israel’s apartheid against Palestinians: a cruel system of domination and a crime against humanity”.

“I feel that, in a way, this will be for me less of an obstacle now than it has been for my predecessors, because now there is a commission of inquiry, which was appointed by the Human Rights Council last year, after the tragic events of May 2021,” Albanese told us. “The Commission will not be limited territorially to the OPT and has quite a broad mandate, so looking at the root causes, as it has been increasingly acknowledged by the human rights community, is necessary, because the reality experienced by the Palestinians today cannot be understood if the past is forgotten and neglected.”

She added that she will, “investigate and… report on the violations that have taken place as of 1967 but I am not prevented from relying on or from referring to history and referring to facts that are well documented by the United Nations and historians, if and to the extent they are necessary to explain the current reality, which is the territorial dispossession, the displacement and other violations.”

READ: By redefining UNRWA, Washington destroys the foundation for a Just peace in Palestine

Referring to Lynk’s report on Israeli apartheid, which came on the heels of other reports by international human rights organisations Human Rights Watch and Amnesty International, we asked Albanese why, in her view, it took so long for such an obvious conclusion to be reached; after all, racial segregation and discrimination in Palestine are inherent within the very concept of the State of Israel.

“The question of Palestine certainly doesn’t start in 1948. There has been an element of discrimination against the Arabs of Palestine since the very beginning of the Jewish migration (to) Palestine, which started at the end of the Ottoman Empire. Palestinians have always pointed to this reality. When the decision to partition the territory was taken, we were at the heights of colonialism. The divide et impera [“divide and rule”] was not seen as a problematic issue.”

Moreover, anti-Semitism in Europe and “the tragedy of the Holocaust” created greater sensitivity on the issue. “For a long time, and even today, criticising Israel was (and is still) seen as unacceptable.

“Why today? Because I think the [violations] of the rights of Palestinians have reached a point that is unprecedented. After the Second Intifada, the matrix of control has tightened for Palestinians, there is a sense of physical and psychological imprisonment. Now, there is a clearer sense of the discriminatory system that Israel has gradually imposed.”

Will Israel be held accountable?

If there is one unchanging fact in Israel’s behaviour towards the Palestinians, it is the fact that Israel has never been held accountable by the international community in any meaningful way. Keeping that in mind, we asked Albanese why she thinks this is the case and whether she thinks that the current international institutions have the power to change this reality.

“International law has always been on the side of Palestinians, from the very beginning,” Albanese insisted. “The issue is one of political decisions. Has the international community the power to change this reality? Yes, of course. Does it have the will to do that? It doesn’t seem to be so. As Michael Lynk pointed out in his latest report to the [UN] General Assembly last year, it is the inaction of the international community and particularly of certain States that is enabling Israeli actions and has allowed Israel to morph into a system that no serious human rights actor today refrains from calling apartheid.

“Can it be changed? I believe the human rights machinery and human rights law remain essential to remind everyone of the perimeter between the legal and the illegal, of what is possible and what is not possible.”

Ramzy Baroud
Dr. Ramzy Baroud is a journalist, author and the Editor of The Palestine Chronicle. He is the author of six books. His latest book, co-edited with Ilan Pappé, is Our Vision for Liberation: Engaged Palestinian Leaders and Intellectuals Speak out. His other books include My Father was a Freedom Fighter and The Last Earth. Baroud is a Non-resident Senior Research Fellow at the Center for Islam and Global Affairs (CIGA). His website is www.ramzybaroud.net.

Author: Ramzy BaroudDr. Ramzy Baroud is a journalist, author and the Editor of The Palestine Chronicle. He is the author of six books. His latest book, co-edited with Ilan Pappé, is Our Vision for Liberation: Engaged Palestinian Leaders and Intellectuals Speak out. His other books include My Father was a Freedom Fighter and The Last Earth. Baroud is a Non-resident Senior Research Fellow at the Center for Islam and Global Affairs (CIGA). His website is www.ramzybaroud.net.