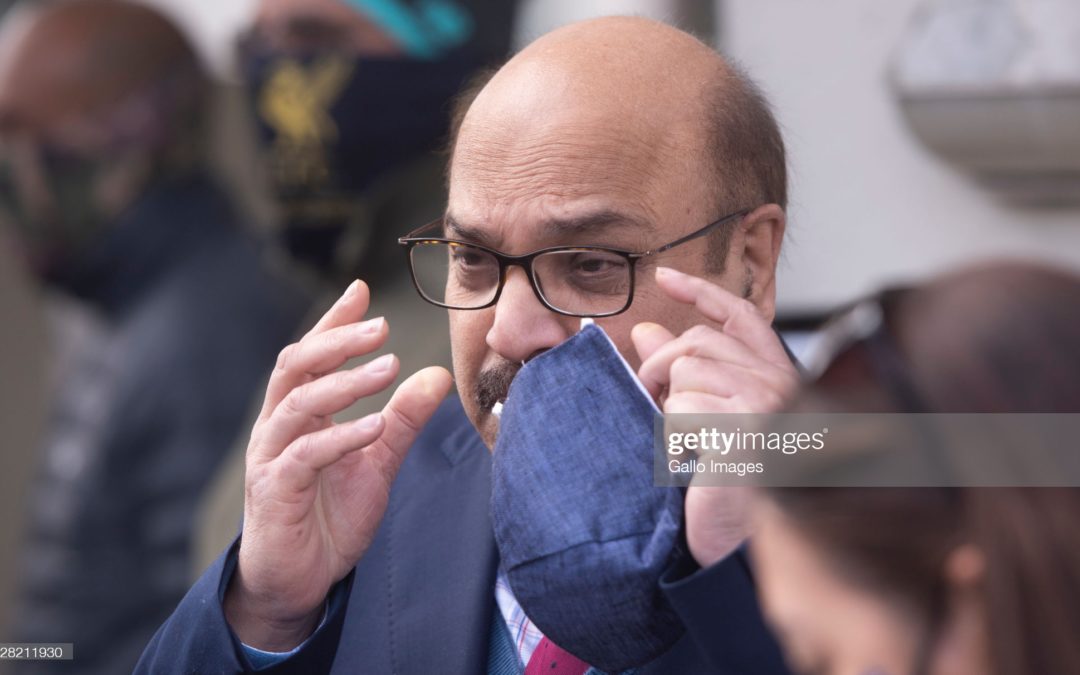 In her column Tali Feinberg resorts to questionable but predictable rhetoric in her effort to vilify Desai’s sound legal and moral condemnation of the murderers of Al Jazeera journalist Shereen Abu Akleh.

Judge Desai’s remarks at a Nakba Day public event in Cape Town, held to commemorate Palestine’s catastrophic dismemberment by Zionist terrorists leading up to the illegal “creation” of Israel during 1948, reflected the disgust and abhorrence by leading global human rights organizations of the targeted cold-blooded assassination of Abu Akleh.

Strange but not surprising that while the column seeks to castigate Desai, the Jewish Report has yet to express its outrage not only about the murder of Abu Akleh, but also the ongoing daily terror of military raids, home demolitions and deliberate killings of Palestinians by Israel.

The remarks that seem to make Feinberg uneasy are not only perfectly in line with Desai’s public profile as a renowned human rights defender, but also a highly respected jurist.

His outspoken abhorrence of Shereen Abu Akleh’s murder is a virtue which is in keeping with his profound humanity:

“I find her death and her murder most appalling, and I reject the savagery of her death. But more than that, it gives me pause to rededicate what remains of my life to the struggle of the Palestinian people and the struggle of people all over the world.”

It is no exaggeration to suggest that Israel’s illegal occupation of Palestine and the brutality by its military forces to enforce an iron grip on the indigenous population, has outraged many around the world including the settler colonial regime’s allies in the West.

The backlash facing the apartheid state following Abu Akleh’s brutal execution and the horrendous barbarism of its forces during her funeral procession, is unprecedented.

Defenders of Israel who behave like old apartheid South African apologists, contend that Israel is always right. In other words, Israeli perpetrators of war crimes may not be blamed if they disregard and dismiss international conventions which underpin fundamental human rights of an occupied population.

Likewise, the contempt Israel holds for media freedom is evident in the murder of Abu Akleh which Judge Desai correctly describes as “savagery”. That more than 50 journalists have been killed by Israel in the last two decades, is a matter of huge concern for media professionals and activists.

Yet those who are hell bent to shoot the messenger as indeed the vilification of Judge Desai is inclined to do, fail to grasp the intolerable horror of Israeli injustice.

Unfortunately for defenders of Israeli hasbara  (propaganda), the tide is turning against the  Zionist regime’s terrorism. Mainstream Western media who traditionally are acknowledged as uncritical allies of Israel, are beginning to reassess their misplaced “objectivity” by adopting a tougher stance.

Gruesome details of Shereen Abu Akleh’s cold blooded execution, have not only shocked the global media fraternity, they have also jolted high profile journalists to publicly express their disgust. An encouraging trend indeed.

The same can be said about American politicians. Known to be fearful of powerful Zionist lobbies which explains their squeamish approach to Israel. Yet they are belligerent and vociferous about Russia, China, North Korea, Cuba and Iran.

This trend however is being challenged. And from inside the hallowed halls of Washington’s power. Dozens of politicians, and growing by the minute, have courageously bucked the trend by demanding  accountability for Israel’s unlawful conduct.

Shereen Abu Akleh was not only an icon across the Arab world, her professional integrity as a highly regarded journalist has been acknowledged in US circles. Public figures have not shied away in expressing their shock and horror at her brutal murder.

Of course Israel’s lobbyists are hard at work to counter the disastrous impact on the regime’s so-called “civilised Western values”. They do so in desperate need to repair the damage caused to Israel’s image by Abu Akleh’s murder. And the counter attack they engage in to discredit critics of the settler colonial regime’s terrorism, is similar to the vilification of Judge Desai.

Feinberg’s column does little to conceal the fact that by characterising Desai’s comments as “political controversy”, it will influence the Judicial Conduct Committee’s finding against him. This stems from a spurious complaint to the JCC by the SA Zionist Federation which has yet to be adjudicated.

The SAZF as an affiliate of the World Zionist Congress is bound by the constitution of the WZO. It thus has a vested interest in pursuing and defending Zionist goals which evidently in the politics of Israel, is the practice of apartheid.

Damning reports by a host of human rights organizations including B’Tselem and Amnesty International have documented their findings which declare Israel to be an apartheid state.

The spotlight thus and correctly so is on the crime of apartheid, the perpetrators of apartheid and the savagery of targeted assassinations by the Zionist regime.

It is appropriate and essential to be reminded by City Press editor Mondli Makhanya’s stinging rebuke of Israel as “a country whose government must rank as the most cossetted and pampered evil regime in recent history.”