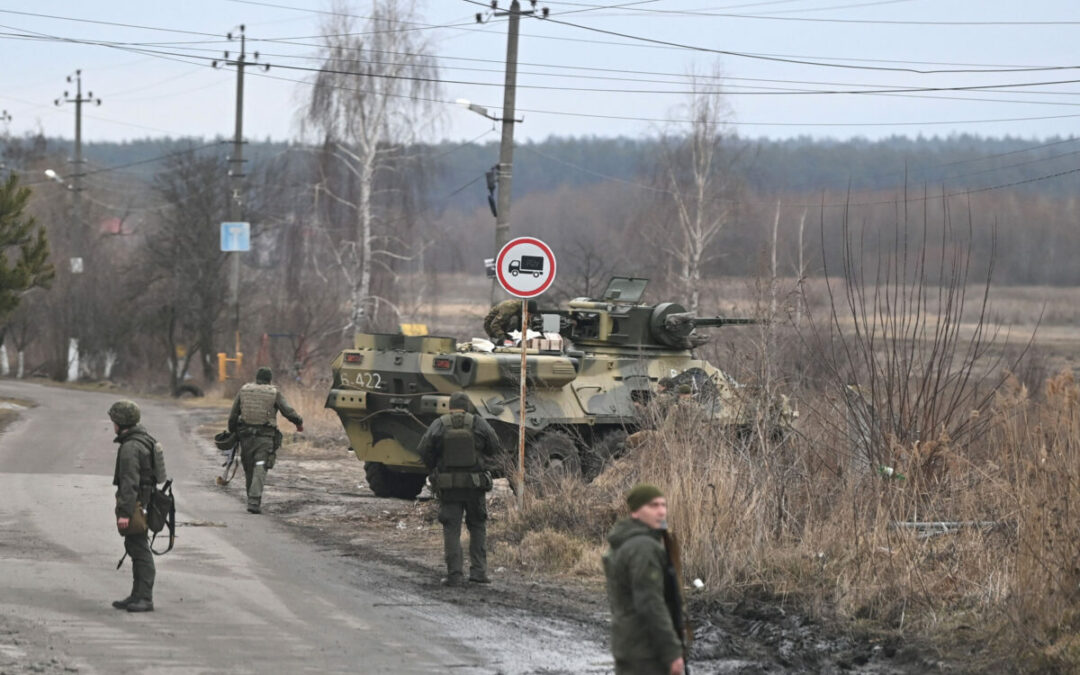 News that African leaders recently snubbed the western puppet Ukrainian leader Volodymyr Zelensky when he addressed the African Union (AU) Assembly appears strangely to be subdued. Out of the 55 invited heads of state only four attended the virtual session. We hope the west and their African puppets have gotten the message that Africa knows who her real friends are, and no amount of intimidation will destruct us from choosing who to befriend. Trying to force Africa who to befriend and not befriend, is a futile exercise that belongs to the dustbin of history.

In actual fact, this is what has alienated the imperialist USA and EU from many countries in the world. They have abused the poor but (rich countries in terms of natural resources) of the world by imposing raft measures including sanctions that hamstring them to develop economically. The case of Cuba comes to mind in this regard.   In their attempt to force the Cuban people to abandon their leadership and turn them into western lackeys, the USA has maintained sanctions on Cuba for more than 60 years now. However, the question that needs to be asked is, has anything changed on the ground in Cuba? The answer is nothing has changed in Cuba! The same can be said about Zimbabwe and many others.

Well, we hope the comic President and puppet of the west knows by now that Africa is a principled continent which is not moved by the wishes of the racist/Zionist imperial powers just like that. Africa will not be told to jump by any of these racist’s countries who are always lying to the international community using propaganda tools of the highest order. By trying to alienate Russia on the world stage, they have actually endeared it to the many countries in the world who now understand their propaganda antics. You cannot fool everyone all the time, and today the world knows who they really are.

Refusing to yield to American pressure starting with the vote in the UN general Assembly, Africa has demonstrated to the hegemonic powers that they are sovereign and will not be dictated to by the arrogant powers.

Africans are the ones who have been brutalized the most more than any other race and after committing these crimes against us, they stole our natural resources and yet the same people who committed these atrocities have a nerve to patronise us, well, not anymore.

Imagine how embarrassing for the Queen of England to be proudly wearing on her crown a stolen diamond from Africa and yet she appears proudly unmoved. These are the kind of people the imperialists are. They also have in their museums skulls of Africans who were killed in the lands that they conquered and taken to England as trophies, can you imagine that? Zelensky must know that you don’t just walk into Africa and expect the people of Africa to jump. Who does he think he is? Let him go to the morons in the EU where he is patronised and told everything is well and you are going to win a war that even himself knows that he will not win. Why is he sacrificing Ukrainians to die in a war that he is clearly not going to win?

We have heard that next month Russia is going to host the Russia-Africa Summit that will be hosted by Egypt is already oversubscribed. African countries must go there in their numbers to demonstrate that they don’t want a unipolar world that is dominated by a few countries who benefit at the expense of the rest of the world. There is need for a complete system change in the world and its proper for countries in the world to stand with Russia and China who are currently leading the fight for change. We look forward to the day when the world will leave the Facebook, Twitter, Instagram, and WhatsApp’s of this world, all from the west, for new systems that will be developed let’s say by Zimbabwe and South Africa.

The arrogant powers are taking the world for granted by thinking that the world cannot break loose from their way of doing things. Well, their empire has collapsed, and the emperor is naked now. The obvious is that they should depart from the grand stage now before it’s too late and go and dress their emperor. They should indeed depart with their Zelensky’s of these worlds and allow a new paradigm to take centre stage. A thinking that allows for multilateralism, respect for the territorial integrity of nations, and respect for the sovereignty of nations should now be the order of the day.

It’s time to exit a world order that imposes unilateral sanctions on nations that do not want to be subjected to bullying and its cultural invasion that forces nations to accept certain norms such as the LGBTI cultural imposition that is currently being forced on nations throats to a point of using harsh and evil sanctions as a weapon. We call for an equal world that will guarantees peace for the weak and great, and poor and rich nations together. We would like to see a world that is at peace with itself and not necessarily stocking up wars with a view to profiteering out the misery and death of people like what is currently happening now. We know such a world is around the corner. Aluta Continua!