Maduro: We Are All Part of Axis of Resistance

Venezuelan President Nicolas Maduro said the ‘Axis of Resistance’ is not just confined to certain countries across the world, but it refers to all those fighting colonialism and hegemonic powers.

“The Axis of Resistance exists throughout the world; it exists in Africa, in Asia, in the Middle East, in Latin America and in the Caribbean. The Resistance also belongs to the people who are fighting against neoliberalism, racism and various forms of colonization, political, economic, cultural colonization and cyber colonization,” Maduro said in an exclusive interview with the official website of Leader of the Islamic Revolution His Eminence Imam Sayyed Ali Khamenei that was published on Monday.

“All of us who fight against colonialism, all of us who fight to decolonize our minds and our people, are part of the Axis of Resistance that stands against the methods of the imperialists for imposing hegemony on the world,” he added. 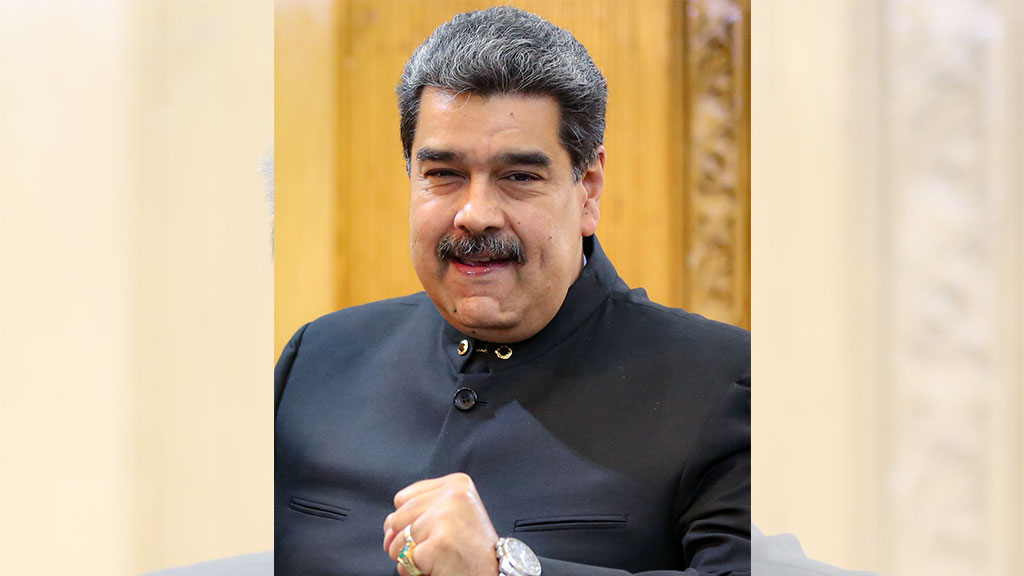 Pointing to a recent meeting with Imam Khamenei and the His Eminence’s statement about the very close relationship between Iran and Venezuela, Maduro said, “Since Commander Hugo Chavez’s first visit in 2001, Iran and Venezuela have established exemplary political, diplomatic, moral, and spiritual ties.”

“During this current trip, I’ve witnessed how there is an exemplary relationship between us in terms of our increasing cooperation. We’ve had many successes. So Imam Khamenei is right when he states that the relationship between the two countries is quite unique and extraordinary,” he noted.

Asked about his latest assertion regarding the Zionist occupation regime’s conspiracies against Venezuela through Mossad, Maduro said, “Imperialism and Zionism are conspiring against the progressive, revolutionary processes taking place in Latin America and the Caribbean, especially the Bolivarian Revolution.”

Asked about the role of Iran’s anti-terror commander General Qassem Soleimani and the Quds Force over the last 20 years in strengthening the relationship between Tehran and Caracas, Maduro said he met General Soleimani in March and April of 2019 when he came to Venezuela during the time of US’ cyberattacks against the country’s power plants.

In response to a question regarding a saying by Imam Khamenei that, “If Prophet Issa [Peace upon Him] were among us today, he wouldn’t miss a moment to fight the leaders of global oppression and arrogance,” Maduro said, “We’re believing Christians. We’re the type of Christians who take action while praying and thinking. And Christ came into this world to fight the Empires. He came to confront the Roman Empires. He risked his life. He sacrificed his life to fight the Roman Empire.”

The Venezuelan leader said, “If there’s one good thing I can say about Christianity, it is its anti-imperialist nature and its seeking of truth and justice against the oppressors. I have no doubt that if Christ were among us today, he would have been at the forefront of the battle against imperialism, colonialism and all forms of oppression.”

During the interview, Maduro pointed to several meetings he had had with Imam Khamenei over the years as well as the meeting between Chavez and the Leader of the Islamic Revolution.

“I’ve always admired Imam Khamenei’s excellent memory. That he recalls the memories of those days is important. In the talks that I have had with him, he has recalled some of the conversations he had with Commander Chavez where Commander Chavez shared some of his memories about Cuba and Commander Fidel Castro. There was a time when a hurricane was heading straight toward Cuba. It was a Category 5 hurricane. A conversation took place between Fidel and Chavez. Fidel said, “Chavez! What you need to do right now is to pray. Pray for us!” Chavez started praying. That day passed and the hurricane changed its course. It didn’t cross over Cuba. Chavez called Fidel and said, “It’s a miracle!” Fidel replied, “Yes, it’s because God helps Chavez and Chavez’s friends.” In the last talk that I had with Imam Khamenei, he told me this story in a friendly, kind way in memory of Commander Chavez and Commander Fidel Castro,” he said.

“Holding a conversation with Imam Khamenei truly fills one with spirituality and wisdom. He likes the Venezuelan people. He likes the people’s ideals, and he always offers us great ideas and recommendations,” Maduro underlined.