From Exodus to Marvel: A brief history of Hollywood’s justification of Israeli war crimes 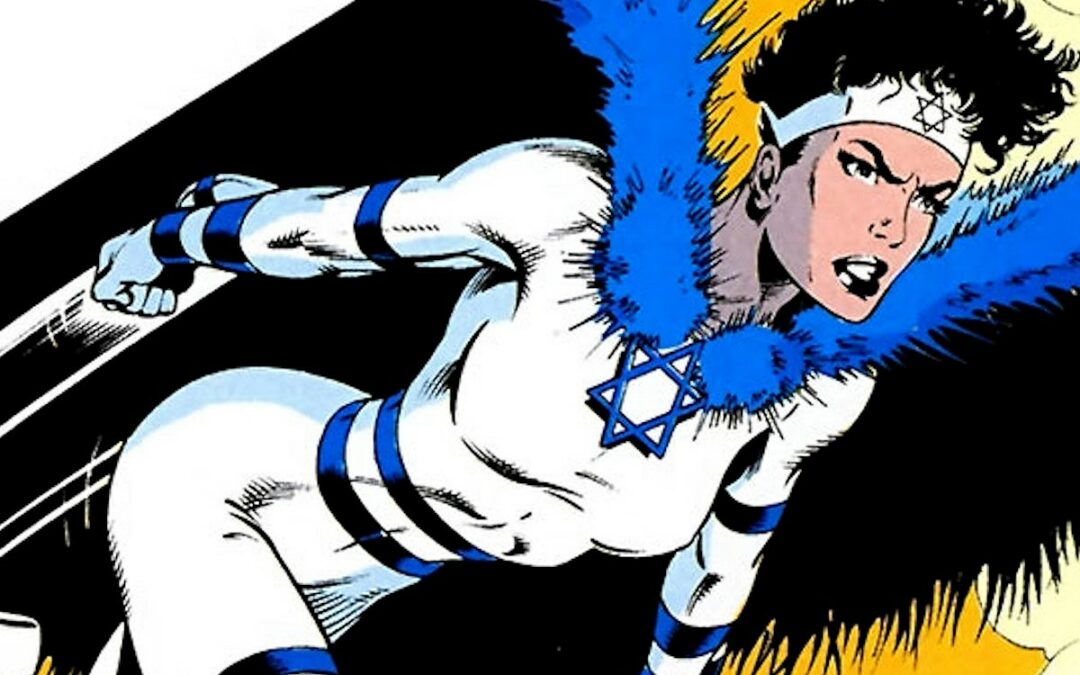 The introduction of an Israeli Mossad agent as the latest Marvel movie character crosses the line, even by Hollywood’s poor moral standards. However, the Israeli superhero, Sabra, must be understood within the rational progression of the Israelification of Hollywood, a phenomenon that is surprisingly new.

Sabra is a relatively old character, dating back to Marvel comic The Incredible Hulk in 1980. On 10 September, however, it was announced that the Israeli character would be included in an upcoming Marvel film, Captain America: New World Order.

Expectedly, many pro-Palestine activists in the US and around the world fumed. It is one thing to introduce an ordinary Israeli character with the mere aim of normalising Israel, an unrepenting apartheid state, in the eyes of Marvel’s impressionable young audiences. However, it is far more sinister to normalise a state intelligence agency, Mossad, known for its numerous bloody assassinations, sabotage and torture.

By adding Sabra to its cast of superheroes, Marvel Studios has shown its complete disregard for the massive campaign by millions of fans around the world who, in 2017, protested the inclusion of former Israeli soldier Gal Gadot as Marvel’s Wonder Woman. Gadot is a vocal supporter of the Israeli government and military.

In response to the news, many rightly highlighted Hollywood’s inherent bias, starting in the 1960s movie Exodus by Otto Preminger, with Paul Newman as the lead actor. The film provided pseudo-historical justification for the colonisation of Palestine by the Zionists. Ever since, Israel has been elevated, celebrated and included in an ever-positive context by Hollywood, while Muslims, Arabs and Palestinians continue to be vilified.

OPINION: Will the United Nations finally deliver justice for Palestine?

Although Israel was represented in a positive light by Hollywood filmmakers, the Israelis themselves were quite marginal in the content creation process. Until recently, the Israeli construct was mostly built on behalf of Israel, not by Israel itself. “Things began to change in 1997,” wrote Brian Schaefer in Moment Magazine. It was then that the LA Federation’s Entertainment Division and the Jewish Agency launched the project, the Master Class, which: “For nearly 15 years… brought countless actors, directors, producers, agents, managers and top studio and network executives to Israel, introducing many of them to the country for the first time, and taught Israelis how to pitch their projects.”

The indoctrination of American actors and filmmakers through these visits and the introduction of many Israeli actors and filmmakers to Hollywood paid dividends, leading to a major change in the narrative on Israel. Instead of simply communicating Israel to American and international audiences using references to historical victimisation, positive association or even humour, Israelis began to make their case through Hollywood directly. And, unlike the haphazardness of past messages – good Israel, bad Arabs – the new messages are far more sophisticated, tailored around specific ideas and designed with full awareness of the politics of each era.

Steven Spielberg’s movie Munich (2005) was released within the cultural context of the US invasion of Iraq as part of Washington’s so-called “war on terror“, where human rights were violated on a global scale. Munich was a selective “historical” account of the supposedly difficult choices that Israel, namely Mossad, had to make to fight its own “war on terror”. That was the era when Tel Aviv tirelessly underscored its affinity to Washington, now that both countries are purportedly victims of “Islamic extremists”.

Unlike Munich, the popular TV series Homeland was not just another pro-Israel American argument that justifies Israeli wars and violence. The series itself, one of the most racist, Islamophobic shows on television, was entirely modelled on the Israeli show HaTufim. The writer and director of the Israeli show, Gideon Raff, has been included in the American version, serving as an executive producer.

The change in the ownership of the narrative may seem superficial – as pro-Israel Hollywood propaganda is being replaced by organic Israeli propaganda. However, this is not the case.

The pro-Israel agenda of the past – the romanticisation that followed the creation of Israel in 1948 – did not last long. The Israeli defeat of Arab armies in 1967 – thanks to the massive US military support of Tel Aviv – replaced the image of nascent, vulnerable Israel with that of the brave Israeli army, capable of defeating several militaries at once. It was then that Israeli soldiers toured US colleges and schools, talking about their heroism on the battlefield. The Israeli invasion of Lebanon and the subsequent massacres, like that of Sabra and Shatila, forced a rethink.

Throughout the 1980s and 1990s, Israel largely existed in Hollywood as comic relief, from shows like Friends, Frasier and, more recently, The Big Bang Theory. References to Israel were often followed by laughter – a clever and effective way of linking Israel with positive, happy associations.

The “war on terror”, starting in 2001, coupled with the creation of the Master Class project, allowed Israel to return to the Hollywood universe, not as an occasional reference, but as a staple, with Israeli shows or joint US-Israeli productions, defining a whole new genre: making difficult choices to fight terrorism and ultimately save the world.

The exploitation of Israeli women on magazine covers, for example, Maxim, was an entirely different shady business, catering to a different audience. The half-naked Israeli army girls have succeeded, in the minds of many, in justifying war through sexual imagery. This genre became particularly popular following the bloody Israeli wars on Gaza, which killed thousands.

Israel’s growing influence on Marvel movies is a combination of all of these elements: the sexualisation of the supposedly strong, empowered woman, the normalisation of those who carry out Israeli crimes – Gadot, the soldier, Sabra, the Mossad agent – and the direct injection of Israeli priorities as part of everyday American reality.

Yet, there is a silver lining. For decades, Israel has hidden behind false, romanticised historical notions, making its case to the US and other Western public, often indirectly. The wars on Gaza, the exponential growth of the Palestinian boycott movement and the proliferation of social media have, however, forced Israel out of hiding.

The new Hollywood Israel is now a warrior, often forced to make difficult moral choices, but it is, like its American counterpart, ultimately a force for good. Whether Israel will succeed in maintaining this image will depend on several factors, including the pro-Palestinian communities’ ability to counter such falsehood and hasbara.