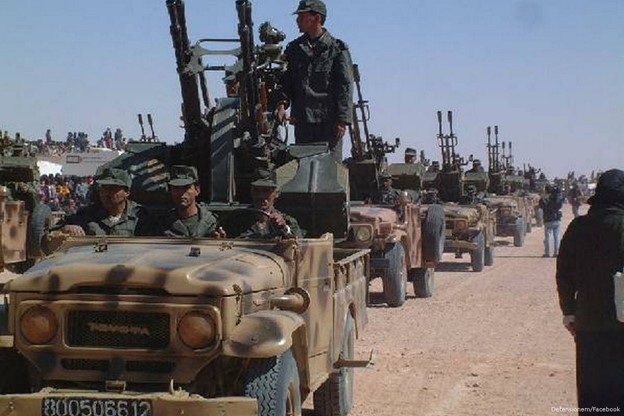 The election of Morocco to the Chairmanship of the African Peace and Security Council is an affront to the dignity of Africa and its people. Morocco is an occupying force that is in Western Sahara by force and daily looting the resources of the people of Western Sahara, abusing and humiliating them on a daily basis.

We have since been calling on the current chairperson of the African Union Commission Mr. Mousa Faki Mahamat who single handedly invited Morocco back to the AU fold at the instigation of France to undo the invitation as it was not done by consensus. There is a resolution that still hanging on Morocco to come right won the issue of Western Africa before getting back to the AU fold.

It is illogical to let Morocco chair a peace and security portfolio of the AU, its pure madness!

Western Sahara – bordered by Morocco, Algeria, Mauritania and the Atlantic Ocean – first fell under Spanish rule in 1884, becoming a Spanish province in 1934. In 1975, the colonial master signed an illegal pact – known as the Madrid Agreement with Morocco and Mauritania abandoning the North African territory to invasions. Following the pact, Morocco and Mauritania moved to annex the territory while Spain ensured its interests in the exploitation of natural resources in the region.

From 1975 to early 1980s, Moroccan air force rained Napalm and White Phosphorus on the Sahrawi people, killing thousands of men, women and children only because they rejected the illegal occupation of their land and tried to flee the zone to organize resistance. Following the massive killings, the Sahrawi liberation movement, Polisario, decided to seek refuge for the thousands of Sahrawi refugees in the only neighboring country that did not attack Western Sahara: Algeria.

In 1976, the refugees in Algeria formed the Sahrawi state in exile: the Sahrawi Arab Democratic Republic, SADR. At present, SADR is a full member of the African Union and is officially recognized by more than fifty countries worldwide.

In 1979, when Mauritania withdrew from Western Sahara, Morocco took control of the whole territory. Today, seemingly forgotten by the international community, Western Sahara remains a Moroccan colony with its people divided between refugee camps in the Algerian desert and under occupation in their own land.

In 1975, the International Court of Justice ruled that Western Sahara is a non-self-governing territory, therefore, it was to be decolonized through a process of self-determination conforming to the United Nations charter. The UN does not recognize Moroccan territorial claims over Western Sahara. The Security Council and the General Assembly have, to date, adopted around hundred resolutions reaffirming the Sahrawi people’s right to self-determination. Yet, thirty-four years on, Sahrawi’s are still denied the legitimate and fundamental right to vote on the fate of their homeland. Meanwhile, international human rights organizations and bodies including Amnesty International, Human Rights Watch, Front Line, Freedom House and the UN High Commissioner on Human Rights routinely report that Morocco is responsible for systematic human rights violations in Western Sahara.

Throughout the years of occupation, Morocco has systematically plundered Sahrawi natural resources worth billions of dollars, while the Sahrawi people languished in refugee camps – unable or too afraid to return home. Western Sahara is not a barren desert, as it may sound. It is rich with a reserve of high-quality phosphate, fishing resources, possible reserves of oil, gas and other minerals. Given its breathtaking natural beauty and its tolerant, hospitable, and generous Muslim African population, Western Sahara could have been one of the most attractive tourist destinations in the world.

Today, Racist/Apartheid Morocco controls two-thirds of this beautiful land by building a military wall, Berm, which runs more than 2400 km dividing Western Sahara and its people from north to south. More than 120,000 Moroccan troops are stationed along this wall of shame, 24/7. Beyond the wall, Morocco maintains live minefields and barbed wire fences making it impossible for men and animal to move around in the once free desert.

The West often portrays itself as the champion of democracy, rule of law and human rights. Yet, when we look at Western Sahara, the hypocrisy and dishonesty in such portrayals are laid bare. The story of Western Sahara the plight of its people and their struggle for freedom is willingly and deliberately ignored by Western powers and mainstream international media despite the fact that it is the last colony standing in the African continent.

France, which calls itself the cradle of democracy, freedom, and liberty – blindly supports the colonial thesis of the Moroccan regime, an authoritarian monarchy still governed by a doctrine that dates back to the sixteenth century. Back in 1976, Paris was so eager to aid Morocco that it deployed its air force based in Senegal to attack Sahrawi freedom fighters in Western Sahara.

Why does Africa always shoot itself in the foot? Aluta Continua!