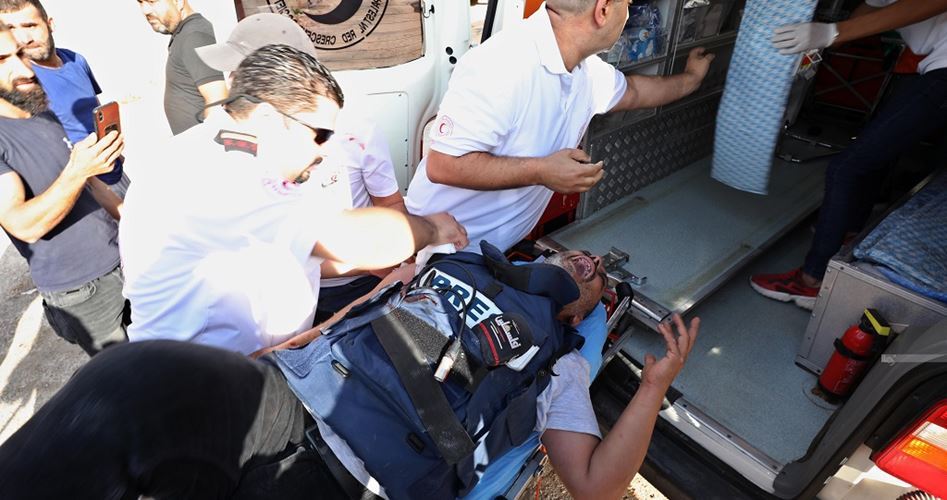 Five Palestinian journalists were injured on Monday evening when the Israeli occupation forces (IOF) attacked them at the main entrance of Deir Sharaf village in western Nablus.

According to WAFA news agency, five journalists from Palestine TV suffered from different injuries when Israeli soldiers attacked them as they were working on filming a new episode of the “Malaf al-Youm” program.

One of the journalists was injured when a tear gas canister hit his face, another one suffered from bruises and three others from their exposure to tear gas, WAFA said.

The IOF also wreaked havoc on equipment, including cameras, belonging to the journalists.