Malaysia police free Palestinian after being kidnaped by Mossad 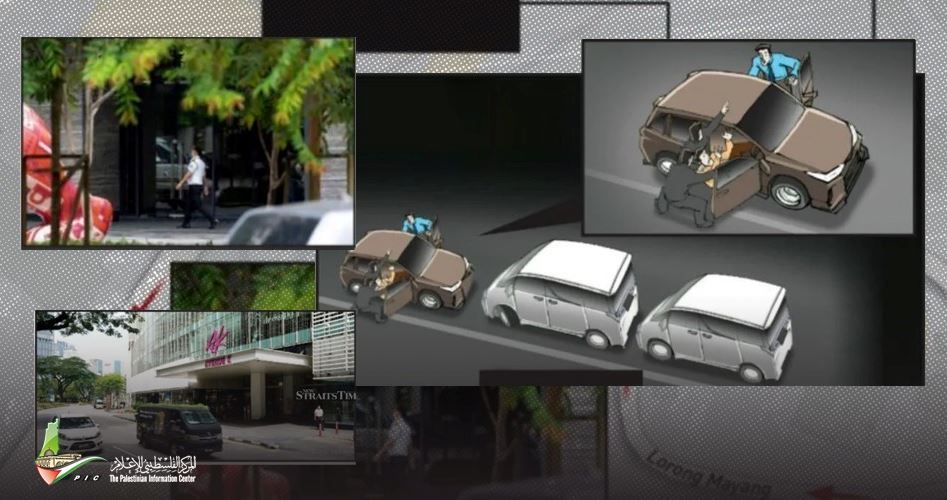 Share this on WhatsApp
The security authorities in Malaysia have reportedly freed a Palestinian man who had been kidnaped in Kuala Lumpur late last month by local operatives working for the Israeli spy agency, Mossad.

According to reports by Al Jazeera satellite channel and Malaysia’s New Straits Times news website, a cell of 11 Malaysian operatives recruited by Mossad and trained in Europe had abducted a Palestinian man, hailing from Gaza, in the Malaysian capital on September 28 as he was getting into a vehicle with another Gazan man. Both were said to be computer programming experts.

The second man, who tried to help his friend, was warned by Mossad operatives to stay away as they dragged their target to a waiting car, so he hurried to phone the Malaysian police and report the incident.

The New Straits Times said that the abducted Palestinian was taken to a cabin about an hour from Kuala Lumpur and tied to a chair to face Israeli Mossad agents via video conference.

An informed source told the Malaysian news site that “the Israeli agents wanted to know about his experience in computer application development, Hamas’s strength in developing software, and members of al-Qassam Brigade (the armed wing of Hamas) that he knew and their strengths.”

The interrogation went on for about a day before Malaysian police forces raided the cabin and arrested the local Mossad operatives while taking the Palestinian abductee into custody.

According to the Malaysian report, the Palestinian man sustained multiple injuries as a result of his exposure to severe beatings by the operatives during the interrogation and has since left Malaysia.

Another informed Malaysian source told Al Jazeera that an investigation had uncovered a “Mossad cell” in the country that was involved in spying on important places, including airports, and seeking to penetrate “government electronic companies”.

In 2018, Gaza-born electrical engineer and Hamas member Fadi Mohamed al-Batsh was gunned down by two motorcyclists, believed to have been recruited by Mossad, as he walked to dawn prayers in Kuala Lumpur.

After al-Batsh was killed, the scientist’s family and the Hamas Movement immediately blamed Mossad for his death.

Malaysia police free Palestinian after being kidnaped by Mossad (palinfo.com)