Palestinian Granny’s Plea Evokes Sympathy among many except Europe, America and NATO 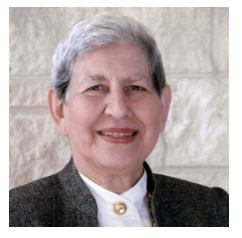 In one of the most heartbreaking pleas an 89-year-old granny in Occupied Palestine, asks “Until when will this grave injustice go on?”.

Her name is Samia Khoury, described by Susan Abulhawa as an author, a Palestinian icon and a friend. 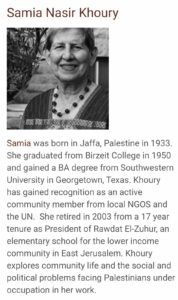 In her plea, Khoury sketches what transpired in the early hours of Tuesday, October 18th, 2022.

Around 12 Israeli army and secret service troops stormed her son’s house after forcibly breaking the gate at the entrance of the compound where they all live.

They arrested her sixteen-year-old  grandson Shadi Khoury and beat him so severely that he was bleeding all over the room and along the path on the way out of the house. Despite bleeding, blindfolded and barefoot, they dragged him without allowing his parents to examine the source of his bleeding.

Shadi, a student at the Quakers Friends School in Ramallah. was taken to the interrogation section in the police compound called “the Russian compound”.

Once there, the child was interrogated without the presence of his parents or a lawyer. Khoury points out that her grandchild’s arrest, detention and interrogation is “a tactic used systematically to terrorize children into submission, and ultimately using their own words to incriminate them”.

“Shadi is a case among so many Palestinian children that are being harassed, tortured and imprisoned for no reason other than being a Palestinian seeking to live in dignity and freedom in their own country”.

Khoury’s plea reminds us that she is an 89-year-old grandmother who has lived through the Nakba, the 1967 war, the first and second  intifadas.

She pointedly asks  “Until when will this grave injustice go on?” and reminds her audience that “Because you care for human rights, and the rights of children, I am asking you to take action now and contact your parliament or congress representative, to put an end to these grave injustices especially against our children as well as our whole population living under a brutal military occupation. Shadi should not be sleeping in a prison cell. He is a child and should be home with his family”.

While her message has gone viral on social media platforms, one is assured from overwhelming positive responses posted by huge number of people across the world, that her plea will be heeded.

Israel’s violent crimes against Palestinians and the brutality associated with the inhumane conduct of racist right-wing settlers alongside soldiers, goes on with impunity.

European leaders from Britain to France including the entire NATO, are sheepishly silent observers of the atrocities committed by their ally Israel.

As much as they may be “embarrassed” – if at all possible for a continent that arms and funds the Zionist regime – their inaction to intervene in defence of Palestinian human rights speaks to their cowardice.

Yet Europe makes a great deal of noise in agitating for “regime change” in Iran due to the death of a woman who allegedly died at the hands of the country’s police.

Though the official account of her death is at odds with Europe’s narrative, in conjunction with the United States and Israel, it remains adamant that Iran’s Islamic Republic must be overthrown.

Neither Israel’s cold-blooded assassination of Palestine’s world renowned journalist Shereen Abu Akleh, nor the daily ritual slaughter of young and elderly Palestinians, has met with the ferocity of vengeance reserved for Iran. 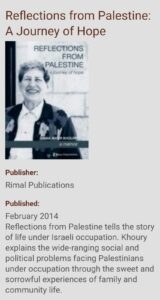 As the words of Samia Khoury, “Until when will this grave injustice go on?” echo across the oceans and mountains, the absence of any meaningful action by Europe, America and African countries  to isolate and punish Israel as a pariah state, will be recorded in history to accurately define hypocrisy and double standards.