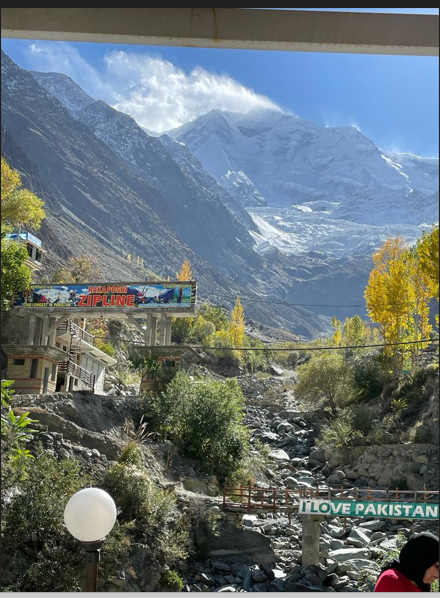 Attended by 130 foreign delegates from 26 countries and hundreds of local medical professionals and students, the 20-strong South African contingent used the opportunity to tour other parts of the country.

Expecting a culture shock, the first stop in the City of Gardens, Lahore, the second most populous city of 13 million people, immediately removed my preconceived negative perception of a crowded, disorganised and dirty city. It was clean, people were friendly and the food simply scrumptious.

A visit to the Lahore Fort recounts the rich Mughal history after its was sacked by the Mongols in the 14th century. One of the largest mosques in the world built by Aurangzeb, the Badshahi mosque, and Shah Jahan’s magnificent Shalimar Garden with about 450 fountains, has been designated a UNESCO World Heritage site.

An overnight stay in the second most beautiful capital city in the world, Islamabad, did not prepare me for the stunning beauty of the North of Pakistan, Hunza, Gilgit and Skardu.

Skardu, capital of Baltistan is perched 2,438 metres above sea level in the backdrop of the great peaks of the Karakorams.  Famous for climbing and  mountaineering all around the world, Skardu hosts Pakistan’s highest and and world’s second highest mountain, K2 (8,611 m).

The Hunza valley is popular for its snow-capped and spectacular, rough mountains. Many people came to Hunza just to get a few glimpses of the shining ice wall of the Rakaposhi Mountain.

The mini-bus 20-seater trip back to Islamabad was an incredible, if hair-raising adventure. Driving through those towering, snow capped mountains on narrow roads with the turquoise Indus river deep down the gorge, had us on tenterhooks. The breathtaking, dazzling beauty diverted our attention, at times, from the risky overtaking on winding roads by skilled drivers.

Plainly visible was the old silk road snaking through the edge of the mountains. On occasions the entire bus loudly prayed the dua before embarking on the next phase of the journey, with eyes tightly shut and deep sincerity!

The PIMA/FiIMA Conference was held in Islamabad,  (“City of Islam,” or “City of Peace”), a name chosen to reflect the country’s ideology. The logistical challenge of hosting such a conference with so many foreign delegates was carried out to near perfection.

Apart from the exceptional professional quality of the talks, the use of technology, the delivery, consciousness of adhering to time limits, the availability and willingness of the volunteers (mainly students, boys and girls) to assist, transport, lunch and dinner, was exceptional.

Our final trip as guests of PIMA/FIMA was to a mountain resort city Murree.

What stands out apart from the magnificent natural beauty of the city was a school for 420 orphans established by the Alkhidmat Foundation, one of the co-sponsors of the Conference.  The brightest students, selected on merit, begin the day with morning prayers (fajr) at the mosque, attending classes equipped with computers and taught by top-class experienced teachers.

We were introduced to them in their immaculate dormitories and listened mesmerised as they performed a play and recited qiraats, naats and poetry from the famous Allama Iqbal in English, Urdu, Arabic and Persian.

The Alkhidmat Foundation is active in providing aid in the flooded Swat region, famous for its natural beauty, and providing their expertise in disaster management, health services, education, orphan care, clean water, Mawakhat (interest-free loan) and other community services. They feed 22,000 orphans daily, and have pledged to feed all 5-8 years old throughout the country.

What provides food-for-thought is the commitment of volunteers, the humility of the leaders, the dignity of recipients, people’s trust in the organisation, and the achievements of the organisation- with minimal resources. Up to 95% of all aid reaches those in need.

Most South Africans, after the Convention, visited the port city and former capital of Pakistan, Karachi. The most populous city of Pakistan, the “organised-chaos”of the traffic with motor cars and bikes racing helter-skelter, has a vibe typical of many cities in the East.

An anecdote related by someone in the group comes to mind. A foreign government delegation (China or Russia) was asked for advise on how to regulate Karachi’s traffic. After a few days of observing, the advisors left saying “There must be a God!”.

A visit the Kharadar General Hospital in one of the poorest areas in Karachi is masterminded under the dynamic and dedicated leadership of the philanthropist Bashir Jan Mohammad. It has been serving more than 4 million people from most devastated and underprivileged communities.

Under the visionary guidance of its President, this NGO now has a recognised school of nursing and midwifery which was identified as the most needed facility, and progressed to establish many other branches of health.

Travelling, it is said, is a powerful aid to education. It provides an experience of the world. By travelling we come into contact with people of different caste, colour, creed and community to gain familiarity with their tradition, culture, customs, costumes and their style of living.

It is the epitome of experiential learning, making it one of the many reasons why travel is the best education that money can buy. This particular group from IMASA provided many inspirational leaders, three of whom, Dr Mohamed Khan, Dr Goolam M Hoosein and Dr Ashraf Jedaar, were honoured by FIMA with Lifetime Member Awards.

As with any journey, hurtling through 7 cities in 14 days provided some challenges. The altitude on those colossal, magnificent mountains caused breathing problems in some; avoiding tap water and salads averted upset tummies; and one hotel provide only refreshing, icy water to shower with in cold conditions!

It was the diverse strengths of each individual within the group, from the 83 year old energetic doctor to a young, rowdy and lively spouse, that made this trip an uplifting and memorable one.

As for PIMA, their warmth, hospitality, flawless organisation, incredible achievements and the humility of leaders will always remain an abiding inspiration. It made us proud to be Muslims!