Time for Africa to escape the neocolonial West 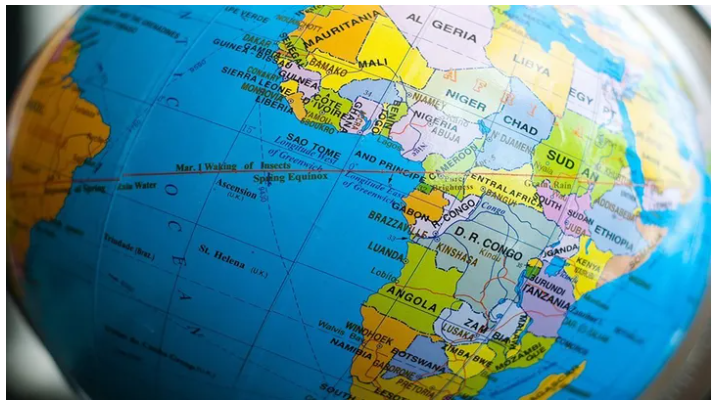 Share this on WhatsApp
Soon after arriving in Oslo, my taxi zigzagged through the city’s well-organized streets and state-of-the-art infrastructure. Large billboards advertised the world’s leading brands in fashion, cars, and perfumes. Amid all the expressions of wealth and plenty, an electronic sign by a bus stop flashed the images of poor-looking African children needing help.

Over the years, Norway has served as a relatively good model of meaningful humanitarian and medical aid. This is especially true if compared to self-serving Western countries where aid is often linked to direct political and military interests. Still, the public humiliation of poor, hungry, and diseased Africa is still disquieting.

The same images and TV ads are omnipresent in the West. The actual tangible value of such charity aside, campaigns to help poor Africa do more than perpetuate a stereotype; they also mask the actual responsibility of why natural resource-rich Africa remains poor, and why the supposed generosity of the West over the decades has done little to achieve a paradigm shift in terms of the continent’s economic health and prosperity.

News from Africa is almost always grim. A recent Save the Children report sums up Africa’s woes in alarming numbers: 150 million children in East and southern Africa are facing the double threat of grinding poverty and disastrous impact of climate change. Worst off are children in South Sudan, at 87 percent, followed by Mozambique (80 percent), and Madagascar (73 percent).

The bad news from Africa, illustrated in the Save the Children report, was released soon after another report, that time by the World Bank, indicated that the international community’s hope to end extreme poverty by 2030 will not be met.

Consequently, by 2030, around 574 million people, estimated at 7 percent of the world’s total population, will continue to live in extreme poverty, relying on about two dollars a day.

The World Bank suggests that the COVID-19 pandemic, and the Russia-Ukraine war are the main catalysts behind the grim estimates.

Growing global inflation and the slow growth of large economies in Asia are also culprits.

Consequently, by 2030, around 574 million people, estimated at 7 percent of the world’s total population, will continue to live in extreme poverty, relying on about two dollars a day.

But what these reports do not tell us, and what images of starving African children do not convey is that much of Africa’s poverty is linked to the ongoing exploitation of the continent by its former — or current — colonial masters. This is not to suggest that African nations have no agency of their own, in contributing to their worsening situation or in challenging intervention and exploitation.

Without a united front and major change in geopolitical global balances, pushing back against neocolonialism will not be an easy feat.

The Russia-Ukraine war and the global rivalry between Russia and China, on the one hand, and Western countries, on the other, have encouraged some African leaders to speak out against the exploitation of Africa, and the use of Africa as a political fodder in global conflicts. The food crisis has been at the center of this fight.

In the Dakar International Forum on Peace and Security, in late October, some African leaders resisted pressure from Western diplomats to toe the West’s line on the war in Ukraine.

Though France continues to effectively control the currencies, thus economies, of 14 different African countries — mostly in West Africa — Zacharopoulou declared that “Russia is solely responsible for this economic, energy and food crisis”.

President of Senegal Macky Sall was one of several African leaders and top diplomats who challenged the duplicitous and polarizing language.

“This is 2022, this is no longer the colonial period… so countries, even if they are poor, have equal dignity. Their problems have to be handled with respect,” he said.

It is this coveted respect by the West that Africa lacks. The US and Europe simply expect African nations to abandon their neutral approach to global conflicts and join the West’s continued campaign for global dominance.

But why should Africa, one of the richest and most exploited continents, obey the West’s diktats?

The West’s insincerity is glaring. Its double standard did not escape African leaders, including Nigeria’s former president Mahamadou Issoufou.

“It’s shocking for Africans to see the billions that have rained down on Ukraine while attention has been diverted from the situation in the Sahel (region),” he said in Dakar.

The elevated political discourse emanating from African leaders and intellectuals gives one hope that the allegedly poor continent is plotting an escape from the grip of Western domination, though many variables would have to work in their favor to make this happen.

Africa’s existent wealth alone can fuel global growth for many years to come. But the beneficiaries of this wealth should be Africa’s sons and daughters, not the deep pockets of the West’s wealthy classes. Indeed, the time has come when Africa’s children are not paraded as charity cases in Europe, a notion that only feeds into the long-distorted power relations between Africa and the West.

Ramzy Baroud is a journalist, author of six books, and the Editor of The Palestine Chronicle. His latest book, co-edited with Ilan Pappé, is ‘Our Vision for Liberation: Engaged Palestinian Leaders and Intellectuals Speak out’. His other books include ‘My Father was a Freedom Fighter’ and ‘The Last Earth’. He is a non-resident senior research fellow at the Center for Islam and Global Affairs (CIGA).

Time for Africa to escape the neocolonial West… (jordannews.jo)