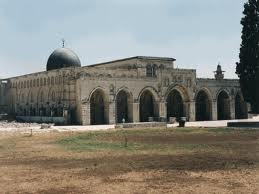 In further attempts to find an amicable resolution to a decision by First National Bank (FNB) to close down the bank account of Al Aqsa Foundation of South Africa (AAFSA), the latter convened a meeting to discuss the 31 March 2013 termination of the Foundation’s banking relationship with FNB.

AAFSA’s representatives asked the bank to show just cause for the closure of the organisation’s account; explain how the bank came to its conclusion to close AAFSA’s accounts and to explain what the charity had done wrong and what they could do to fix it.

FNB leadership admitted it could have done things better six months ago, when it first declared it would close the charity’s account. They also outlined that there was no law in South Africa which compelled the bank to end its 10-year relationship with Al Aqsa Foundation of South Africa, which is a legal non-profit organisation registered with the Department of Social Development and compliant with the South African Reserve Bank.

FNB claims it is not compelled to subscribe to global networks (consisting of other banks and financial institutions) that refuse to trade with organisations listed on the American Treasury Office of Foreign Assets Control (OFAC) list. However, they asserted their choice to close AAFSA’s account was based on possible financial losses and international isolation from these networks should they continue their relationship with the AAFSA.

When Al Aqsa Foundation of South Africa asked the bank to state what governance practices, regulations or laws the organisation was in breach of they were told that their organisation had indeed done nothing wrong.

During the meeting Al Aqsa showed FNB that the registered name of its organisation and the one on the OFAC list were not the same. The FNB representatives then gave the charity an undertaking to obtain legal opinion on Al Aqsa Foundation of South Africa’s assertion that the listing was a case of mistaken identity.

FNB said it would change their decision if mistaken identity was proven. In light of this, FNB has also agreed to approach the South African Banking Council about the matter because it believes AAFSA’s situation will be replicated with other local organisations and the South African banking industry needed to know how to deal with such cases. Al Aqsa Foundation welcomes these new undertakings on behalf of the bank and awaits their responses.

Despite the agreement to further investigate the matter, the bank has refused to extend its 31 March deadline for the permanent closure of the Al Aqsa Foundation of South Africa’s account. The account is currently restricted to very limited transactions, with no withdrawal facility.

If no extension is granted it is unlikely that any other bank in South Africa will open an account for Al Aqsa Foundation of South Africa. This will force a reputable, decade-old organisation that supports 1500 orphans every month to shut its doors, thus terminating the only life line these children have.