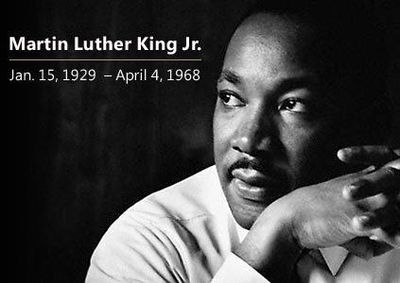 Dr. Martin Luther King Jr. Day symbolizes many important moral and ethical principles, including the citizenry’s responsibility to end the federal government’s abuses of civil and human rights, both at home and abroad.

King is most often remembered for his leadership in the 1955 Montgomery Bus Boycott, his witnessing the signing of the Civil Rights Act of 1964 and his 1963 “I Have a Dream” speech, which challenged America to achieve a higher sense of morality. Moreover, King is remembered as being imprisoned by bigoted Birmingham, Ala., police and having his life threatened by white supremacists.

What seems to be left out of contemporary MLK Day discussions is that King was a strong critic of American military actions against civilian populations and was himself the subject of intrusive surveillance by the FBI.

King was one of the first prominent public intellectuals to take a vocal stand against the war in Vietnam. In fact, he declared that America was “the greatest purveyor of violence in the world,” much of which targeted “little brown Vietnamese children.”

King’s call for justice for all of humanity caused him to come under intense spying by the FBI and for its director, J. Edgar Hoover, to label him “the most dangerous man in America.” America has made great progress since the time of Dr. King, yet our nation remains plagued by these same moral challenges created by American violence abroad and by intrusive warrantless surveillance by federal law enforcement.

For example, America’s drone program continues to kill civilians under the banner of “collateral damage,” thus causing the rise of anti-American sentiment in the Muslim world.

According to a recent study by Stanford University and New York University titled “Living Under Drones,” only two percent of extra-judicial drone killings in Pakistan are of terrorists posing an imminent threat to America.

Retired General Stanley McChrystal, former top commander in Afghanistan and once a strong proponent of drone strikes, now questions the negative impact they have on long-term American interests. It becomes difficult to justify the deaths of so many civilians while claiming to be the world’s torchbearer of liberty and justice for all people.

The tragedy of 9/11 continues to be misused as a justification for blanket monitoring of law-abiding Americans. Along with American Muslims, the FBI in recent years even monitored the late Michael Jackson, and spied on Occupy Wall Street activists. Such warrantless surveillance not only is a waste of tax dollars and does not make the homeland any safer, but also is a violation of the very principles that are supposed to separate us from police states.

In the spirit of Dr. King, our national discussion should not only focus on racial equality, but also must include serious conversations about how the violence that America commits overseas affects the soul of the nation and how intrusive monitoring by the federal government is opposed to the aspirations of the Founding Fathers.

Based on what King preached, those who seek to follow in his footsteps should stand up for due process and question the violence carried out by our nation overseas.

Dawud Walid is executive director of the Michigan chapter of the Council on American-Islamic Relations (CAIR-MI).