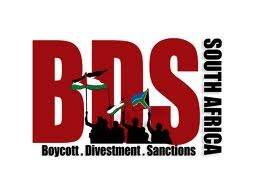 Palestinian protesters claimed that the Israeli celebration was essentially a “celebration of murder, expulsion and continued Israeli oppression against the indigenous Palestinian people” and arranged a picket outside the venue where over 250 members from COSATU, SACP, YCL, SASCO, BDS South Africa and several other civil society organizations were present. In addition, young activists (mostly women students) had also bought tickets, made their way into the venue of the Israeli event and partook in a direct-action Greenpeace-like protest where they released bad smelling “stinky-bombs” and wore T-shirts that read “Israeli Apartheid Stinks” in luminous green writing.

During the direct-action protest inside Gold Reef City, two young women protesters were violently assaulted by the Jewish Community Security Organization (CSO) including having their hands tied with cables, their faces covered and their heads smashed into the parking lot’s concrete paving. Other protesters were forcibly thrown down escalators and one protester was locked into a passageway where he was repeatedly and simultaneously kicked in the stomach by more than five Jewish Community Security Organization (CSO) members – he later suffered a concussion. Members of the Jewish community attending the event also punched a woman protester in the face several times resulting in a serious swelling injury.

Charges against the Jewish Community Security Organization (CSO), the SA Zionist Federation (SAZF) and the SA Jewish Board of Deputies (SAJBD) include:

– Smashing the heads of two young women protesters into the concrete paving of the Gold Reef City parking lot;

– Illegally restraining the young protesters with cable ties and leaving them with their heads covered in the Gold Reef City parking lot;
– Locking a protester into a passage way, throwing him to the ground and then instructing over five security personnel to kick the protester, which resulted in a state of concussion;
– Throwing two young women protesters down escalators resulting in several body bruises, including a badly injured leg;

– Verbally abusing the young protesters, including threatening to “find them” and “kill them”;
– In addition, a charge of theft will be laid against the Jewish CSO, the SAJBD and the SAZF for having illegally confiscated cellphones and other possessions from the protesters.

University of Johannesburg academic, Professor Farid Esack, who witnessed the violent assaults on protesters by the Jewish Community Security Organization (CSO), commented: “Its unacceptable that any local community security organization, including that of the the Jewish community (the Jewish CSO), operates above the law and in this militarised fashion. Given that the Jewish CSO was recently guilty of racial-profiling and discrimination at Wits University, they together with all Israeli-connected security entities operating in this country, should be banned from any and all future events. They are a threat to our people and I will personally be taking this up with relevant government departments.”

The Jewish CSO, a mostly clandestine security body operating in South Africa since 1993, is led by former Israeli Defense Force (IDF) member, Colonel Amir Noy. Noy served for 14 years in the IDF before working as a project manager for the Zimbabwean government. Noy has previously explained the role of the Jewish CSO as that of: “Protecting Jewish life and Jewish way of life [in South Africa]… [its] a bond of brotherhood”.

Another high-profile witness to the violent assaults was International Relations Secretary of the South African Communist Party (SACP), Chris Mathlako, who also slammed the Jewish Community Security Organization (CSO) and added that: “I was shocked at the way in which the Jewish Community Security Organization were behaving like a bunch of thugs, carrying large semi-automatic weapons, beating up young activists and threatening to kill them. They are not above the law and should not think that they can get away with this sort of behaviour in our country. This is a serious indictment on the SA Jewish Board of Deputies and the South African Zionist Federation.”

Uyanda Mabeche, one of the seriously injured protesters had this to say: “The SA Jewish Board of Deputies (SAJBD), SA Zionist Federation (SAZF) and their Jewish CSO must be held accountable for what they did to me and my fellow colleagues…its also a sad reflection of how Israel and its supporters deal with protests and criticism. However, I’m very deeply aware that what myself and my colleagues experienced – although traumatic- is nothing in comparison to what Palestinians go through on a daily basis under the yoke of Israeli apartheid and occupation.”