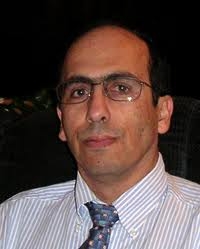 At first I thought I should not comment on the Boston bombings as it is obvious that we in Palestine, under siege and regular bombardment would clearly sympathize. But then I saw the usual pundits on mainstream media trying to spin the tragedy to serve racism. (By Mazin Qumsiyeh)

The Israeli Consul-General in Boston told the Jerusalem Post that “Boston is a very quiet and calm place, especially when we come from Israel…Still, the Jewish community and the consulate are on alert and security has been increased”. He speaks as if
he represents Jews of Boston (and only them) and insinuates as usual that problems in Palestine (‘Israel’) are because of the native “Arabs” not because of the Zionist colonization.

CNN gave extensive time to the Zionist ex-congresswoman, Jane Harman, who claimed this terrorist attack is likely linked to AlQaeda Islamists while trying to connect herself to victims when she supports terrorism herself. Besides her appalling record in voting for more weapons and money to Israel to kill Palestinians, she was unashamedly more pro-Israel to the point of challenging US interests on several occasions.

In October 2006, Time magazine stated that Harman had agreed to lobby the US Department of Justice to reduce espionage charges
against Steve J. Rosen and Keith Weissman, two officials at the American Israeli Public Affairs Committee (AIPAC). In exchange, Time said there was a quid pro quo in which AIPAC would lobby then-House Minority Leader Nancy Pelosi to appoint Harman as chair of the House Intelligence Committee! Then came Wolf Blitzer, another Zionist who now poses as the serious looking global “reporter” for CNN.

Here is Norman Finkelstein speaking the truth while Blitzer defends racism/Zionism and shows where his loyalties stand in a public debate: http://www.youtube.com/watch?v=2-8aTGnjHnI But if you thought his CNN appointment made him moderate his stance, you would be mistaken. He continues to use all opportunities (including this tragedy) to use smoke and mirrors to hide facts. Many Zionist pundits appeared in mainstream media spinning the same web.

There is no mention by those with “Israel first” mentality of the billions of taxpayer dollars given to Israel annually because of the Zionist lobby and how many innocent people are killed or displaced by it. [Israel, a small rich country gets more aid than Latin America and subSaharan Africa combined]. There is no mention of past Israeli false flag operations (for example in Egypt against US and British interests and in Iraq against Jewish institutions to drive Jews to migrate to colonize Palestine). There is no mention of billions made by investors with inside knowledge; no mainstream media tried to investigate the short selling and the US stock
market collapse that happened hours BEFORE the bombings (who profited?). And while most western media had hours of continuous coverage of this bombing that killed three individuals, they rarely mention the daily bombings and killings of hundreds and thousands of innocent civilians especially by US drones in places like Yemen, Pakistan, and Afghanistan (where there are no first class medical facilities as exists in Boston). Nor do they care to mention killing by proxy of hundreds of civilians monthly by US puppet dictators from Bahrain to Saudi Arabia or by the US supported racist apartheid regime of Israel or of western funded Islamist groups in Syria. Alas, Blitzer and Harman and hundreds like them assume their audience is stupid to buy their Zionist spin. Let us hope that US citizens will finally challenge the staggering cost of Israeli apartheid and Israel-firsters in their midst. Let us hope that someone in the FBI is smart enough to look more carefully at the clues in Boston and find the real culprits behind these bombings instead of buying the Zionist spin.

The bombings in Boston were painful to see since we lived nearby in Connecticut and our son went to school in Boston and we visited regularly. Our deepest sympathies to the victims and their families. Knowing the local community there, I know they have strength and resilience and goodness that can overcome this evil.