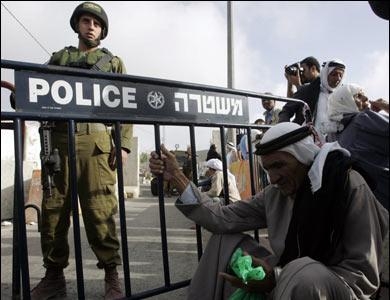 Benjamin Pogrund piece (See Guardian, August 24), arguing that “Boycotts only harden Israeli opinion”, is a groundbreaking work of distortion of history, denial of facts, propaganda , disinformation and could have been written by Mark Regev, spokesman for the Prime minister of Israel.

He is wrong on pretty much every single argument he makes.

Apartheid entirely applies to the State of Israel policies towards the Palestinians. We are here talking about “The Crime of Apartheid” (as defined by the 2002 Rome statute of the International Criminal Court). “inhumane acts of a character similar to other crimes against humanity “committed in the context of an institutionalized regime of systematic oppression and domination by one racial group over any other racial group or groups and committed with the intention of maintaining that regime.” It lists such crimes as murder, enslavement, deprivation of physical liberty, forced relocation, sexual violence, and collective persecution. [1]

Anyone who has recently been to Israel, the West Bank and Gaza knows that the above definition clearly describes Israel’s policies towards the Palestinians and its “Arab minority” (understand Palestinians currently leaving in Israel, 20% of Israel’s total population). There are many examples available, the more recent one being the eviction of 2 Palestinian families from occupied East Jerusalem to make space for Jewish only accommodations.

He then goes on and describes this “conflict” as a “national-religious” struggle between Jewish Israelis and Palestinians”. Again Mr. Pogrund uses right wing propaganda and the over used “Clash of civilizations” (a favorite of GW Bush, Lieberman, Christian Zionists…). This “conflict” is not about religion. This “conflict” is about colonialism, imperialism and human rights. This is a political “conflict”, not a religious one.

He follows by explaining that by adopting the BDS call issued by Palestinian civil society, Neve Gordon becomes both “the arrow and the target”. Again this is pure disinformation. The call for BDS is clearly and has always been directed at institutions, not individuals. There is therefore no “personal contradiction” on behalf of Mr. Gordon.A few paragraphs below Mr. Pogrund remakes history. He calls the creation of Israel in 1948 “a triumph” without mentioning that more than 700 000 Palestinians where cleansed of their homeland, made refugees and that more than 500 villages where destroyed in the making of this “triumph”.

For Mr. Pogrund, this “triumph” was followed by “the immediate invasion by Arab neighbors to eradicate it”. Jewish forces (the Haganah, the Irgun, the Stern Gang) went on a rampage from late 1947, massacring Palestinians (Deir Yassin…) taking more and more land, wanting to establish a state from the Mediterranean to the River Jordan. The war of 1948 was fought between a poorly equipped, organized and badly prepared “Arab army” (outnumbered as well) and very well trained, armed “Israeli-Jewish” militias and army. Ben Gurion is clear about this is in diary. He was 100% sure to win and to conquer more land.Mr. Pogrund does not stop there and continue his work of disinformation and propaganda. He had to mention Ahmadinejad.

Unfortunately for Mr. Pogrund, Mr. Ahmadinejad never said that “Israel should be wiped off the map”. (check online for proper translation of Ahmadinejad speech and many articles written about it). Also, even if the president of Iran wanted to “wipe Israel of the map”, he could not do it in his wildest dreams. (it is important to remember that Iran so far has 0 nuclear weapons. Israel has at the very least 200 of them).He is then right on one point. Jewish paranoia is “being buttressed”. By whom? The State of Israel and the many lobby groups that support Israel’s governments policies (AIPAC, ADL. Christian Zionist…). By constantly associating Israel with Jews, those groups are walking on a very tight rope that could be more dangerous for Jews around the world (most Jews do not live in Israel and not all of them support Israel’s policies) than terrorism or Iran developing Nuclear weapons.His last paragraph is devoted to the “peace industry”.

Boycott is wrong and peace activist should concentrate on educating Israelis and Palestinians and on cooperation between them.I would like to ask Mr. Pogrund a question. Did he ask black South Africans in Soweto to cooperate with and educate white supremacists? Since when an occupied people should cooperate, meet with and try to educate its occupier? Since when is an occupied people responsible for a peace movement?This is about a people right to self-determination Mr. Pogrund. This is not about educating or making the Israelis feel good about themselves. If a movement of boycott, divestment and sanctions can lead to justice for the Palestinians. Everyone should support it, yourself included.-Frank Barat is in the organizing committee of the Russell Tribunal on Palestine and a member of Palestine Solidarity Campaign UK. He contributed this article to PalestineChronicle.com.

An elderly Palestinian man waits beside an Israeli baracade.