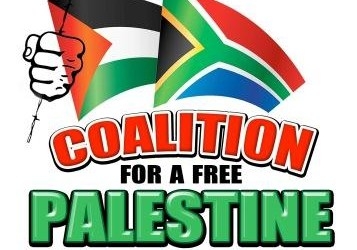 The 15th of May is commemorated as al-Nakba Day (The Day of the Palestinian Catastrophe) by justice loving Israelis and peace loving people around the world in remembrance of the massacres, the expulsions, the destruction of over 400 Palestinian villages and the systematic dispossession of the indigenous Palestinian people during the establishment of the State of Israel between 1947-1948

The Nakba is not only a day of remembrance and commemoration of the past but the very reality that Palestinians face in the present. Palestinians in Gaza live in the world’s largest open air prison while those in the West Bank live under a brutal military occupation, subject to the occupier’s laws without franchise. Palestinians living within Jerusalem and the 1948 borders of Israel are subject to discriminatory laws resulting in unequal access to land, services and education, despite being citizens or residents and paying full taxes to Israel. The largest number of refugees in the world has been created due to Israel’s policies of ethnic cleansing, resulting in 5.5 million Palestinians refugees who are unable to return to their homes, despite the Right of Return being guaranteed under UN Resolution 194.

It is all the more important that South Africans and people across the world commemorate the Nakba in solidarity with the Palestinians as they have been prevented form observing this day by an Israeli bill passed in 2011 making the commemoration of this day a criminal offence.

Due to Israel’s continued disregard for international law and human rights, we support the call by Palestinian society for Boycott, Divestment and Sanctions (BDS) against Israel until it ends its oppression of the Palestinians. BDS has been modelled on the successful boycott of apartheid South Africa and is a practical way for people around the world to hold institutions, corporations and governments accountable for their actions.

In recognition of shared struggled and the tremendous debt of gratitude we owe the world for standing in solidarity with us during our struggle against the apartheid regime in South Africa, we support the Communication Workers Union (CWU) together with BDS South Africa march to the Department of Communications today. The African National Congress (ANC) , at its 53rd Mangaung Conference, reaffirmed and welcomed, all ISC resolutions, which included a resolution in support of the Palestinian Boycott, Divestment and Sanctions (BDS) against Israel campaign. We call on the Department of Communications to implement the ANC’s policy resolutions to end relations with all Israeli companies and entities doing business with the communications sector.

Nakba commemorations will be taking place today across South Africa with events in Gauteng, Kwa-Zulu Natal and the Western Cape, in solidarity with the people of Palestine. In South Africa and elsewhere increasing numbers of people are joining the campaign in support of a Free Palestine. Most recently, the eminent scientist, Stephen Hawking added his voice to the academic boycott of apartheid Israel.