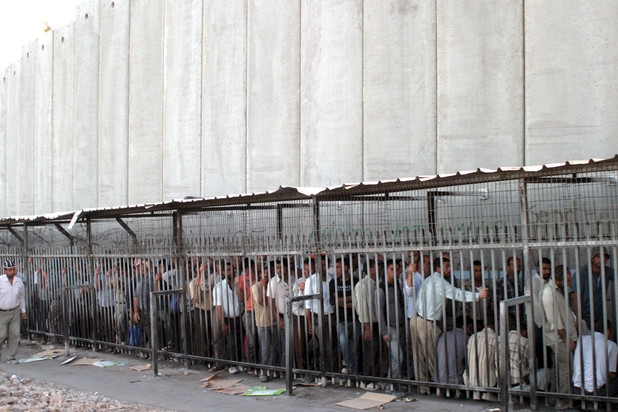 This week sees the conclusion of a three-year criminal investigation into the Dutch crane company, Riwal, accused of complicity in war crimes and crimes against humanity in the occupied West Bank. The case is unprecedented as it is the first time a company has been criminally investigated for involvement in the Israeli occupation.

Although the case has not resulted in a prosecution, it is nonetheless an important step for those seeking justice for human rights abuses committed against Palestinians. The case sends a clear message to the corporate sector: complicity in Israel’s occupation potentially carries the risk of criminal prosecution.

The case started with a complaint submitted to the Dutch prosecutor by the Palestinian human rights organization Al-Haq in March 2010. The complaint documented the involvement of Riwal’s cranes and aerial platforms in constructing Israel’s wall and illegal settlements in the West Bank. It prompted the prosecutor to launch a large-scale investigation into the company’s activities, including a raid on company headquarters in September 2010.

The investigation established that the company contributed to constructing the wall and settlements in at least six incidents mentioned in the complaint. However, the prosecutor cited various considerations, including the complexity of the case, limited resources and the likely lack of cooperation by Israel in obtaining further evidence, as reasons not to pursue a prosecution. There is a right of appeal against the prosecutor’s decision, which can also be reconsidered if circumstances change or in light of new evidence.

Despite the lack of prosecution, the decision by the prosecutor to open the investigation, and to pursue it for as long he did, is legally significant. It means the prosecutor accepted two assertions at the heart of the complaint. First, the construction of the wall and settlements in the occupied West Bank entails the commission of war crimes. Second, that companies involved in this construction may be complicit in, and hence legally responsible for, those crimes.

The case therefore supports the assertions that have been made by lawyers and human rights groups for years: not only is the building of the wall and settlements by Israel illegal and criminal, so is complicity with that construction. Those responsible should be open to prosecution in the correct legal forum.

It undermines the charge often made by Israel and its supporters that legal challenges of this kind merely represent “lawfare” — that is vexatious, politicized attempts to abuse the law in order to “delegitimize” Israel.

The Riwal case reflects an increasing trend of legal challenges brought by victims and human rights groups against Israel’s violations. Recent years have seen a case in the United States against Caterpillar for its supply of militarized bulldozers to the Israeli army. In Canada, residents of the West Bank village of Bilin brought a case against the companies Green Park and Green Mount International for constructing an Israeli settlement on village land.

There have also been several arrest warrant applications in European countries against visiting Israeli officials for their involvement in war crimes — including a successful application against Tzipi Livni in England in 2009.

These cases reflect the belief that not only are victims of war crimes entitled to legal redress, but that accountability for Israeli crimes and abuses is an essential prerequisite to achieving a just and lasting resolution to the conflict. The Israel-Palestine conflict is, after all, an asymmetrical battle between a powerful, highly militarized state enforcing a colonial occupation of land that does not belong to it, and an indigenous people fighting against occupation for self-determination.

Accountability for the crimes that are integral to maintaining the occupation is not only right in principle, it constitutes a serious incentive to Israel to desist in its practices. Accountability is essential for achieving a just and lasting peace.

The ad hoc nature of these cases, however — they are invariably brought by victims and human rights groups in domestic jurisdictions — and the absence of a properly resourced, large-scale investigation of Israel’s crimes at the international level, is a result of the impunity accorded to Israel by the US and its allies.

The report of the UN Fact Finding Mission on the Gaza Conflict (the Goldstone report) concludes there was evidence that war crimes and possibly crimes against humanity had been committed by both sides during Operation Cast Lead, Israel’s military assault on Gaza in 2008-09. It recommends the situation be referred to the International Criminal Court (ICC). To date this recommendation has not been acted on and a referral to the ICC would almost certainly be vetoed by the US in the UN Security Council.

Also ignored is the International Court of Justice’s ruling in 2004 that the West Bank wall is illegal and must be dismantled and that the international community must ensure that any obstacle to Palestinian self-determination caused by the wall be brought to an end.

Finally, Palestine’s application in 2009 to the ICC for it to investigate war crimes committed in Palestine since 2002 (the date the Rome Statute of the ICC came into force) was rejected.

Within the context of this crisis of accountability, the Riwal case is a positive development. The case did not result in justice for the victims and much more needs to be done. However, it demonstrates that allegations of complicity in Israel’s occupation by foreign companies are a serious legal matter that can potentially result in prosecution.

The case may deter other companies from complicity with Israel’s illegal and criminal occupation practices. It is a step in the right direction in the pursuit of justice and accountability.

Salma Karmi-Ayyoub is a criminal barrister. She headed an international litigation project at the Palestinian human rights organization Al-Haq, where she worked on the Riwal case