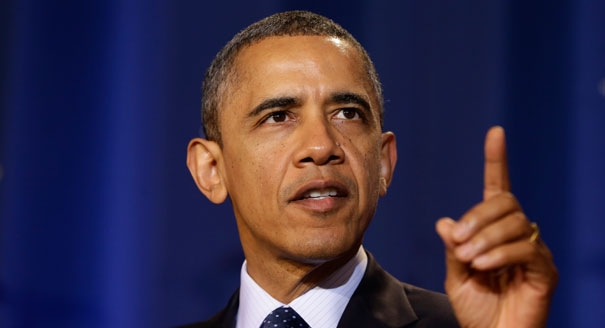 Between the two terms of the Obama presidency many of his detractors can justifiably claim that his ability to function as commander-in-chief is severely limited.

Hearing him speak on a major foreign policy matter regarding the “War on Terror”, one sensed a desperate plea to gain understanding and sympathy for his weakness.

But is it truly a “weakness” or symptomatic of a larger problem besetting America’s politics?

On the one hand you have a system that places an individual at the helm of the country as it’s First Citizen. This seemingly suggests that as chief executive, the president of the United States will be able to ensure the country conforms to the dictates of international law.

On the other hand, divisive politics between the two leading political formations and their respective battles to reign supreme in either or both the Senate or Congress confounds policy making.

Policies that have set the country on a collision course against fundamental civil liberties thus contrasts sharply with the image of a superpower upholding human rights.

What’s bugging American politics and why is it at the forefront undermining core values most of the world subscribes to?

What explains Obama’s lame-duck presidency and why does he allow himself being repeatedly humiliated?

Many analysts who have a soft approach to the United States will argue that politics, particularly within the American paradigm is too “complex”.

Some in fact will reason that it has to protect its “national interest” and provide justification for the erosion of liberties!

However to buck this trend, a body of opinion is beginning to grow and make inroads by challenging such conventional wisdom. This is a major departure from the type of control the Establishment believed it had a monopoly on. Evidently such distinct voices which to date have been marginal with names like Chomsky seen to be isolationist, are becoming louder and credible.

To cite an example, Obama’s discomfort at being characterized as the jailer of prisoners at Guantanamo who have not been charged for any crime, was in all likelihood sparked by legal challenges he faces on his own soil.

Less than 24 hours before Obama addressed the nation on his security speech, a group of American lawyers representing Guantanamo detainees filed an emergency motion with the Federal District Court of Columbia seeking an order to remove “unjustified burdens” that the military command has placed on inmates.

These burdens, some old but many newly imposed in recent months, coinciding with the prisoners’ hunger strike, makes it almost impossible for detainees to meet with their lawyers. New York Times op-ed columnist Joe Nocera explains: “Today, if a lawyer asks to speak with his or her client, a meeting – and even a phone call – must take place at another location. And before they are moved to the location, the detainees are searched for ‘contraband’. According to the legal filings, the search includes touching the genitals and the anus of the detainees – which, as the military well knows, violates the detainees’ Muslim faith and will cause them to refuse the meeting.”

If the detainee does decide to go forward with the meeting, he is then shackled hand and foot, and chained to the floor of a van, in a purposely painful, bent-over position, claims Nocera.

“The detainees are all in solitary confinement. They are shackled when they are taken to the shower. They cannot speak to their families unless they submit to that same repugnant body search. In other words, an already inhumane situation has become even worse on the watch of the president who claims to want to shut down the prison.”

In his flowery speech Obama made a number of compelling arguments against holding detainees for an indefinite period without charging them with any crime. This he said made Guantanamo “a symbol around the world for an America that flouts the rule of law.” In addition he noted the enormous cost – nearly $1 million per prisoner  per annum!

A military command imposes punishing “burdens” in the face of their commander-in-chief who decries this!

This clearly illustrates how Obama’s presidential power is of no consequence, especially in the light of the troubling question he raised: “Is this who we are?”

In this context one can understand the grief experienced daily by family members of victims killed by drone attacks. Seeking justification to continue killing people suspected of “terrorism” on the grounds that if “we” (America) don’t kill “them”(Muslims), “they” will “kill us”, the Obama administration is skating on thin ice.

Just as Guantanamo detainees are held without charge, drone victims are killed without due process. Expressing regret at the loss of innocent lives usually dehumanized by mainstream media as “collateral damage”, Obama sought sympathy for having to tread this path.

Is it any different to the rationalizing that the former apartheid regime in South Africa sought in presenting its crimes against the oppressed majority as “necessary” to uphold white rule?

Indeed, similar rationale is used by the Israeli state to cultivate sympathy and support for its brutal policies that deny freedom to Palestinians. It forms part of Israel’s hasbara (propaganda) tool kit and the lexicon utilized to soften public opinion is no different to that used by Obama.

Palestinians who accept the status-quo are treated as friends and allies by both the US and Israel. The trouble they claim is with those who are “radical, fundamentalist, Islamist terrorists”!

Is it possible that Obama is caught between a rock and a hard place? Is this his dilemma or is it simply a matter of ill-conceived policies that he willingly executes while engaging in rhetoric to retain a public profile of a president committed to upholding law and order?