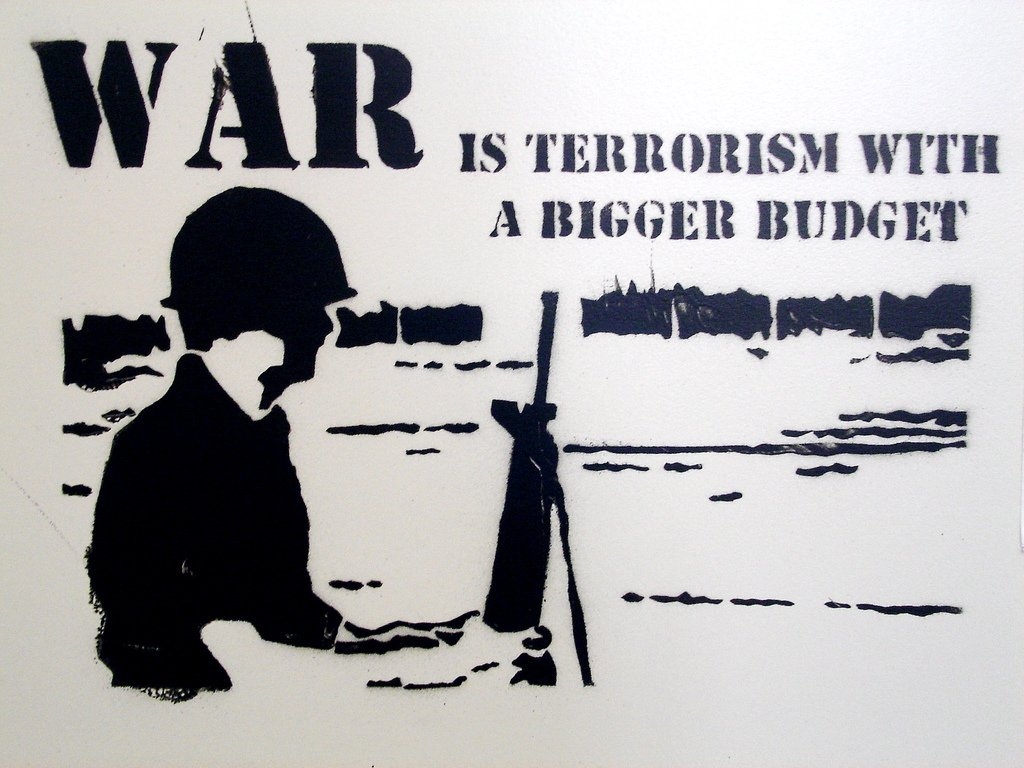 US ” War On Terror” Reigns Supreme!

An implicit message in Daily Maverick’s controversial article claiming the existence of so-called “Al-Qaeda terror training camps” in South Africa, is that America’s “War On Terror” will not spare this country.

It dovetails with the latest confirmation from the Obama administration that the Bush legacy of illegal renditions, detention, torture and execution will remain a permanent feature of its security architecture.

It means that in conflict with many people’s expectation of a president supposedly more conscious of international conventions in respect of human rights and humanitarian laws, Obama has in effect said “stuff you”!

Not surprising that a variety of academic studies confirm that Obama has indeed outpaced his predecessor in becoming more ruthless in pursuit of the “defence” of his country’s national interest and security.

The twin hallmarks of this “defence” that has characterised his administration’s onslaught is Guantanamo Bay and Drones. That these operations are contentious to the extent that their legality is challenged by American human rights lawyers and activists, seems to be of no consequence to him.

Sentiments filtering via media reports seem to suggest that detainees held without charge in Gitmo can rot and die! Who asked them to be in the wrong place at the wrong time? And they are Muslims nogal!

The same with Drones. Remote controlled, the executioners are safely ensconced in high-tech air-conditioned offices with music rhyming to the beat of death drums as more innocent Muslim families are blown to smithereens!

And don’t talk about proving anything!

The beast known as the “War on Terror” has by its very deceptive nature dispensed with core civilisational values and norms such as due process and need for evidence that can stand up to scrutiny in a court of law.

This is precisely the problem many Muslim individuals and organisations face. Their civil liberties such as freedom of speech, movement and association are severely undermined due to America’s illegal and wholly arbitrary listings as “terrorists”.

That Daily Maverick’s De Wet Potgieter and his sidekick Hussein Solomon regard the US listing of the Dockrat cousins as confirmation of “evidence” of their “terror status” displays this fault line.

It also unfairly allows perpetual victimisation of these South African citizens who have no recourse to either testing the validity of charges for being listed, nor to prove their innocence!

They have become “fair game” for constant vilification as Potgieter’s malicious article demonstrates. A menacing cycle of untruths that feed off bias, prejudice and racism!

Being dismissive of a fundamental need to ascertain accuracy undermines Potgieter’s neutrality. And to blatantly misrepresent, distort and withhold facts does neither him nor Daily Maverick any good.

Indeed, the entire article in its sensationalist approach depicts his “exposure” as “current” whereas the reality is that its outdated!

My concern therefore is why has Potgieter consciously chosen to misguide South Africans by re-hashing old discredited information as “breaking news”?

If a year of intense probe by him on the “existence of training camps for Al-Qaeda militants” was indeed undertaken, he ought to know that these “compounds” are livestock and agricultural enterprises -open to the public!

So what’s the real truth? Does Potgieter’s links and dependence on Islamophobes and foreign spooks give us a clue?

Did he not anticipate the wave of outrage from Muslims or was it a calculated risk to use Al-Qaeda as a bogey to pave the way for some racist farmers keen to keep the Klein Karoo lily-white?

Whatever his motive may be, it will be foolish for him to overlook distinct differences between South Africa’s constitutional protection of civil liberties and America’s disregard for same.