Financial threats made by Israel lobby 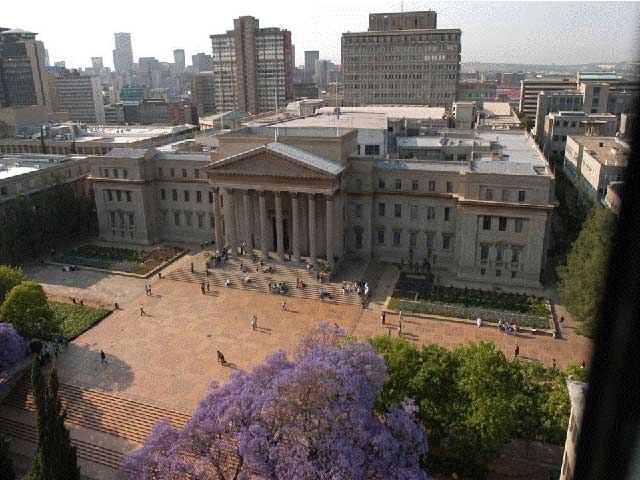 Professors Adam Habib and Loyiso Nongxa, the two Vice Chancellors of Wits University, in yesterday’s Business Day Newspaper (Monday 20 May), for the first time have admitted that Wits University has come under financial “pressure from donors who support Israel,” and that, “there have indeed been some individuals who have threatened to withdraw their donations.” This comes after 11 students, 9 of whom are Wits University Student Representative Council (SRC) members, protested and disrupted an Israeli embassy funded piano concert earlier this year.

Dr Kelly Gillespie, of the Wits Anthropology department, has congratulated the bringing of these threats to public attention and has called for further action on the matter: “Such financial threats by the Israeli lobby, or any other lobby, undermine academic freedom and have no place in our institutions of higher learning. The university’s management must commit itself to the core principles that should always underpin university life: criticism, freedom, and experimentation. Any hedging on these core principles is a threat to the very idea of the university.”

Professors Habib and Nongxa responded in Monday’s Business Day Newspaper stating that the university has been categorical that they ‘will not be threatened or cajoled by ‘cheque-book diplomacy’.”

Meanwhile, on the other end of the spectrum, anti-apartheid stalwarts, leaders of trade unions, members of civil society and several organizations have come out in support of the 11 Wits University students and their demand that charges for protesting against the Israeli-event be immediately dropped. Supporters of the student protesters include former Robben Island prisoner, Ahmed “Kathy” Kathrda; General Secretary of COSATU, Zwelinzima Vavi; trade unions SADTU and NEHAWU; and several organizations including SASCO, the YCL, ANC YL amongst others. Ahmed Kathrada said in a recent speech: “Our University students, supported by our trade unions and civil society organizations are making it abundantly clearer by the day that [Israeli] apologists are not welcome in our country.”

In 2011, the University of Johannesburg (where Professor Adam Habib was the former Deputy Vice Chancellor) adopted an academic boycott of Israel on the 01st of May 2011 when it terminated its institutional relations with Israel’s Ben Gurion University (www.ujpetition.com).

“At the time,” Muhammed Desai of the Palestine solidarity organization BDS South Africa (www.bdssouthafrica.com) informs us: “the University of Johannesburg received similar financial threats from Sol Kezner (Chairman of Kezner International), Bertie Lubner (of the PG Glass group) and from senior members of Investec Banking.” Desai and others from BDS South Africa were central to the sucessful academic boycott campaign at UJ in 2011.

The Wits University Palestine Solidarity Committee (Wits PSC) calls for a thorough investigation into the financial threats being made by members of the Israeli lobby. We call on our university to expose these groups and individuals without any delay.