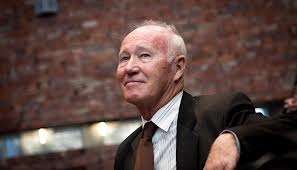 Unashamed of his role in the arms deal fiasco and the corruption that it unleashed, arms industry lobbyist Helmoed-Romer Heitman now declares that “Military spending need not be ruinous to the economy”

UNASHAMED of his role in the arms deal fiasco and the corruption that it unleashed, arms industry lobbyist Helmoed-Romer Heitman now declares that “Military spending need not be ruinous to the economy” (May 27).

He has evidently learned nothing, especially that it is well established that military spending is economically counterproductive.

Your former editor, Ken Owen, well noted in 1995: “The evils of apartheid belonged to the civilian leaders: its insanities were entirely the property of the military officer class.

It is an irony of our liberation that Afrikaner hegemony might have lasted another half century had the military theorists not diverted the national treasure into strategic undertakings that achieved nothing for us but bankruptcy and shame.”

The sum of R70bn was subsequently squandered on warships and warplanes that are now either inoperable in Simon’s Town harbour or have been mothballed because South Africa lacks the pilots to fly the BAE/Saab Gripens, or the mechanics to maintain them, or even the money to fuel them.

The government was warned by the affordability study that the arms deal was a reckless proposition that would lead to mounting fiscal, economic and financial difficulties.

Our hard-won constitutional democracy hangs in the balance because of the madness promoted by Mr Heitman and his cronies — that R30bn spent on armaments would magically translate into R110bn in offsets to create over 65,000 jobs, and thus stimulate economic development. The offsets proved simply to be instruments to pay bribes to corrupt politicians and their friends.

South Africa’s security issues are internal, and are well described by section 198 of the constitution, which declares: “National security must reflect the resolve of South Africans, as individuals and as a nation, to live as equals, to live in peace and harmony, to be free from fear and want and to seek a better life.”

In short, human security issues of education, health, crime prevention and jobs, jobs, jobs are South Africa’s national security priority — not military war games in the Central African Republic or Democratic Republic of the Congo, or blowing pirates and fish poachers out of the water.

South Africa’s disastrous economic mismanagement of the past half century reflects obsessions of past and present securocrats for worthless armaments. They deliberately stoke fears and paranoia about an unknown, dangerous world, but their agenda is merely to fleece the taxpayers.