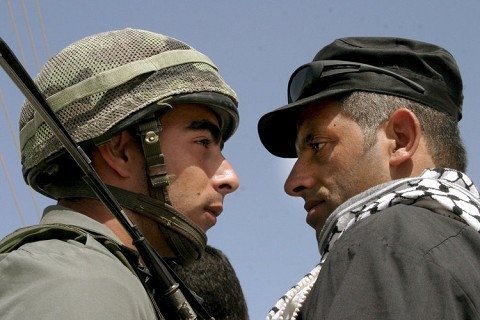 The Limits of Israeli Belligerence
by DINA JADALLAH
The war on Gaza combines the characteristic drastic brutality towards Palestinians and Arabs that Israel periodically demonstrates with the lack of effectiveness in achieving its stated goals that those who follow and support the resistance have come to expect (especially since the 2006 war in Lebanon).

One can watch the latest Israeli assault on Gaza and become overwhelmed with the enormity of the destruction, the loss of human life (one-third of whom are children), and the indiscriminate and disproportionate use of asymmetric power by an occupying state against one million and seven hundred thousand people (mostly refugees) living under an embargo for several years.

On the other hand, one can watch the latest assault and marvel at the resistance, the power of human will, the high morale of a steadfast population that is determined to return to their usurped lands. More importantly, one can be reassured because the people in Gaza are ahead of their leaders, while their resistance is inflicting real damage on their enemy.

The latest conflict might be an inflection point in the struggle, especially if its achievements are employed wisely in order to achieve politically strategic goals such as the lifting of the embargo, a halt to colonies / “settlements, and so forth.

Despite the skewed balance of raw muscular power in Israel’s favor, how is it that it cannot even win what was (wrongly) projected to be a brief and spectacular skirmish that would boost the political fortunes of Israeli Prime Minister Netanyahu and his Minister of Defense, Ehud Barak?

Israeli leaders said that the goals of the war were, one, to protect Israeli civilians from rockets and mortars, and two, to cripple Hamas’ ability to launch attacks. They have failed on both counts. Israel cannot protect its citizens. Neither in cities, nor in settlements. After initially crowing that the IDF destroyed all rocket-launching capabilities by Hamas, Uzi Rubin, Israeli missile expert admitted that “[T]he Palestinian capabilities, we can assume, have been damaged, but they remain intact as a cycle of fire has been maintained”. Moreover, not only were hundreds of rockets still being launched, but they were targeting cities and “settlements” that had never, since the establishment of the state, been within the reach of Palestinian fighters. As a result, Israeli citizens, as well as their ministers were forced to take shelter from incoming rockets, factories were shuttered in the south, and flights had to be diverted around Ben Gurion airport. The final cost of this assault is not yet known and depends on the length of the conflict. However, the business information company BDI estimates it at about NIS 1.1 billion a week. The Manufacturer’s Association of Israel estimates damage to the more than 430 businesses in the south at NIS 120 million. Meanwhile, eighty percent of all retail and services are shuttered in the south, costing the economy NIS 90 million and NIS 100 million a day, according to the Federation of Chambers of Commerce. Of course, none of these estimates count the still unknown costs of damage to property.

Moreover, the much vaunted Iron Dome antimissile interception system is only partially effective (and also very expensive). According to Ehud Barak, Iron Dome has launched more than 350 interceptors, costing $20 million so far. Estimates of how much each interceptor missile costs vary between $35,000 and about $100,000 (the latter is according to Yossi Drucker, head of Rafael’s Iron Dome Project). The system batteries have cost more than two hundred million dollars, much of it supplied by the United States. (In 2010, at President Barack Obama’s request, Congress gave Israel $205 million for Iron Dome – in addition to the three billion dollars in aid that it receives annually. In 2012, the US approved an additional $680 million in more funding over the next three years.) Israel is seeking NIS 750 million more in new batteries – again, some of which will come from the United States. Add to that the cost of deploying soldiers, estimated at $750,000. In contrast, Palestinian rockets cost between one hundred and one thousand dollars. Therefore, the math is not in favor of muscularity, to say the least. Furthermore, the rate of successful interception is the subject of much debate, with some Israeli sources initially crowing about an eighty percent success rate, and others at twenty percent. Whichever it is, it is not perfect and it malfunctions.

In contrast to what the Israeli war machine could not accomplish, here is what the Palestinian resistance achieved up till now.

First, as mentioned above, the resistance imposed heavy economic and financial costs on Israel. It has succeeded in reaching areas previously thought impervious. In other words, the costs of the occupation have come home to roost. Instead of the Palestinian Authority, and the generous ‘aid’ that it receives, taking care of the policing and taming actions on behalf of the occupation, the fighters of the resistance and the larger society that supports them are acting beyond the rigid confines of the Oslo “peace process” of endless negotiations, quietism, and concessions.

Second, the amount and long range of available rockets, especially the Iranian-developed Fajr-5 rockets, have been an unexpected and unwelcome surprise to the Israelis. There is speculation that the resistance possesses shoulder-fired anti-aircraft missiles (smuggled from Libya) which would explain the lack of Apache helicopters over Gaza skies. Combat helicopters would be needed for any close support of foot soldiers should a ground attack be launched.

Third, in the past, whenever Israeli aggression was proceeding well, most of its Western and Arab government supporters would delay any attempts to impose a ceasefire. The opposite is true this time. The Egyptian and Turkish Presidents as well as the Qatari foreign minister are rushing to negotiate a ceasefire that will rescue Israel from its current predicament. Ever since war in 2006 during which Hizbullah rained missiles on Israel and defeated the invading IDF on the ground in South Lebanon, Israel has been desperate to get its deterrence capabilities back. In fact, if one of the goals behind the latest and largest joint military exercise with the United States, Austere Challenge 2012 was to send a message about the high “state of readiness” to Iran, then they might need a re-do! If the overwhelming Israeli military superiority that is backed by the United States is unable to stop the resistance in the 141 square miles that are Gaza, how are they to overcome Iran? In other words, Israel’s deterrence capability is perceived (by its opponents) to be falling at an accelerated rate.

Fourth, the steadfastness exhibited in Gaza and the persistence in continuing to fight despite the death and destruction, once again confirm that resistance is part and parcel of identity among most Palestinians. Many of Palestinian leaders are anxious to prove how reasonable [sic – subservient] they can be as negotiators [sic – order-takers]. Mahmoud ‘Abbas, president of the Palestinian “Authority”, is anxiously searching for a role, especially after his outrageous comment in which he, speaking on behalf of Palestinians, waived any claim to having a right of return to his ancestral town of Safad. ‘Abbas is paid handsomely for his role: he makes one million dollars a month, has personal Jordanian accounts of more than $500 million, each, of Palestinian tax payer money (according to Inlight Press), in addition to more perks for himself and his family.

Finally, the proliferation of resistance factions prove that any group of carefully selected leaders (including some leaders in Hamas) who do not express the legitimate aspirations of Palestinians will be incapable of containing and channeling the overwhelming social forces whose opposition can only grow with the increasingly racist and aggressive actions of the Zionist state.

At the end of the day, given that the muscularity and military barbarity of the past sixty-plus years have been unable to banish Palestinian aspirations to have and to return to their own homeland, it is improbable that the powers-that-be can co-opt the population. What they offer through aid and designated leaders is not what the people want. Very simply, what is being offered is the transformation of Palestinian identity into something quiescent, submissive, and grateful for the crumbs that those with power deign to throw their way.

However, the latest war might prove to be the inflection point at which Israel and its Arab and Western backers realize that the balances have shifted. That crumbs will no longer do. That quiescence is not Palestinian, but resistance is.