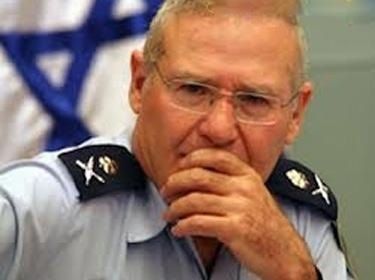 Head of Israel’s Military Intelligence and Former Head of the Institute for National Security, General Amos Yadlin, called for taking steps to break the “axis of evil”, which consists of Iran, Hezbollah, and Syria, by weakening Syrian President Bashar Al-Assad and ending his rule as soon as possible.

Amos YadlinYadlin added, in a statement at the conference of the Institute for National Security Studies (INNS) in Tel Aviv, that he did not rule out a confrontation between Israel and Syria. However, he warned of the Syrian Army’s power, indicating that “we are not talking about a war with Hezbollah or Hamas Movement, but about a tough war, because a war with the Syrian Army means that Scud missiles, and maybe more advanced missiles, would hit Tel Aviv.”

Channel 2 further quoted Yadlin as saying that “who is not aware that the fall of Assad is a positive development for Israel, would be incapable of reading the situation correctly.”

Moreover, he considered that “President Assad is a negative element in the Missile East, and Israel’s benefit requires weakening and withdrawing him, because this would break the Iran, Syria, and Hezbollah axis.”

“This would weaken Hezbollah, then Iran, which will not have any strength in the region, and all this would benefit Israel,” he added.