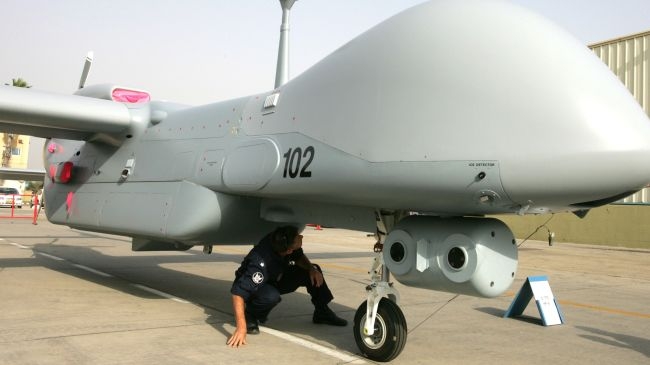 A new report says Jordan has given the go-ahead to Tel Aviv to use its airspace for spying on Syria and attacking its industrial facilities.

French newspaper Le Figaro reported on Monday that Jordan has opened two corridors in its airspace to Israeli Air Force drones seeking to monitor the ongoing conflict in Syria.

Quoting western military officials in the Middle East, the report added that the Israeli drones “can hit a target anywhere in Syria.”

The permission was granted to Israel by King Abdullah II in March during US President Barack Obama’s visit to Jordan, which came immediately after his first trip as president to Israel, the report added.

On April 4, the Syrian government warned Jordan that it was “playing with fire” by allowing the US and other countries to train and arm militants seeking to topple the government of President Bashar al-Assad on its soil.

The Syrian warning came after US and other Western and Arab officials said Jordan has been facilitating arms shipments and hosting training camps for militants operating in Syria since October 2012.

Syria has been experiencing a deadly unrest since March 2011. Many people, including large numbers of security personnel, have been killed in the violence.

The West and its regional allies including Qatar, Saudi Arabia, and Turkey are reportedly giving financial and military support to the militants.