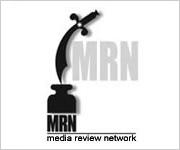 Shortly after the 1979 Islamic Revolution in Iran toppled America’s favoured client state along with the peacock throne that its despot the Shah of Iran occupied, perpetrators of political violence were increasingly being described as ‘terrorists’.

In 1980 the Christian Science Monitor carried an editorial headlined: “Terrorist”. “Terrorist promises to be a catch-all word of the ‘80s,” it declared but warned that it’s a term that bears care in its usage, not only because it provides so “tempting a way to disparage an enemy” but because it is one of those words [like ‘Fire!’ in a crowded theatre] that “automatically creates panic and thus clears the path for extreme acts of one’s own.”

According to Phil Rees in his Dining with Terrorists, two decades later, any residue of caution in the usage of “terrorism” was buried in the wreckage of the World Trade Center. “After September 11th, the term took on a new significance and found its way into everyday language with a meaning that was both imprecise and yet easily understood. To the Western public, terrorism became a symbol of the great challenge to its civilization.”

As the world seemingly sighs a collective sense of relief that suspects dubbed as the Boston Marathon bombers, have been cornered with one killed and the other arrested and hospitalized, questions need to be raised about whether words have consequences.

If the gung-ho type of coverage associated especially with American media is to be used as a yardstick, allegations of terrorism attributed to Dzhokar Tsarnaev and his brother have had severe repercussions.

To cite one example, Sen. Lindsey Graham called on the Obama administration to toss the court system and constitution out the window when handling the suspect. In a series of tweets he urged his government to treat Dzhokar Tsarnaev as “an enemy combatant” despite being an American citizen!

America is “a battlefield because the terrorists think it is,” Graham told the Washington Post. “It sure would be nice to have a drone up there.”

Words do have consequences Rees asserts: “they have the power to persuade, encourage and enrage. They provide a compass that directs a nation to war and soldiers to their death.”

Has anyone offered any evidence that either Dzhokar or his brother Tamerlan, who was killed in mysterious unexplained circumstances by FBI agents, had any terrorist inclinations or links with al Qaeda? No!

Despite this weakness and the fact that no matter how hard US news media tried to find links, the Obama administration has indeed thrown the legal process out the window by refusing to read him his Miranda warning.

This is a serious violation of due process and poses a direct threat to fundamental human rights that flow from the emotional power of the indiscriminate usage of words such as “terrorism”.

Precisely due to the highly charged hype created about the Boston bombings, FBI finds it easy to suspend Miranda knowing there won’t be a public uproar. The interrogation faced by 19-year-old Tsarnaev can thus be abusive and any forced confession extracted can equally be false resulting in a wrongful conviction.

The advantage exploited by the FBI is the knowledge that no one is crying over the rights of the young man accused of killing innocent people. Terrorists don’t deserve to have their rights heard!

Of course unsurprisingly, many of the cheerleaders who applaud the FBI for the erosion of Dzhokar Tsarnaev’s rights are hard-core Israel supporters. Their reasons for linking bombings to what is described as ‘Islamic terrorism’ derives from Israel’s official counter-terror policy premised on fuelling Islamophobia.

They display a naïve sense of deja vu for celebrating attempts to abridge basic constitutional freedoms supposedly to be enjoyed by all Americans including Tsarnaev.

In an effort to profile Tsarnaev as an “Islamist”, Israel lobbyists along with a number of self-proclaimed “terror experts” excitedly dig into his tweets to prove that the Boston bomber is anti-Israel and a Muslim fundamentalist. This dual connection feeds into a narrative intended to project Israel as a victim of mindless bombers of the Boston type and to reinforce an alliance with America in its “war on terror”.

And than the connection with Chechnya! The suspect’s ethnic background though he is a nationalized American citizen, traced to the Russian Caucasus, added to the drama generated by a frenzied media. Reports imply that Tamerlan as the elder brother was the mastermind who harboured anti-American sentiments. In the absence of tangible and credible evidence that pins the elder brother as a crafty “terrorist” or that he possessed links to Chechnya rebels, is it possible to indict a dead man?

America’s unbridled reliance on military means to settle scores or to entrench its “national interest” in foreign lands via dictators, despots and colonial regimes like Israel cannot remain unchecked.

Nor should its indiscriminate application of demeaning lexicon!