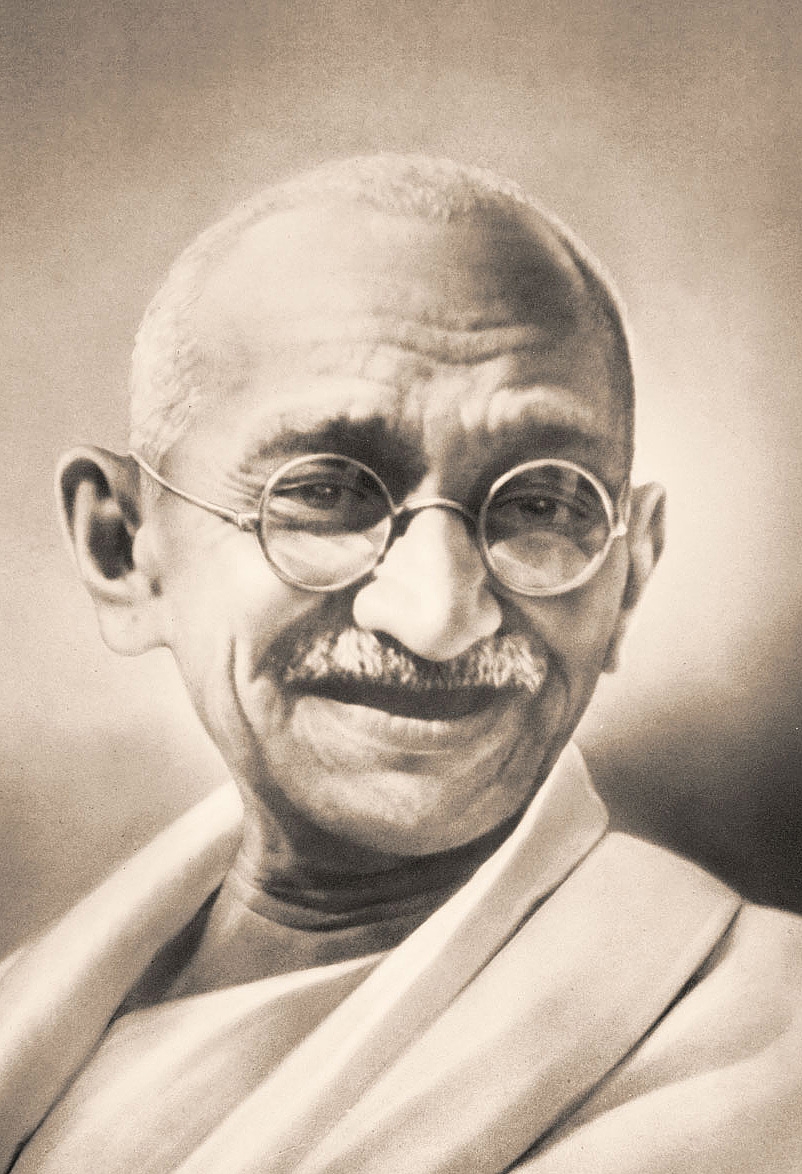 Gandhi’s major statement on the Palestine and the Jewish question came forth in his widely circulated editorial in the Harijan of 11 November 1938, a time when intense struggle between the Palestinian Arabs and the immigrant Jews had been on the anvil in Palestine.

His views came in the context of severe pressure on him, especially from the Zionist quarters, to issue a statement on the problem. Therefore, he started his piece by saying that his sympathies are all with the Jews, who as a people were subjected to inhuman treatment and persecution for a long time.

“But”, Gandhi asserted, “My sympathy does not blind me to the requirements of justice. The cry for the national home for the Jews does not make much appeal to me. The sanction for it is sought in the Bible and in the tenacity with which the Jews have hankered after their return to Palestine. Why should they not, like other peoples of the earth, make that country their home where they are born and where they earn their livelihood?”

He thus questioned the very foundational logic of political Zionism. Gandhi rejected the idea of a Jewish State in the Promised Land by pointing out that the “Palestine of the Biblical conception is not a geographical tract.” The Zionists, after embarking upon a policy of colonization of Palestine and after getting British recognition through the Balfour Declaration of 1917 for “the establishment in Palestine of a national home for the Jews,” tried to elicit maximum international support. The Jewish leaders were keen to get an approval for Zionism from Gandhi as his international fame as the leader of a non-violent national struggle against imperialism would provide great impetus for the Jewish cause. But his position was one of total disapproval of the Zionist project both for political and religious reasons. He was against the attempts of the British mandatory Government in Palestine toeing the Zionist line of imposing itself on the Palestinians in the name of establishing a Jewish national home. Gandhi’s Harijan editorial is an emphatic assertion of the rights of the Arabs in Palestine. The following oft-quoted lines exemplify his position: “Palestine belongs to the Arabs in the same sense that England belongs to the English or France to the French. It is wrong and inhuman to impose the Jews on the Arabs… Surely it would be a crime against humanity to reduce the proud Arabs so that Palestine can be restored to the Jews partly or wholly as their national home.”

Gandhi’s response to Zionism and the Palestine question contains different layers of meaning, ranging from an ethical position to political realism. What is interesting is that Gandhi, who firmly believed in the inseparability of religion and politics, had been consistently and vehemently rejecting the cultural and religious nationalism of the Zionists.

What follows then is that he was not for religion functioning as a political ideology; rather, he wanted religion to provide an ethical dimension to nation-State politics. Such a difference was vital as far as Gandhi was concerned. A uni-religious justification for claiming a nation-State, as in the case of Zionism, did not appeal to him in any substantial sense.

The history of Palestine in the first half of this century has been characterized by the contention between two kinds of nationalism: Zionism and Palestinian Arab nationalism-the former striving for creating a Jewish nation in Palestine by colonizing its land through massive Jewish immigration and the latter struggling for freedom of the inhabitants of the land of Palestine from colonial and imperialist control.

Gandhi, in his role as leader of the national struggle and the Indian National Congress (the organization embodying that struggle), had been actively engaged during the 1930s and 1940s in moulding the perception of the people of India to the nationalist and anti-imperialist struggles in the Arab world. The 1937 Calcutta meeting of the All India Congress Committee (AICC) “emphatically protested against the reign of terror as well as the partition proposals relating to Palestine” and expressed the solidarity of the Indian people with the Arab peoples’ struggle for national freedom. The Delhi AICC of September 1938 said in its resolution that Britain should leave the Jews and the Arabs to amicably settle the issues between the two parties, and it urged the Jews “not to take shelter behind British Imperialism.” Gandhi wanted the Jews in Palestine to seek the goodwill of the Arabs by discarding “the help of the British bayonet.”

Gandhi and the Congress thus openly supported Palestinian Arab nationalism, and Gandhi was more emphatic in the rejection of Zionist nationalism. The major political driving force in such a position was the common legacy of anti-imperialist struggle of the Indians and the Palestinians. Gandhi’s views on the Zionist doctrine and his firm commitment to the Palestinian cause starting from the 1930s obviously influenced the design of independent India’s position on the Palestine issue.

Gandhi’s prescription for the Jews in Germany and the Arabs in Palestine was non-violent resistance. With regard to the Jewish problem in Germany, Gandhi noted, “I am convinced that if someone with courage and vision can arise among them to lead them in non-violent action, the winter of their despair can, in the twinkling of an eye, be turned into the summer of hope.” His views on Zionism and his prescription of non-violent action and self-sacrifice to the Jews in Germany generated reactions ranging from anger to despair. Famous Jewish pacifists, Martin Buber, Judah Magnes and Hayim Greenberg, who otherwise admired Gandhi, felt “highly offended by Gandhi’s anti-Zionism” and criticized him for his lack of understanding of the spirit of Zionism. Martin Buber, in a long reply to Gandhi’s Harijan editorial, remarked, “You are only concerned, Mahatma, with the “right of possession” on the one side; you do not consider the right to a piece of free land on the other side – for those who are hungering for it.”

As mentioned earlier, Gandhi refused to view the Zionist “hunger” for land in Palestine as a right. Gandhi wrote on 7 January 1939 the following in response to an editorial in the Statesman, “I hold that non-violence is not merely a personal virtue. It is also a social virtue to be cultivated like the other virtues. Surely society is largely regulated by the expression of non-violence in its mutual dealing. What I ask for is an extension of it on a larger, national and international scale.”

Also, it is significant to note that, as far as Gandhi was concerned, non-violent action was not pacifism or a defensive activity but a way of waging war. This war without violence also requires discipline, training and the assessment of the strength and weakness of the enemy.

“First, he was sensitive about the ideas of Muslim Indians who were anti-Zionists because of their sympathy for Middle Eastern Arabs opposed to the Jewish National Home; second, he objected to any Zionist methods inconsistent with his way of non-violence; third, he found Zionism contrary to his pluralistic nationalism, which excludes the establishment of any State based solely or mainly on one religion; and fourth, he apparently believed it imprudent to complicate his relations with the British, who held the mandate in Palestine.”

Gandhi withstood almost all Zionist attempts at extracting a pro-Zionist stance from him. G.H. Jansen wrote about the failure of Zionist lobbying with Gandhi:

“His opposition [to Zionism] remained consistent over a period of nearly 20 years and remained firm despite skilful and varied applications to him of that combination of pressure and persuasion known as lobbying, of which the Zionists are past masters.”

Apart from responses to Gandhi’s anti-Zionism from Jewish pacifists such as Buber, Magnes and Greenberg, Jansen points out at least four separate instances of Zionist attempts to get a favourable statement from Gandhi. At first, Hermann Kallenbach, Gandhi’s Jewish friend in South Africa, came to India in 1937 and stayed for weeks with Gandhi trying to convince him of the merits of the Zionist cause. Then, in the 1930s, as requested by Rabbi Stephen Wise, the American pacifist John Haynes Holmes, tried “to obtain from Gandhi a declaration favourable to Zionism”. In March 1946, a British MP from the Labour Party, Sydney Silverman, an advocate of Indian independence in Britain, attempted to change Gandhi’s mind. At the end of their heated conversation, Gandhi stated that “after all our talk, I am unable to revise the opinion I gave you in the beginning.” The fourth Zionist attempt to change Gandhi’s mind was by Louis Fischer, Gandhi’s famous biographer, to whom Gandhi reported to have said that “the Jews have a good case.”

Later, Gandhi clarified in one of his final pieces on Zionism and the Palestine question on 14 July 1946 that “I did say some such thing in the course of a conversation with Mr. Louis Fischer on the subject.” He added, “I do believe that the Jews have been cruelly wronged by the world.”

Gandhi went back to his initial position by categorically stating that “But in my opinion, they [the Jews] have erred grievously in seeking to impose themselves on Palestine with the aid of America and Britain and now with the aid of naked terrorism… Why should they depend on American money or British arms for forcing themselves on an unwelcome land? Why should they resort to terrorism to make good their forcible landing in Palestine?”

There were an influential number of Jews who thought that force, only force, could ensure the establishment of a Jewish national home in Palestine. They adopted terrorism as the method to achieve their national goal. This policy of subjugation of the Palestinians by Zionist terror was totally rejected by Gandhi in no uncertain terms.

A few months before his assassination, Gandhi answered the question “What is the solution to the Palestine problem?” raised by Doon Campbell of Reuters:

“It has become a problem which seems almost insoluble. If I were a Jew, I would tell them: ‘Do not be so silly as to resort to terrorism…’ The Jews should meet the Arabs, make friends with them and not depend on British aid or American aid, save what descends from Jehovah.”

—
Dr. Ramakrishnan is a senior lecturer, Mahatma Gandhi University, Kottayam, Kerala, India. He presented this paper on June 13, 1998 at a seminar organized by the Institute of Islamic and Arab Studies. The seminar was inaugurated by the chairman of India’s National Minorities Commission, Prof. Tahir Mahmoud, who highlighted the traditional Indian support for the Palestinian struggle against Zionist Occupation.

The United States walked out of the September 2001 World Conference Against Racism because it included two contentious issues: Zionism as racism, and reparations for slavery and colonialism.