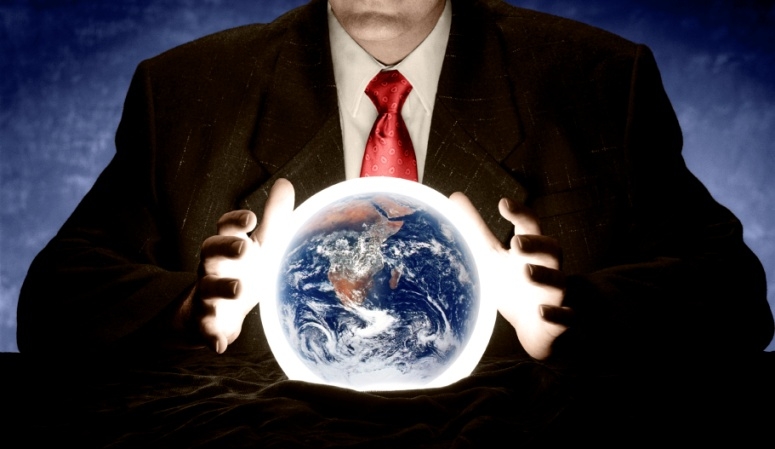 January 02, 2012 “The Independent” — Never make predictions in the Middle East.

My crystal ball broke long ago. But predicting the region has an honourable pedigree. “An Arab movement, newly-risen, is looming in the distance,” a French traveller to the Gulf and Baghdad wrote in 1883, “and a race hitherto downtrodden will presently claim its due place in the destinies of Islam.” A year earlier, a British diplomat in Jeddah confided that “it is within my knowledge… that the idea of freedom does at present agitate some minds even in Mecca…”

So let’s say this for 2013: the “Arab Awakening” (the title of George Antonius’ seminal work of 1938) will continue, the demand for dignity and freedom – let us not get tramelled up here with “democracy” – will go on ravaging the pseudo-stability of the Middle East, causing as much fear in Washington as it does in the palaces of the Arab Gulf.

On the epic scale of history, that much is certain. At the incendiary core of this discontent will be the claims of a Palestinian state that does not exist and may never exist and the actions of an Israeli state which – through its constant building of colonies for Jews and Jews only on Arab land – ensures that “Palestine” will remain only an Arab dream. If 2012 is anything to go by, the Palestinians themselves face the coming year with the knowledge that: 1) neither the Americans nor the Europeans have the guts to help them, because 2) Israel will continue to act with impunity, and 3) neither the Obamas nor the Camerons nor the Hollandes have the slightest interest in taking on the Likudist lobby, which will scream “anti-semitism” the moment the minutest criticism is made against Israel.

Add to this the fact that Mahmoud Abbas and his utterly discredited regime in Ramallah will go on making concessions to the Israelis – if you do not believe me, read Clayton Swisher’s The Palestine Papers – even when there are no more concessions to make. Hamas and Khaled Meshaal will go on denying Israel’s right to exist – thus allowing Israel to falsely claim that it has “no one to talk to” – until the next Gaza war and the subsequent cowardly request from the West which will “urge restraint on both sides”, as if the Palestinians possess Merkava tanks, F-18s and drones. A third Intifada? Maybe. An approach to the International Court to condemn Israel for war crimes in building Jewish colonies on other people’s land? Perhaps. But so what? The Palestinians won an international court case which condemned the building of Israel’s apartheid/security wall – and absolutely nothing happened. That’s the fate of the Palestinians. They’re told by the likes of Tom Friedman to abandon violence and adopt the tactics of Gandhi; then when they do, they still lose, and Friedman remains silent. It was, after all, Gandhi who said that Western civilisation “would be a good idea”.

So bad news for Palestine in 2013. Iran? Well, the Iranians understand the West much better than we understand the Iranians – a lot of them, remember, were educated in the United States. And they’ve an intriguing way of coming out on top whatever they do. George Bush (and Lord Blair of Kut al-Amara) invaded Afghanistan and rid the Shia Iranians of their Sunni enemy, whom they always called the “Black Taliban”. Then Bush-Blair invaded Iraq and got rid of the Islamic Republic’s most loathsome enemy, Saddam Hussein. Thus did Iran win both the Afghan and the Iraqi war – without firing a shot.

There’s no doubt that Iran would fire a shot or two if Israel/America – the two are interchangeable in Iran as in many other Middle East countries – were to attack its nuclear facilities. But Israel has no stomach for an all-out war against Iran – it would lose – and the US, having lost two Middle East wars, has no enthusiasm for losing a third. Sanctions – and here is Iran’s real potential nemesis – are causing far more misery than Israel’s F-18s. And why is America threatening Iran in the first place? It didn’t threaten India when it went nuclear. And when that most unstable and extremist state called Pakistan was developing nuclear weapons, no US threat was made to bomb its facilities. True, we’ve heard that more recently – in case the nukes “fell into the wrong hands”, as in gas which might “fall into the wrong hands” in Syria; or in Gaza, for that matter, where democracy “fell into the wrong hands” the moment Hamas won elections there in 2006.

Now that Obama has entered his drone-happy second presidency, we’re going to hear more about those wonderful unpiloted bombers which have been ripping up bad guys and civilians for more than four years. One day, one of these machines – though they fly in packs of seven or eight – will hit too many civilians or, even worse, will contrive to kill westerners or NGOs. Then Obama will be apologising – though without the tears he expended over Newtown, Connecticut. And here’s a thought for this year. The gun lobby in the States tells us that “it’s not guns that kill – it’s people”. But apply that to drone attacks on Pakistan or Israeli bombardments of Gaza and the rubric changes. It’s the guns/bombs/rockets that kill because the Americans don’t mean to kill civilians and the Israelis don’t wish to kill civilians. It’s just “collateral damage” again, though that’s not an excuse you can provide for Hamas rockets.

So what’s left for 2013? Assad, of course. He’s already trying to win back some rebel forces to his own ruthless side – an intelligent though dangerous tactic – and the West is getting up to its knees in rebel cruelty. Yes, Assad will go. One day. He says as much. But don’t expect it to happen in the immediate future. Or Gaddafi-style. The old mantra still applies. Egypt was not Tunisia and Yemen was not Egypt and Libya was not Yemen and Syria is not Libya.

Iraq? Its own latent civil war will go on grinding up the bones of civil society while we largely ignore its agony; there are days now when more Iraqis are killed than Syrians, though you wouldn’t know it from the nightly news.

And the Gulf? Arabia, where the first Arab awakening began? Where, indeed, the first Arab revolution – the advent of Islam – burst forth upon the world. There are those who say that the Gulf kingdoms will remain secure for years to come. Don’t count on it. Watch Saudi Arabia. Remember what that British diplomat wrote 130 years ago. “Even in Mecca…”