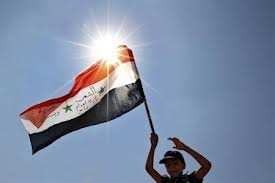 While Syria has become synonymous with death and destruction and an enormously costly struggle for control of arguably the most strategic country in the Arab world persists, it is amazing how much of the world’s media fails to provide context. (By Iqbal Jassat)

For starters, it has reduced the battle as one where warring factions are projected as being unanimous in their demand for Bashar Assad’s head on a platter.

It implies that Syria is not any different to Tunisia, Egypt or Libya and that removing its leader is all that’s required for a successful revolution.

In the absence of reference to the fact that the Assad regime has been built on a dynasty that is deeply entrenched in the military and economy of the country, it would be naïve to believe that a couple of defections will loosen Bashar Assad’s ruthless grip and lead to his fall.

The regime’s history has been marked by being courted by competing powers before, during and following the cold war. This romance necessitated both superpowers to at various intervals turn a blind eye to its repression and merciless massacres.

In addition, the low intensity struggle waged to dislodge Assad snr has for decades been framed in a narrative which media subjectively portrayed as being anti-West, thus allowing the regime’s multi-layered instruments of power to intensify levels of repression in order to extinguish legitimate demands.

Its a story told over and over in relation to all other client-states of western powers: Saudi Arabia, Bahrain, Yemen, Jordan, the Gulf kingdoms and North African states straddling the Mediterranean.

Opposition to these dictatorships have always been viewed in western capitals as detrimental to their interests, thus allowing oppression to prevail without redress for victims.

Tunisia and Egypt are classic examples of the double standards that have now come to haunt western liberal democracies. For decades Ben Ali and Mubarak felt secure in the knowledge that as regional policemen of the military-industrial giants in the west their violent assault of fundamental human rights would be viewed as a necessary evil by their patrons.

Syria has had a similar tale except that its unique reshaping of Arab politics, gave it a distinct advantage above its neighbours.

One such example can be cited from the fact that it broke ranks with the Arab league by opposing Iraq during its invasion and war on Iran. This role didn’t sit well with western imperial goals to exterminate the Islamic Revolution at any cost.

The foremost reason has been that the fall of the Pahlavi Dynasty, robbed both Israel and the west of a formidable tyranny able to do their bidding to stay in power.

It immediately posed huge challenges in the way Assad snr exploited fresh opportunities to exert Syria’s dominance in the region and particularly in Lebanon.

The current relentless crushing of all signs of life in parts of Syria where rebel formations hold sway, is unfortunately reflective of policies embedded within western state structures. It embodies a norm encouraged by the west to snuff out whoever poses a threat to its interests. See Bahrain and Yemen to understand the immorality of double standards.

In Syria’s own neighbourhood take note of western ties to Israel in relation to the long-suffering plight of Palestinians. Wherever you look, double standards stares you in the face. Legitimate freedom struggles whether waged by Yasser Arafat’s PLO or by Hamas was declared terrorism.

The Assad regime fell out of favour mainly due to its manipulation of power in the region and an unwillingness to forsake the Golan Heights captured and occupied by Israel since 1967.

By refusing to play the game according to Israeli dictates, all Arab dictatorships run the risk of losing “friends” in the west. In fact pressure on newly formed governments following revolutions in Tunisia and Egypt to conform to western/Israeli interest is clearly evident.

The context of the battle for Syria and the role of former colonial masters alongside America and the zionist regime of Israel is totally absent in media coverage and analysis.

Lack of substance in most western media commentaries would lead many to ponder whether Iran and Hezbollah are out of touch with the dynamics on the ground.

Who indeed is on the right side of history?

Is it a determined Assad who regards an equally determined opposition as terrorists?

Is it the west and Israel who believe that an armed insurrection can be used as cannon fodder to achieve regime change?

Is it an anxious Saudi Arabia, keen to obstruct domestic demands for change and guided by “friends” in the west to fan flames of sectarianism via its military aid to some rebel formations?

Range of probabilities that exist are in many ways ironic. A supreme irony of course is the idea that western support for those it views as arch-enemies and terrorists is not far removed from its bitter recent experience in Afghanistan.

As the battleground widens allowing for further wanton destruction, it remains to be seen whether Assad’s reign will be short lived or not and whether his inevitable fall will offer Syria as a prize to the west instead of to those in the trenches.