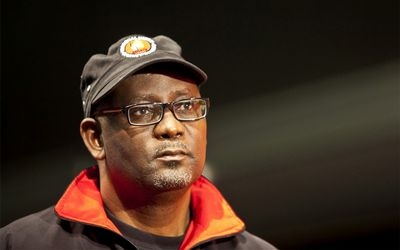 Wits has for a long time been a centre of progressive struggles, even at the height of our struggle against apartheid. You produced outstanding academics and activists, like the internationally celebrated stalwart freedom fighter, Dr David Webster, who was assassinated by the apartheid regime and after whom one of the campuses here was named.

We have numerous challenges in our country, but that is no reason to ignore the desperate plight of many fellow oppressed human beings in other parts of the world.

The cause of the Palestinian people is not separate, but our own cause and responsibility; none of us shall enjoy peace and progress while parts of the world remain under colonial occupation of their own land. Imagine where we would be if millions of people the world over had decided to ignore our plight, citing reasons of their own challenges and difficulties.

Several African countries have still never recovered from the brutal attacks by apartheid on their attempts to develop themselves, when they were making massive sacrifices for our own cause.

In the words of Martin Luther Jnr, “in the end, we will remember not the words of our enemies, but the silence of our friends”. You refused to be silent when other people were and still suffer injustice and pain, wherever they are. This is the ultimate test of our common humanity.

We stand here, in a free, democratic and post-apartheid South Africa, to affirm our unequivocal support for the right of all people to engage in peaceful resistance in defence of their rights and those of others.

We therefore condemn in the strongest terms the fact that Wits University has charged 11 students (9 of them SRC Members) for participating in an SRC-led protest at the Israeli Embassy-sponsored piano concert in which an Israeli (publicly admitted Zionist) was performing.

People the world over protested in the same way against South African apartheid supporters. So how dare we allow students and activists, exercising their right to protest, to be called monkeys, terrorist-agitators, Muslim agitators, merely because they stood up for what is right.

Our domestic struggles are inextricably linked to our international priorities and interests, because we know too well that workers of the world have no choice but to unite and liberate themselves, in the words of the great Marxist philosopher, Karl Marx.

It is the right of students to engage in acts of non-violent direct action in defence of their rights and those of others. The SRC acted in this way in line with their policy of academic and cultural boycott and the Boycott, Divestment and Sanctions (BDS) movement.

The university’s charges are a way to silence their call that all ties should be terminated with the apartheid state of Israel till such a time that Israel ends its occupation of Palestine, recognizes the right of Palestinian refugees to return and grant full equal rights to Palestinians.

This concert, and the protest, happened during the Israeli Apartheid Week campaign, which the SRC participated in and endorses. Now, the charges have left our comrades in great fear of being expelled and thus losing their careers. Students learn not only academically, but also through their active participation in extra-mural and political or social mobilisation for the cause of the greater society in which they live. They can’t isolate themselves from the conditions surrounding them and their people, within and outside their own immediate boundaries.

The university seeks to demobilize the growing BDS movement and opposition to its silence and complicity with Israel and its actions. We should applaud the student leadership of their bravery and conviction to defend and fight for justice, in particular their opposition to Israeli Apartheid, and voicing their frustration when any complicity is shown by the university authorities on their own campus.

We condemn the university’s response of targeting student leadership by charging them. This is not only wrong and undermines the fundamental right to protest, but an indication that the university dismisses the legitimate claims and demands of the students.

It is completely right and constitutionally justified to engage in acts of protest, particularly when all other avenues had been exhausted like in the case of the SRC.

COSATU pledges its full support for the courageous actions you have taken and call upon the university to accept that its primary responsibility and that of the students, is to protect the values espoused in our country’s constitution, which are about affirming human dignity and defending the rights for which so many of our people sacrificed their lives. We stand on the side of those acting to defend humanity, because we believe it is a crime to be neutral in times of injustice and suffering.

This university stood firm and rejected apartheid in our own country. Why should it remain silent or condone similar acts in other parts of the world? The growing global movement for the BDS is an inspiration to all who stand for justice, democracy and freedom from occupation and colonialism.

Our affiliate on this campus, NEHAWU, other progressive forces and academics have a duty to stand up and offer concrete support to these young men and women of conscience. An injury to one is an injury to all.

We are inspired by the words of our veteran, Ahmed Kathrada, who worked alongside our giant Nelson Mandela for almost half a decade in and outside jail. On his return from Palestine last week, he pointed out that all the features of the state of Israel confirm only one thing – it’s an apartheid state and leaves us no choice but to do what is right and support fellow comrades fighting for their freedom.