You, Mr Obama, are no different from our Bantustan leaders 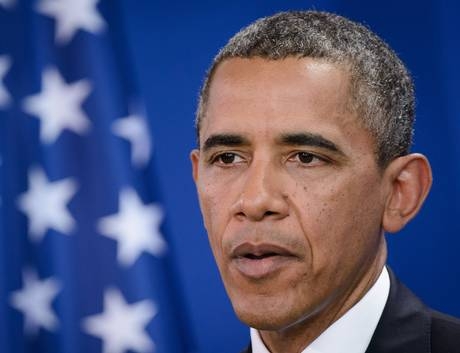 You, Mr Obama, are no different from our Bantustan leaders

Your election as the first President of the United States of America of African ancestry aroused immeasurable passions among the great multitude in our continent and around the world.

The forlorn hope was premised on the retrospectively foolish idea that because your forbearers were of those who had been dehumanized, hunted, captured, brutalized and ‘civilized’ throughout history, your leadership of the sole hyper-power on the planet would usher a period of decency, respect of human life, justice and peace.

Listening to your ‘Hopey’ enunciations, our people believed that the God of the dispossessed, tyrannized and abandoned had at last heard their raw and enduring prayers and had raised a son of their seed to redeem their humanity and medicate their future.

On the 27th of November 2008, the day of your election, we cried and danced in the slums of Nairobi, the barrios of Caracas, ghettos of Detroit, gutters of Khayelitsha, hell zones of Cite Soleil, the brutally occupied territories of Palestine, in Manshiet Nasser of Cairo, in the shanty towns of Mumbai, the Al Qaryahs of Bayda, and in the many wastelands around the globe.

Your election, which was energized by the young people of the United States, we were convinced, was a repudiation of the callousness, force, contempt and criminality with which the powerful from the industrialized West treated the majority of men. More importantly we hoped your victory signalled the beginning of the end of the 500 year war that the West has waged against the rest of humankind.

The oratory subterfuge notwithstanding, your presidency, Mr Obama, has been a geyser of gunk, incessant deceit and vacuity. Not only have you inherited the boorish and fantastical logic of imperial grandiosity, but you have embellished it to frightening heights. In an attempt to arrest the terminal historic decline of the US’ global hegemony and retain its position as the gendarme of capital accumulation, you have cultivated and harnessed an infrastructure of control, domination, death and destruction and thus ensuring a brutal future for the majority of humanity.

In a delicious irony, tragic-comic in proportion, Lady History has elected you Mr Obama, a lawman by trade of African descent, to preside over the systematic defiling of the rule of law, and in turn magnify the death of a democratic consciousness and ascendance of thuggery among the ruling elites in the West.

Your administration has overseen a historic transfer of wealth from the public to the rapacious banksters to whom you are beholden. You have exhibited cold indifference, save for the empty rhetorical platitudes, to the most serious job crisis since the Great Depression, which has devastated especially African American communities, and left millions in destitution.

You have intensified the hunting of the Black liberation revolutionary, Assata Shakur, who sought refuge in Cuba in 1979, escaping from the racist American industrial gulag that disproportionately incarcerates Black and Hispanic youths. In your sanctimonious lecturing, please tell the young people at the University of Johannesburg why you ordered the murder of the 16 year old, Abdulrahman al Alawaki.

Better yet, advice them on the rational for a former teacher of law to grant himself the right to secretly kill his own citizens and anyone else the corporate-industrial police state deems a ‘terrorist’.

Mr Obama, exhibit some moral probity, not your strong suit I know, in front of the young impressionable minds you will be addressing and express some remorse for the thousands of women and children that you have killed and injured in your ‘signature’ drone strikes.

Tell the young people, why Bradley Manning, a real American hero, who exposed the true and ugly face of American militarism and criminality, has been arrested and treated in a ‘cruel and inhumane’ manner according to the United Nations, whilst those whom he exposed continue to live in impunity.

The ‘humanitarian’ industrial violence you discharged on the then sovereign state of Libya, which you don’t consider to have been a war, because no American soldier died, has unleashed a racist pogrom against Black Africans by your ‘freedom fighters’. Any word for the victims of your liberators, Mr Obama? Under your presidency, and largely because of the unforgivable stupidity of African leadership in this generation, the American empire is building the infrastructure for AFRICOM military command- a feat that your buffoonish predecessor could not achieve.

You, Mr Obama, son of a Kenyan father, are no different from the Bantustan leaders that we had in this country, and no amount of lyrical gymnastics will change the facts of your presidency.