Egypt: Military Has Done It Again! 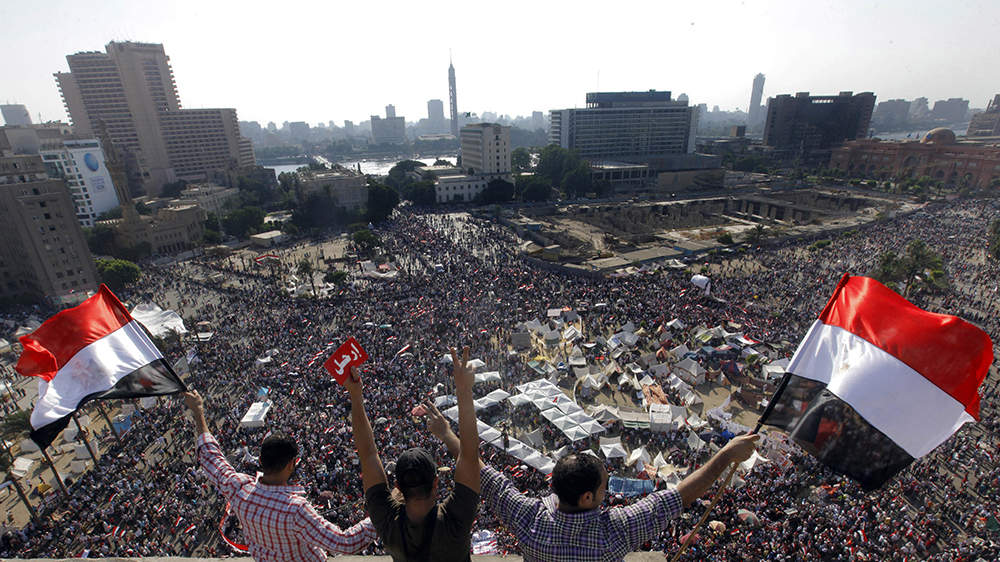 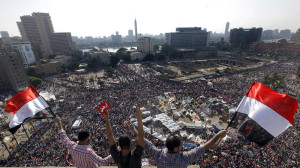 I remember watching the overthrow of the dictator Mubarak on international news channels with irrepressible excitement and hope. The waving Egyptian flags and timeless pictures depicting the celebrations taking place in Tahrir Square left me with a feeling of anticipation for a great future ahead for Egypt as a country. Following their first ever democratic elections and the processes associated with it only served to increase my intense feelings of optimism and triumph of freedom over tyranny. However, the latest developments in Egypt have left me somewhat dejected and rather disappointed in the Egyptian people.

For those opposed to Morsi and the Muslim Brotherhood (MB), the coup de’tat is seen as supporting a popular uprising. For Morsi’s supporters who had respect for democratic governance and the rule of law, the overthrow of Muhammed Morsi must be described as nothing but a military coup.

The Muslim Brotherhood was not afforded a fair and equal chance to rule the country they were democratically elected to lead. Hardly a quarter of a way through his term Muhammed Morsi, who had been held to unfair standards and unrealistic expectations from the very outset of his election, has been ousted from his position of leadership. That too, it has fallen under the identity of a military coup meaning that the Egyptian people are once again under the rule of the military- an ironic situation seeing as the military always played a pivotal role under the Mubarak regime. It is interesting to note at this point that the USA has provided the Egyptian military with significant financial aid since the 1970s, with president Obama pledging $1,3 billion to SCAF this year!

So why is it that Morsi and the Muslim Brotherhood have been vilified, when the events of the past year would allude to the fact that the Brotherhood has often been the victim, rather than the instigator, of violence? Thirty Muslim Brotherhood offices have been set ablaze or destroyed, and some members of the Brotherhood have been killed or burned alive, with many others being subject to systemic violence. The 2011 uprising against the Mubarak regime was, with some isolated incidents, overwhelmingly non-violent and yet in a short period of time, some in Egypt have become convinced that aggression against an elected president and ruling political group is legitimate. When the Egyptian people had been waiting for over thirty years for a democracy, why was the elected party given less than a year to try and lead Egypt out of the dark abyss of it mess of an economy and numerous environmental, health, transportation, education, and energy crises?

The answer is simple. The call for a “new” revolution was made just 2 months after Morsi had been elected (when his nationwide popularity rating was at 70%) and the culmination of efforts by the numerous counter-revolutionary groups, 2012 presidential candidates Hamdeen Sabbahi and Amr Moussa and the Western-backed military is the coup we witness today. Through a well-crafted and intricate media propaganda campaign against the Muslim Brotherhood, the Egyptian people have been fooled into believing, via the main news outlets and countless Egyptian journalists who see themselves more as political activists than objective commentators, the that Muslim Brotherhood has no national interest at heart and is rather driven by their own personal agendas. While Morsi has made some leadership mistakes (which leader hasn’t?) he and his party have been unfairly maligned. The anti-Morsi smear campaign has involved painting Morsi as a leader unconcerned for the welfare of the general Egyptian. Mohamad Elamasry, who has studied this discourse for 11 years, has described the propaganda machine against Morsi and the Muslim Brotherhood as unlike anything he has ever seen before.

The opposition was ready to start plotting against the Muslim Brotherhood almost as soon as their rule began. With the current state of affairs, Egypt is in one big mess and it looks as if the counter-revolutionaries have been successful in their plan of destabilisation. For now.