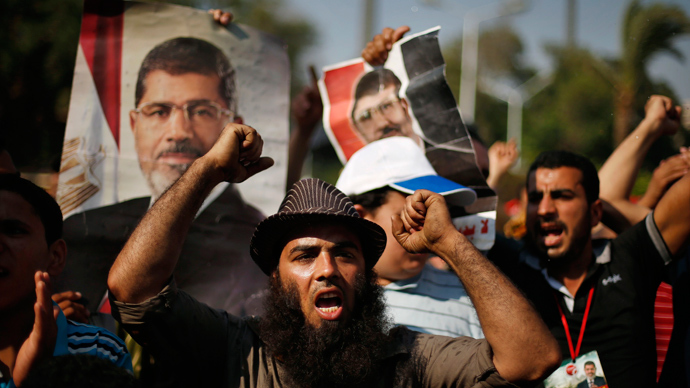 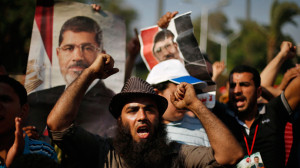 I do agree with much of what he has written, the glaring omission is the intransigence displayed by the secularist/liberals as soon as Muhammed Mursi was elected President.

The Hosni Mubarak-era media owners, regime loyalists, and key members of Egypt’s liberal and secular opposition have teamed up to generate arguably one of the most effective misinformation campaigns in recent political history. This propaganda machinery demonized Mursi and the Muslim Brotherhood as soon as they came into power. They openly called for the overthrow of the democratically elected President and the imprisonment of Brotherhood members.

Brotherhood members have been the victims of organized violence, including killings and arson, burning down the Muslim Brotherhood and government offices. The Brotherhood was portrayed as lacking in integrity and not fit for political participation.

Within this propaganda discourse, the Muslim Brotherhood was portrayed as being un-Egyptian. Gamal al-Ghitani, a political commentator and a novelist, referred to the Brotherhood as a foreign organisation and their rule of Egypt as foreign occupation. Opposition forces in Egypt claim that, having secured the presidency, the Brotherhood has moved to take over various government ministries, the judiciary, the armed forces, the media, and other aspects of Egyptian society and culture. The opposition points to Morsi’s administrative appointments and the domination of the constitutional assembly.

As far as state institutions go, Mursi had no control of the army. He could not make any appointments in the army. Brotherhood members could not be appointed as they were not qualified. Similarly, the judiciary is subject to a formal system of appointments, depending on qualifications and experience. The judiciary is dominated by pro-Mubarak elements because the Brotherhood does not have suitably qualified candidates. The Interior Ministry is also dominated by the same Mubarak era faces. The police and security forces have refused to protect the Muslim Brotherhood and have also organized anti-Brotherhood strikes. In government, only ten of the 27 governors and 11 of the 35 cabinet ministers were from the Muslim Brotherhood. Is 35% representation excessive for the ruling party? Moreover, and importantly, Morsi has offered numerous government positions to opposition politicians, but they have declined for various reasons. Some simply have not wanted to affiliate themselves with a Brotherhood government. To illustrate the point, former presidential candidate, Hamdin Sabbahi, acknowledged during a radio interview that he was offered the post of vice president which he declined.

There is no doubt that Mursi and the Brotherhood have made mistakes, including failing to share enough political decision making with liberals. It must also be acknowledged that Mursi inherited a wrecked economy, health, education and energy crises. In any case, what becomes clear from any serious reading of Egyptian politics is that there are groups in Egypt–Mubarak regime remnants, media figures, and members of the opposition–that refuse to let the Brotherhood rule the country.

At best, the Muslim Brotherhood was struggling to solve Egypt’s innumerable problems, simultaneously battling thugs in the street, a treasonable opposition, corruption in the judiciary, and a state that was in shambles at many levels. At worst, they are incompetent rulers. Even if the incompetence theory proves true, the Brotherhood does not merit violence or overthrow, notwithstanding what the propaganda war against them may recommend.