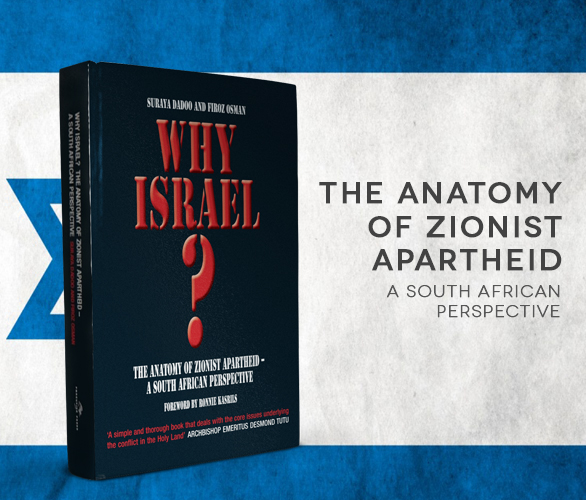 Tweet from @ijassat: Jack Bloom and his pro-Israel leaning is reason ‪#‎DA‬ can forget to garner any substantial vote swing in its favour. ‪#‎StillbornCandidacy‬

Jack Bloom, a Democratic Alliance MP and staunch supporter of Israel, has called MRN ‘master propagandists’. (Bloom, J., 2005, Out of Step: Life-Story of a Politician, Politics, and Religion in a World at War, Self-published, p. 141.)

Zionist lobbyists have consistently framed MRN as ‘terrorist supporters’ because of the organisation’s resolute advocacy for Palestinian human rights and its insistence that voices belonging to resistance groups like Hamas, unfairly designated as ‘terror groups’ by Israel and the United States, be heard. (Part 9 Israel’s PR Battles, The campaign against MRN, Page 431 in ‪#‎WhyIsrael‬? The Anatomy of Zionist Apartheid – A South African Perspective )