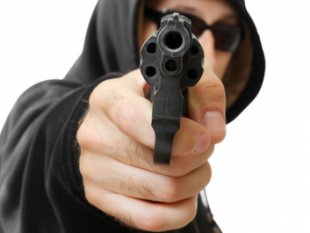 From Fox News to the Weekly Standard, neoconservatives have tried to paint terrorism as a largely or exclusively Islamic phenomenon. Their message of Islamophobia has been repeated many times since the George W. Bush era: Islam is inherently violent, Christianity is inherently peaceful, and there is no such thing as a Christian terrorist or a white male terrorist. But the facts don’t bear that out. Far-right white male radicals and extreme Christianists are every bit as capable of acts of terrorism as radical Islamists, and to pretend that such terrorists don’t exist does the public a huge disservice. Dzhokhar Anzorovich Tsarnaev and the late Tamerlan Anzorovich Tsarnaev (the Chechen brothers suspected in the Boston Marathon bombing of April 15, 2013) are both considered white and appear to have been motivated in part by radical Islam. And many terrorist attacks in the United States have been carried out by people who were neither Muslims nor dark-skinned.

When white males of the far right carry out violent attacks, neocons and Republicans typically describe them as lone-wolf extremists rather than people who are part of terrorist networks or well-organized terrorist movements. Yet many of the terrorist attacks in the United States have been carried out by people who had long histories of networking with other terrorists. In fact, most of the terrorist activity occurring in the United States in recent years has not come from Muslims, but from a combination of radical Christianists, white supremacists and far-right militia groups.

Below are 10 of the worst examples of non-Islamic terrorism that have occurred in the United States in the last 30 years.

1. Wisconsin Sikh Temple massacre, Aug. 5, 2012. The virulent, neocon-fueled Islamophobia that has plagued post-9/11 America has not only posed a threat to Muslims, it has had deadly consequences for people of other faiths, including Sikhs. Sikhs are not Muslims; the traditional Sikh attire, including their turbans, is different from traditional Sunni, Shiite or Sufi attire. But to a racist, a bearded Sikh looks like a Muslim. Only four days after 9/11, Balbir Singh Sodhi, a Sikh immigrant from India who owned a gas station in Mesa, Arizona, was murdered by Frank Silva Roque, a racist who obviously mistook him for a Muslim.

But Sodhi’s murder was not the last example of anti-Sikh violence in post-9/11 America. On Aug. 5, 2012, white supremacist Wade Michael Page used a semiautomatic weapon to murder six people during an attack on a Sikh temple in Oak Creek, Wisconsin. Page’s connection to the white supremacist movement was well-documented: he had been a member of the neo-Nazi rock bands End Empathy and Definite Hate. Attorney General Eric Holder described the attack as “an act of terrorism, an act of hatred.” It was good to see the nation’s top cop acknowledge that terrorist acts can, in fact, involve white males murdering people of color.

2. The murder of Dr. George Tiller, May 31, 2009. Imagine that a physician had been the victim of an attempted assassination by an Islamic jihadist in 1993, and received numerous death threats from al-Qaeda after that, before being murdered by an al-Qaeda member. Neocons, Fox News and the Christian Right would have had a field day. A physician was the victim of a terrorist killing that day, but neither the terrorist nor the people who inflamed the terrorist were Muslims. Dr. George Tiller, who was shot and killed by anti-abortion terrorist Scott Roeder on May 31, 2009, was a victim of Christian Right terrorism, not al-Qaeda.

Tiller had a long history of being targeted for violence by Christian Right terrorists. In 1986, his clinic was firebombed. Then, in 1993, Tiller was shot five times by female Christian Right terrorist Shelly Shannon (now serving time in a federal prison) but survived that attack. Given that Tiller had been the victim of an attempted murder and received countless death threats after that, Fox News would have done well to avoid fanning the flames of unrest. Instead, Bill O’Reilly repeatedly referred to him as “Tiller the baby killer.” When Roeder murdered Tiller, O’Reilly condemned the attack but did so in a way that was lukewarm at best.