Beware of “politicians and their lies,” says Palestinian author 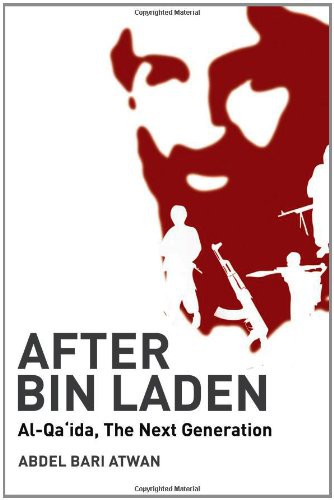 Abdel Bari Atwan, until recently editor-in-chief of the London-based newspaper Al-Quds Al-Arabi and widely recognized as a leading expert on al-Qaida, has delivered a contemptuous assessment of Western intelligence and security institutions to an audience at Edinburgh International Book Festival in Scotland.

Atwan, born in Deir al-Balah refugee camp in Gaza, is perhaps most famous in the English-speaking world for having interviewed Osama Bin Laden, and as the author of several books on militant Islamism. His autobiography, A Country of Words, was published in 2007.

“I am not impressed with Western security,” he said during a debate chaired by senior BBC journalist Gavin Esler and also featuring security journalist Mark Huband. “It took them twenty years to find Osama Bin Laden. They are very successful at spying on you and me but when there is a big issue … there is now al-Qaida in Sinai and Yemen and Syria and everywhere.”

In response to the Western perspective on US and British spying in the Middle East, Atwan pointed out that “we [in the Middle East] are at the receiving end whether the intelligence services are mistaken or right.” He cited the most obvious example — the weapons of mass destruction allegations against Saddam Hussein’s regime in Iraq, which turned out to be false.

Referring to a much more recent instance, he told the story of a Yemeni taxi driver who contacted him asking if Atwan could help obtain a letter from the Pentagon or the CIA. So many of the driver’s colleagues in Yemen had been killed in drone strikes that he wanted to avoid a similar fate.

Oil is “most important”

“It’s not the intelligence services we most need to worry about,” claimed Atwan, “it is the politicians and their lies.” Having met Egyptian President Muhammad Morsi a month before the recent coup, Atwan was invited to dinner by military leaders who told him “things are bad, we have to take over.”

As a result Atwan predicted the Egyptian military takeover, and went on to berate Tony Blair and Barack Obama for their rapid denial that a coup had occurred.

In the end, stated Bari, “oil is the most important thing to understand in the Middle East. Wars in the Middle East are launched for two reasons — to protect Israel and for oil. In Syria, there is no oil, so thousands die without any intervention. In Libya, a few hundred are killed and the West intervenes.”

“I don’t think anyone will invade Syria for its pistachio nuts,” he quipped