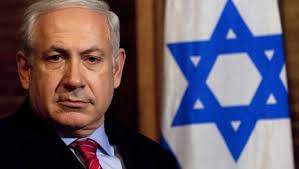 The Media Review Network (MRN) is not surprised at the decision by the Israeli Prime Minister not to attend the Memorial Service of our international icon Nelson Rolihlahla Mandela. If he attended he would have been damned and in his absence he is also damned.

This decision by Netanyahu created an enormous problem for the foreign policy advisors in Tel Aviv. They were forced to send a Ukrainian immigrant whose father converted to Christianity. Yuli-Yeol  Edelstein, speaker of the Knesset, was asked to represent the Zionist State at the Memorial Service.

Edelstein is noted for his misrepresentation of Nelson Mandela’s philosophy of reconciliation. He said that Madiba denounced violence before negotiating with the Apartheid regime, when in fact he (Mandela) only did that after the Nationalist Government did so and Apartheid was dismantled.

A recent settler to Palestine, Edelstein still holds on to the Israeli version of Apartheid. As leader of the Zionist delegation to the Memorial, he trampled on every  belief Mandela held sacred. He is the speaker of the Knesset which has sanctioned the detention of immigrants from Africa and eventual deportation.  He speaks for a government that says that African immigration threatens the very social  fabric  of the Jewish state, the existence of that state and that black people think that Israel does not belong to white people.

The MRN reminds the International community at the Memorial Service of  Tata Madiba, that the conflict in Palestine is about theft, dispossession, colonialism, occupation, racism and ethnic cleansing. We pose the question: Is the Zionist ideology which Edelstein represents,  compatible with what Madiba stood for?  The truth of the matter is that Israel continues  to threaten, bully and attack the indigenous people of Palestine.