SHARON’S DEATH: DEMISE OF ISRAEL NEXT? 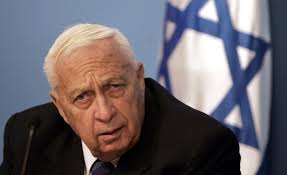 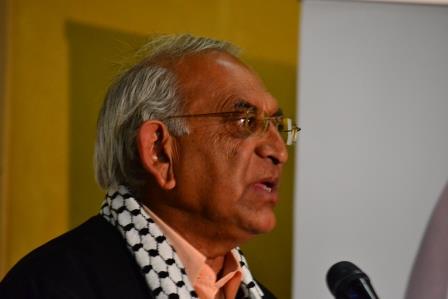 Much has been written and talked about Ariel Sharon since his death following an eight year long coma. Not surprisingly, Israeli leaders have been rather subdued in their praise despite liberal use of metaphors to categorize him among those who played a pivotal role in defining the regime’s military ‘prowess’.

Some may wonder whether the sense of hesitancy displayed by Shimon Peres, Benjamin Netanyahu and even Ehud Olmert has to do with internal rivalries that stretch back to Sharon’s removal of Jewish settlements in the Gaza Strip or with his gung-ho style of leadership.

Others may suggest that Sharon’s arrogance, bullying and reckless military forays have turned out to be a huge liability for Israel rather than any glory Peres or Netanyahu sought to project.

Whatever the reasons may be, my reading of the events since his death was announced, is that Israel is afraid of opening a can of worms especially at a time global solidarity for it is waning.

On the contrary and much to Israel’s shock and horror, the international campaign of boycott, divestment and sanctions [BDS] is growing at a phenomenal rate. This frightening reality is at the core of frenzied debates currently among the ruling elite. They grudgingly realize that as international solidarity around BDS grows, none of their western allies and America in particular, will be able to stem the tide.

The timing of Sharon’s death has not augured well either. Israel knew that in dealing with any ceremonial ‘last rites’, commentators and analysts including media would necessarily have to unearth his past records. That these are mired in controversy goes without saying. However, the tough challenge faced by the regime’s Hasbara [propaganda] units has been how to downplay Sharon’s bloody legacy.

One of the routes they opted upon seems to have been a rush to get his burial over. This they hoped would minimize the extent of public exposure of his vicious crimes. In addition they opted to whitewash Sharon’s wilful massacres by deceptively painting over it in colours they vainly hoped will hide his rusty side. In this regard Tony Blair’s deployment as one of Sharon’s ‘praise-singers’ was to be expected. Not only did Blair excel in whitewashing the murderer as a ‘great statesman’, he did so blatantly and without any regard for his own credibility as an envoy for the Quartet.

Not that Blair enjoys any credibility given the atrocities committed under his reign by the British as allies of America’s destructive and wholly illegitimate ‘war on terror’.  Like Sharon, Blair is a war criminal and perhaps appropriate too that in paying tribute to the former military commander, he unwittingly gave impetus to human rights organisations to redouble their efforts in securing his conviction at the Hague.

Sharon may have escaped the noose but the edifice of injustice and apartheid that carries his signature awaits demolition. The armory possessed by global solidarity activists to bulldoze Israel as a colonial settler entity is no different to the ammunition used by anti-apartheid freedom warriors: boycott, divestment and sanctions.

Hasbara, notwithstanding the fact that its active units in various regions around the world enjoy unlimited funding from state coffers, failed dismally to prevent a profile of Sharon by the international media that’s at odds with its ‘whitewash campaign’. The correct profile depicts him as a war-monger whose entire career – whether in the military or as a politician – was devoted to crushing Palestinians at any cost.

For South Africa’s Hasbara unit it’s been worse. Here they had hoped that Sharon’s murky past which placed him squarely in the corner of the apartheid regime with intimate ties to its intelligence and military, would remain buried and forgotten. I could well imagine their predicament of having to counter well-established facts by credible researchers of his perverse collaboration in a climate where the country as a whole celebrates the end of apartheid.

A country that is freshly inspired by memories of the struggle and sacrifices endured by the nemesis of apartheid Nelson Mandela, cannot be expected to be sympathetic to people of Sharon’s ilk who not only supported an obnoxious system, but also actively undermined the freedom struggle.

“Brothers in Arms” is how Sasha Polakow-Suransky describes this unholy relationship in his ground-breaking study “The Unspoken Alliance” which reveals Israel’s secret ties with apartheid South Africa and Sharon’s despicable role.

“Sharon, Eitan, and many of their contemporaries were convinced that both nations faced a fundamentally similar predicament as embattled minorities under siege, fighting for their survival against what they saw as a common terrorist enemy epitomized by Nelson Mandela’s African National Congress [ANC] and Yasser Arafat’s Palestine Liberation Organisation [PLO]”.

Sharon’s policy of overwhelming force against Arafat’s PLO and the Palestinians was shared by Pretoria’s generals in their combat of so-called “terrorist” groups.

The subdued atmosphere marking Sharon’s burial and efforts to cast him as a “great statesman” reflects how desperate Israel is to fend off an unstoppable BDS tsunami threatening its legitimacy and existence as a settler regime.