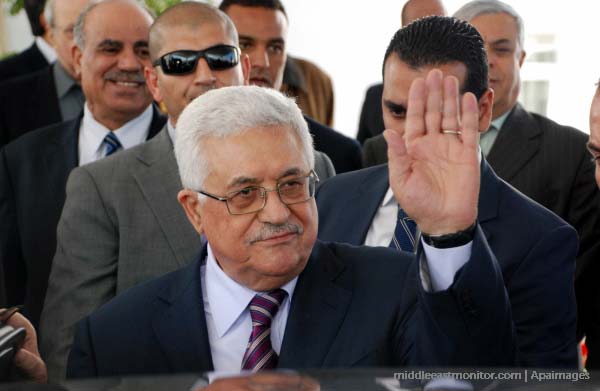 While Netanyahu reiterated the importance of the international community’s assistance in persuading Palestinians to grant the acknowledgement, the Palestinian Authority (PA) persists in its fragmentation of the Palestinian identity through the usual contradictory statements; fluctuating between assertions of recognition and the willingness to compromise any semblance of self-determination.

Netanyahu has repeatedly exhorted Palestinians to recognise Israel as a Jewish state – a demand which invalidates the existence of the illegal settler-colonial state. With the possibility of further boycott actions against Israel, Palestinian recognition of the Jewish state becomes crucial to maintaining Israel’s fabricated legitimacy.

While the PA has refused to acknowledge Israel as a Jewish state, prompting Israel, there has been no aversion on behalf of the PA to compromising Palestinian self-determination by aligning itself with imperial interests and upholding Israel’s security as a priority to the detriment of Palestinians.

PA President Mahmoud Abbas has already demonstrated his allegiance by agreeing to prolong the border security entrusted to Israel and NATO.

During a symposium held in Munich last Sunday, Senior Palestinian negotiator Saeb Erekat confronted Israel’s Minister of Justice Tzipi Livni’s insistence upon the superiority of the imagined Zionist narrative and the use of Hebrew toponymy in reference to the colonised Palestinian towns incorporated with the colonial state, as well as the West Bank.

In apparent retaliation, Erekat said: “When you say ‘accept Israel as a Jewish State’ you are asking me to change my narrative.” The primary flaw within the statement is attributing benevolence to Israel. The Zionist state does not ask for narratives to be compromised, it demands and embarks upon the annihilation of Palestinian subaltern history and memory in order to fabricate its imagined narrative.

Israel’s destruction of Palestinian memory is not a new phenomenon. Colonial processes have always depended upon obliterating indigenous narratives as a historical collective. Therefore simplifying memory as an individual experience disassociated from the collective increases the fragmentation of the Palestinian identity.

Instead of emphasising the various Palestinian narratives as components of a shared history, the PA continues to embark upon disassociation from history and identity by seeking compromising agreements and expecting the international community to intervene on its behalf against Israel.

Despite the incessant negation of Israel as a Jewish state, the PA’s compromise with Israel and imperialist demands has generated rifts within Palestinian society, as well as the perception of Palestine as a single entity necessitating the dismantling of the occupation state.

The PA’s endorsement of the two state solution based on the 1967 borders is a compromise which changes Palestinian narratives through the obliteration of the atrocities committed during the Nakba and the marginalising of Palestinian refugees.

A more substantive effort could be directed at exposing Israel’s dependence upon fabricated legitimacy to sustain its colonisation of Palestine without accountability.