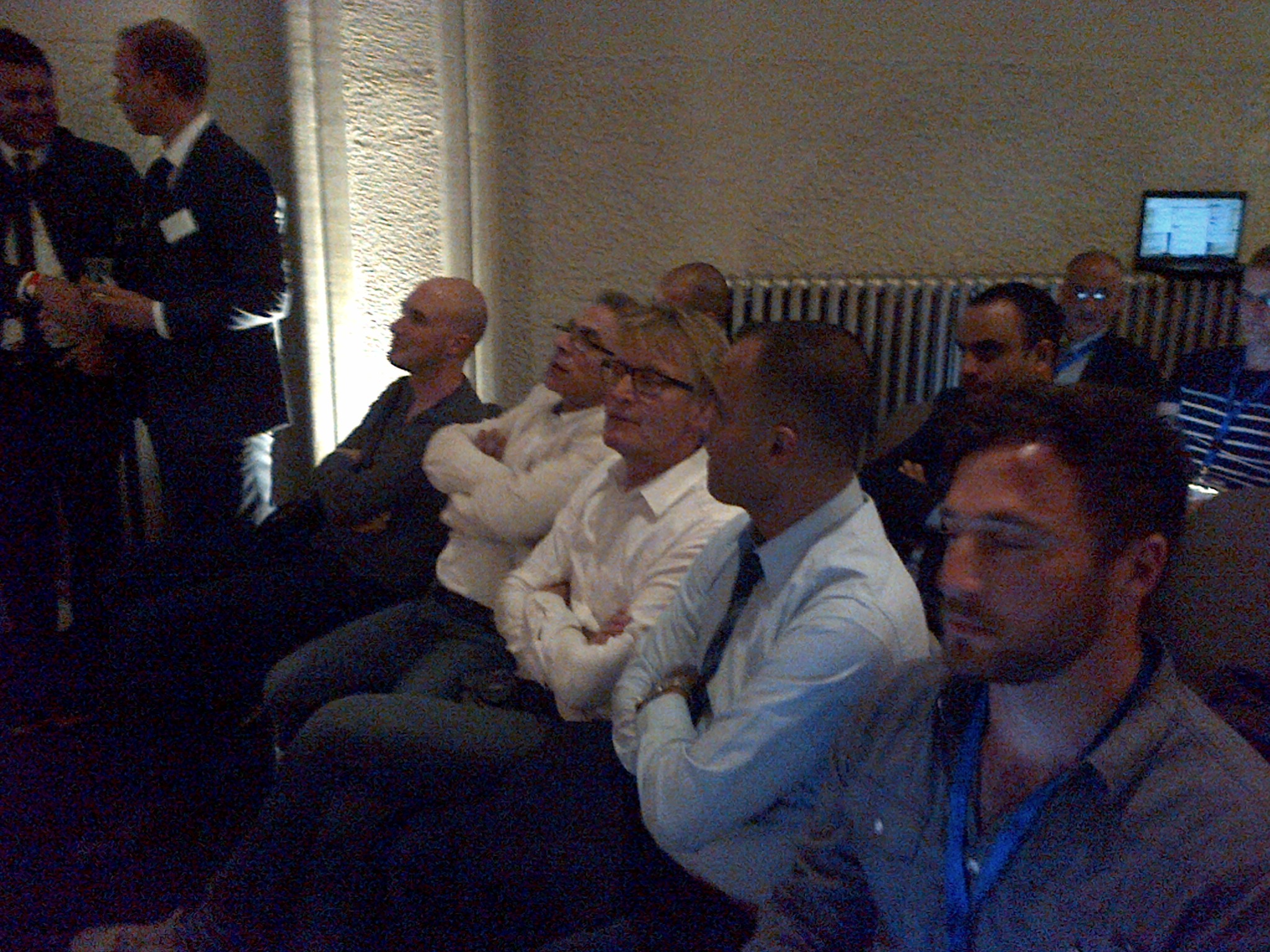 An extraordinary session of the Russell Tribunal on Palestine on Israel’s summer Gaza offensive has found evidence of war crimes, crimes against humanity, crimes of murder, extermination and persecution and incitement to genocide.

The evidence and findings come on the heels of numerous claims of severe breaches of international law by the Israeli military by the likes of Amnesty International, Human Rights Watch, and, most recently this week, the International Committee of the Red Cross. There is an ongoing UN Human Rights Council-mandated inquiry into alleged war crimes, due to report in March 2015.

Meeting in Brussels on Wednesday, the jury – including figures such as legal scholar Prof. John Dugard, Michael Mansfield QC, former UN human rights chief Prof. Richard Falk, Pink Floyd’s Roger Waters, Egyptian novelist Ahdaf Soueif and Ken Loach – heard testimonies from a host of witnesses, many of whom had been in the Gaza Strip during so-called ‘Operation Protective Edge’.

The Tribunal’s findings, which it presented in the European Parliament Thursday, state that “the cumulative effect of the long-standing regime of collective punishment in Gaza appears to inflict conditions of life calculated to bring about the incremental destruction of the Palestinians as a group in Gaza”.

The Tribunal said it had found evidence of numerous war crimes, including wilful killing, extensive destruction of property not justified by military necessity, intentionally directing attacks against a civilian population and civilian objects, disproportionate use of force, attacks against buildings dedicated to religion and education, the use of Palestinians as human shields, and using munitions of a nature to cause superfluous, indiscriminate injury.

The Tribunal also noted a “vitriolic upswing in racist rhetoric and incitement” in Israeli society, drawing on evidence that included the testimony of Israeli journalist David Sheen and his disturbing presentation of quotations by Israeli religious and political leaders, inciting and advocating for war crimes, sexual violence, and racial hatred.

Prof. John Dugard, former UN special rapporteur for human rights in the Occupied Palestinian Territories, began the day with a legal overview of key questions such as the legal status of the Gaza Strip as under occupation. Dugard highlighted how Israel sees Gaza as a “hostile entity”, a concept unknown to international law, and also touched on the blockade as a form of politically-motivated, collective punishment.

The South African legal scholar also pointed out that the Israeli claim about ‘self-defence’ is misleading in the sense that the rocket fire was not coming from an independent state but rather from a population conducting resistance to occupation.

There then followed a succession of witnesses, who shared harrowing testimonies about the nature of Israel’s attack on the Gaza Strip. These included Desmond Travers, a retired Irish Army colonel and member of the 2009 Goldstone inquiry, who discussed the kinds of munitions used by the Israeli army both in past attacks, and during this current one. There was also Eran Efrati, an Israeli army veteran, who shared evidence he had gathered from soldiers who had participated in this summer’s ground invasion, and who elaborated on the brutal approach taken in the attack on Shuja’iyya.

The only Palestinian who managed to leave the Gaza Strip in order to attend the session was journalist Mohammed Omer. His gripping presentation on the lived reality of Israel’s attack, as an eyewitness to the carnage, included powerful photographs that captured the moment an Israeli missile blew up a home.

Even more harrowing was the testimony by Norwegian doctor Mads Gilbert, who gave evidence about Israel’s attacks on hospitals and clinics, damage he described of being at an “unbelievable level” – and it was also unbelievable, he added, that Israel gets away with it. He was followed by Norway-based Palestinian surgeon Mohammed Abou-Arab who, like Gilbert, treated the dying and wounded over the summer.

British journalist Paul Mason, who covered the Gaza war for Channel 4 News, gave a compelling testimony in which he identified a number of potential breaches of international law. Examples given by Mason included the “reckless and indiscriminate shelling of civilian areas”, and “targeted strikes on homes where family members were certain to be killed”.

Mason spoke of arbitrary kill zones, the destruction of civil infrastructure, and collective punishment (citing the notorious Rafah attack). Mason also said that he had asked the IDF to define the geographical area specified in their famous ‘warning’ leaflets, but that they could not do so.

In a particularly striking moment, Mason discussed the shelling of an UNRWA school on July 30, showed photographs from his own visit to the site, and handed members of the jury fragments of the high explosive artillery shells that cut down the sheltering men, women and children.

Other witnesses included Martin Lejeune, who showed photographs and shared stories from his visits to factories and manufacturers whose livelihoods and facilities were destroyed in Israeli attacks. Beyond the immediate damage caused by the strikes, Lejeune described how hundreds of family-supporting employees in these factories have been left unemployed.

The last two witnesses to focus on the impact of the Israeli military’s offensive were Ivan Karakashian, of DCI-Palestine, and U.S. journalist Max Blumenthal. Karakashian began by reminding the jury that Israeli forces killed an average of 10 children a day in Gaza, every day, for the entire operation. He also went in detail about the case of Ahmad Abu Raida, a Palestinian teenager forced to act as a human shield for Israeli soldiers over several days. “Systemic impunity is the status quo”, Karakashian said.

Blumenthal reported directly from his experiences in Gaza during the war, citing his own research and the eyewitness testimonies he had gathered from Palestinians. He discusses the Hannibal Directive and the figure of Col. Ofer Winter, a senior IDF commander from the national religious community who oversaw war crimes in Rafah and Khuzaa. During questioning by the jury, Blumenthal claimed that Jewish Israeli society is “primed for genocide” (against the Palestinians).

The final two witnesses of the session switched the focus from documenting and understanding what happened on the ground over the summer, to how it is possible to hold to account those responsible for violations. Agnes Bertrand, a Brussels-based advocacy officer, summarised past efforts by EU member states to bury the Goldstone Report in the name of protecting the ‘peace process’, and suggested that European countries are unlikely to support the new Schabas inquiry.

The ICC is the only judicial mechanism available to the Palestinians, Bertrand said, noting how some European states had adopted legislation concerning Universal Jurisdiction, only to water it down and restrict its applicability over time. She also noted that there was support for an ICC referral in the case of Sudan, even as there was a ‘peace process’ going on.

Finally, Michael Deas spoke about Boycott Divestment Sanctions (BDS), in his capacity as Europe coordinator for the Palestinians’ Boycott National Committee (BNC). Deas spoke of how the massacre over the summer was a painful reminder that Israel is able to commit its crimes with impunity, and that far from holding Israel accountable, many governments actually provide direct or indirect support.

Deas described the different forms of aid and complicity, with a focus on EU-Israel cooperation at governmental and corporate levels, and the way in which the Israeli military-industrial complex tests new products on Palestinians in the Occupied Territories, in order to then export them worldwide. A two-way arms embargo, thus, is a key part of solidarity campaigning.

Deas presented BDS as an important means of challenging Israeli violations, whether through targeting companies like Elbit Systems or Veolia, or through cultural boycott campaigns. His remarks were endorsed at the end by jury member Ahdaf Soueif who said that after this catalogue of horrors, it is vital to end on something that everyone can participate in, and which has been growing and continues to do so.