Will South Africa Own Up? Allegations of SA involvement in CIA renditions puts spotlight on illegal collusion. 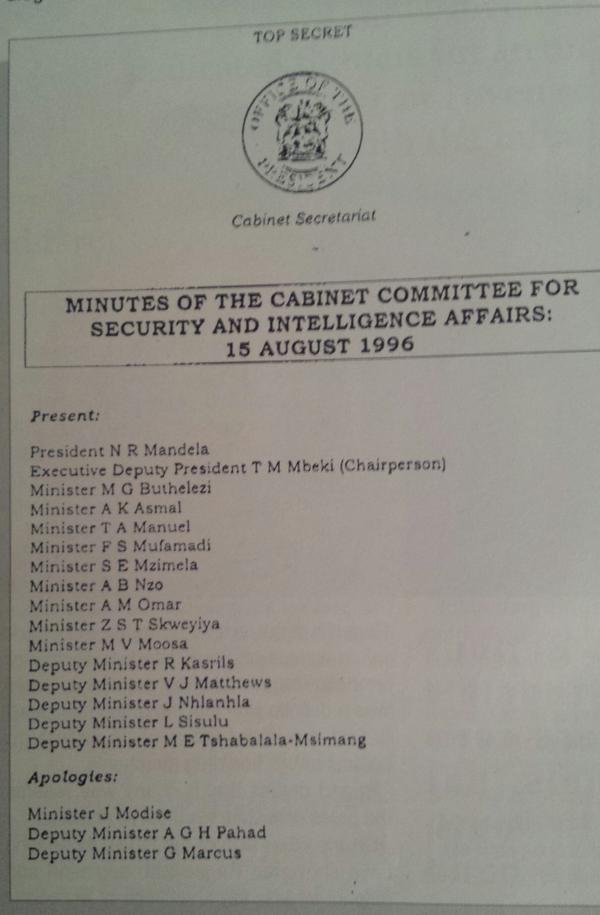 During the era of Nelson Mandela’s first cabinet in post-apartheid South Africa, a controversial report on so-called Muslim terrorism marked “top secret” emerged. While the government at the time denied any knowledge of its existence and sought to distance itself from it, the malicious intent of whoever may have commissioned it was quite evident.

Dated 15 August 1996, it carried the hallmarks of an intelligence report with serious allegations against a number of Muslim organisations. It set the stage for a pattern of demonisation that’s been repeated over the last two decades and in each instance, without any credible evidence. In fact notwithstanding the damning implications it has for South Africa’s Muslim population, a number of journalists and academics have displayed little regard for facts whenever they regurgitate disputed information.

What does the pattern consist of? It usually starts with Pagad and runs a thread through Qibla, and like a spider’s web spawns more threads to link groups such as al-Aqsa Foundation to the Palestinian resistance movement Hamas, or the Islamic Unity Convention [IUC] to Lebanon’s Hizbullah. And each time Muslim individuals are alleged to be implicated in terror activities, Islamophobes jump up in excitement screaming “I told you so”!

A common denominator that serves as a barometer reveals Israel’s security is paramount and must be protected at all cost, even at the cost of violating constitutional rights in South Africa. Not surprising at all for it is conclusively proven that a well-funded and highly resourced Islamophobia industry originates and is sustained in Israel. The entire farce following the event of 9/11 which resulted in illegal wars in Muslim lands was orchestrated by a bunch of thugs in America known as neocons closely allied to and operating on behalf of Israel.

On December 9th, much to the dismay of neocons, the Israeli lobby and a range of governments, a 500 page Executive summary of a 6000 page Senate Intelligence Committee Report on CIA Torture was released. Professor Richard Falk describes it as “grizzly” adding that the most disturbing feature about the treatment of terrorist suspects is the absence of remorse on the part of those associated with the policies relied upon during the Bush administration in the period of hysteria following 9/11.

Torture is a central component of the report and although euphemized as “enhanced interrogation techniques”, underlines the extent of illegality associated with the brutality of the “War on Terror” [WOT]. In addition to previously known practices and terms such as “rendition”, “water boarding” and “black sites”, added to the repertoire of “terrorists” is the shocking practice of “rectal rehydration”.

South Africa is known to have opposed America’s military interventions and by all public accounts remained “outside” the WOT loop except for a minor detail in the report citing it as one of the countries that participated in illegal renditions. This reference confirms a long held view by us in the Media Review Network that collusion between South Africa’s rogue apartheid-era spooks and foreign intelligence such as Mossad and the CIA remained on track. How else would it explain the role of Viktor Bout, dubbed the “Merchant of Death”, whose aviation empire was claimed to be “seeped in blood, built from the ashes of the Soviet empire on the covert shipment of arms to conflict zones around the globe”, per Chiara Carter as reported in the Sunday Tribune of March 2008.

“Bout is a larger than life figure on the African stage where he has for close on two decades been a well- known figure in Africa’s hotspots. At one stage he lived in Sandhurst, Johannesburg. His airlines were regular visitors to South African airports, notably the more porous Lanseria and Polokwane airports”.

What’s the “Merchant of Death” got to do with whether SA has anything to account for regarding WOT?

“An airline linked to Bout’s business empire made news when it was revealed that it had arrived in the dead of night at the Waterkloof military base and whisked away Khalid Rashid, the Pakistani whose controversial ‘deportation’ resembling a rendition, rocked the South African government”.

That Bout a wanted fugitive and red-flagged by Interpol was able to live in Johannesburg, freely fly in and out of the country and have access to Waterkloof from where Rashid’s rendition occurred does point to high level government collusion.

In addition to the unanswered questions pertaining to Rashid, the equally bizarre rendition of Saud Memon whose “crime” appeared to be donations to Al-Akhtar and Al-Rashid trusts, both arbitrarily listed as “terror” organisations, and as a suspect in the Daniel Pearl murder, remain vague.

Reports at the time of Memon’s death during May 2007, claimed that the US’s Federal Bureau of Investigation [FBI] arrested him in South Africa on March 7, 2003, imprisoned him at Guantanamo Bay for more than two years and then handed him over to Pakistani authorities.

Saud Memon’s name appears on page 460 of the Senate Intelligence Torture Report and one can safely deduce that his arrest, incarceration and torture had led to his untimely death. As is the case of hundreds of detainees held against their will without due process and subject to horrendous torture, these two known cases of rendition from South African soil requires a no-holds barred probe and full accountability.

For South Africa to own up and come clean on its shameful role in assisting America’s immoral WOT is a matter we will continue to agitate for.