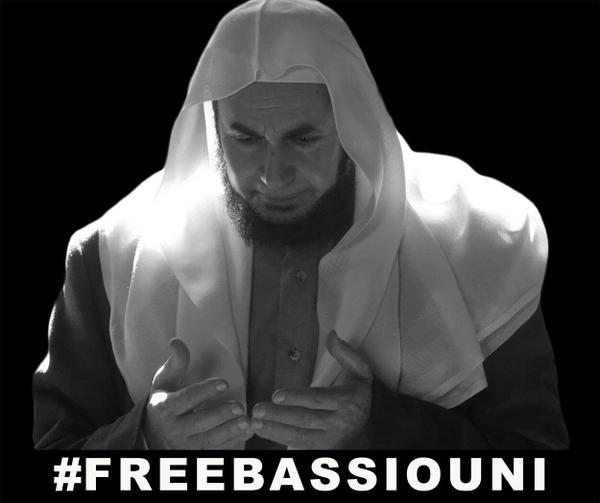 Bassiouni, who heads the Johannesburg-based Al Tawheed Islamic Centre, was arrested while on a trip to Egypt [2] with his son Bilal. Both of them were taken into custody and are being held without charge in the notorious Tora prison.

Bassiouni was accused of being a member of the Muslim Brotherhood, which his family have denied. [3]

“We demand that the South African government and the Department of International Relations and Co-operation (DIRCO) to initiate proactive steps in assisting and procuring the immediate release of Sheikh Bassiouni.”

“Sheikh Bassiouni is known for his widespread work for the past twenty years in the upliftment of previously disadvantage communities in South Africa.”

“After allegedly experiencing a fall in prison, Sheikh Bassiouni’s health is of urgent concern to his family, who have had no contact with him.”

“This is another example of how the War on Terror is co-opted by foreign governments in order to imprison and criminalise human rights activists and legitimate religious leaders.”