On intimidation and counter-BDS efforts 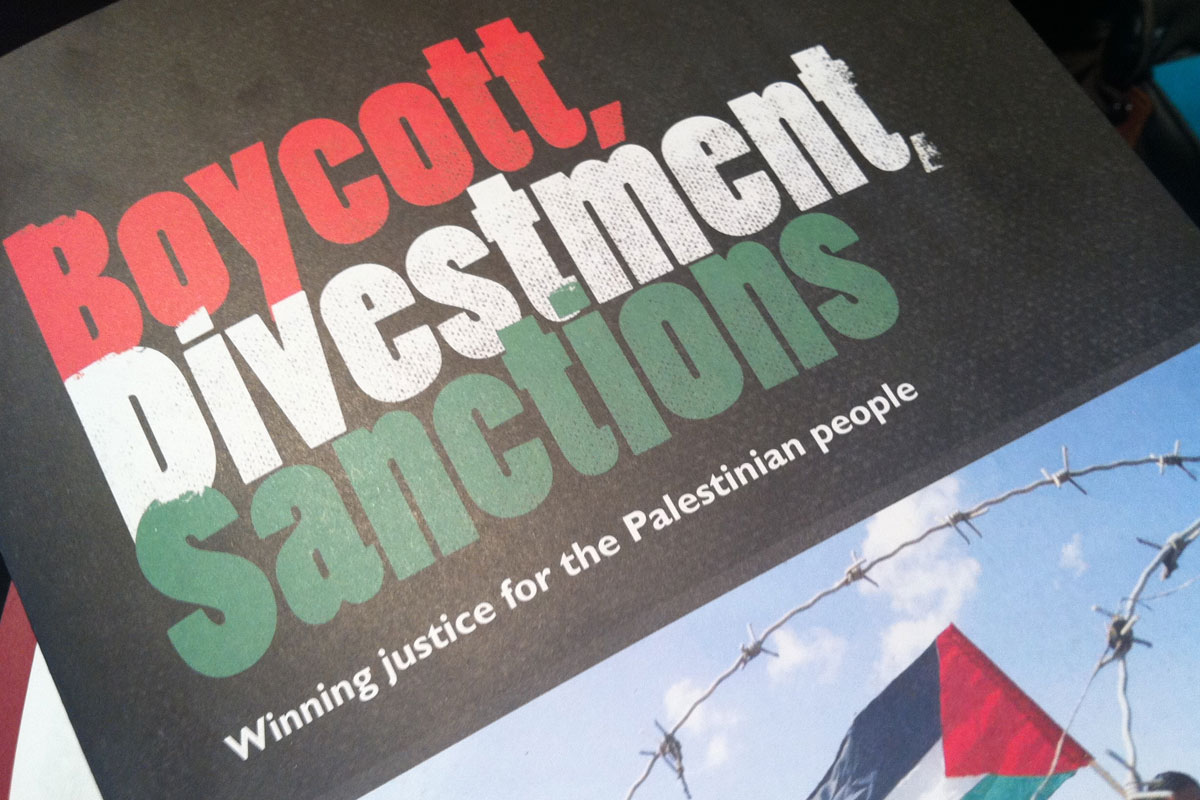 The Orange affair here is not the ominous orange of the victims of Guantanamo or the Islamic state – it about the French telecommunication company Orange and its recent affair with Israel.

After announcing in Cairo that Orange was suspending its contract with Israel’s Partner Company, the CEO of Orange (in response to Israeli pressure on the French government), arrived in Israel to meet with Prime Minister Benjamin Netanyahu. Here he expressed his denial of reports claiming that “he would sever ties with Israel ‘tomorrow’ if the financial ramifications would not be as severe as his company estimates.” The CEO then wrote a letter to the Israeli Deputy Foreign Minister Tzipip Hotovely, complimenting Israel as a “land of innovation and dynamism.” He stated here that Orange would not succumb to “political pressure from certain movements or organizations,” and that the company “does not support any form of boycott against Israel.

Previous to this, Prof Richard Horton, the editor of the medical journal The Lancet, had also come to Haifa to express repentance and his “deep regret” to Israeli doctors at the Rambam Hospital after his journal had published a letter in the wake of the Gaza war. He claimed, “I was personally horrified at the offensive video by two of the authors of that letter. The worldview expressed in that video is abhorrent and must be condemned and I condemn it.” he then tweeted: “Yesterday, I had the huge privilege of visiting Acco, and meeting the imam and the rabbi of the city and seeing how they work together”, he said. “At end, I asked the imam, ‘so what should I do?’ And he said to me very directly […] you must work with Israelis, you must work with Palestinians and you must work to encourage to bring those two peoples together.” Against his hopes to “open a new chapter” in the relationship between The Lancet and Israel, a campaign to smear his reputation is still going on.

The Palestinians’ own goal at the FIFA Congress

After bragging at length about his determination to suspend Israel from FIFA, and moments before the vote was supposed beginning at the 65th Congress in Zurich, the President of the Palestinian Football Association President Jibril Rajoub asked for permission to speak in order to withdraw the original proposal which had called for suspension the Israel Football Association, IFA. He stated, “I am here to play football, rather than to play politics.” Rajoub explained that he decided to drop the bid for suspension due to the many requests he received from various members of FIFA. The scene ended with Rajoub and IFA chairman Ofer Eini shaking hands next to the Palestinian delegation’s desk after the withdrawal had been approved. Prime Minister Netanyahu posted the results on Facebook: “Our international effort proved itself and resulted in the Palestinian Authority’s failure to suspend us from FIFA.”

The rationale of the BDS movement

Unfortunately, history tells us that justice for Palestinians cannot be anticipated from the international official regimes or from the United Nations. Palestinians have had to organize with civil societies across borders, with nations who have experienced colonisation and opression, and with people of conscience who oppose the stand of their own governments. Although America as a country is unwilling to put pressure on Israel, through BDS individual Americans can do so themselves.

In the face of futile negotiations, the criminalization of Palestinian armed resistance, and the long term failure of the world’s centres of power to protect the national rights of Palestinian–what we see instead is that Israel is one of the most highly subsidized of all the American allies and the European Union had for a long time criticized settlement but granted Israeli products exemptions from custom fees.

The BDS movement arose as a Palestinian-led lead organization of civil societies, adopting a long-term strategic non-violent tool to improve conditions for negotiation and to expose the occupation’s violation of Palestinian national and human rights. Pressure is brought on the occupation through boycott, divestment, and sanctions on the occupation to abide to international law. BDS calls for an end to Israel’s occupation of lands conquered in 1967 and the dismantling of its West Bank wall; recognizing the rights of Palestinian with Israeli citizenship to full equality; and respecting and promoting the rights of Palestinian refugees to return to their homes. All of these claims are in accordance with International laws, and, yet, BDS a non-violent movement, serves to provide an alternative of armed resistance that international media labels “terrorism.”

In reaction, Israeli government cries “holocaust” and employs massive resources to counter the BDS campaign, attempting to mark it as a form of “terrorism” internally and “antisemitism” internationally. In 2011, the Knesset passed a law making it a civil offence to publicly call for a boycott against the State of Israel. According to this law, anyone calling for a boycott may also be prevented from bidding on government tenders and may be sued and forced to pay compensation regardless of actual damages.

University presidents in Israel are debating with the government about counteracting the academic boycott. A number of pro-Israel billionaires led by Sheldon Adelson, the casino billionaire, are convening and planning to thwart the BDS movement. The US Congress, the Canadian Parliament, and other parliaments across the world are passing laws prohibiting boycott of Israel and providing for the punishment of those advocating or participating in the boycott of Israel as acts of anti-Semitism. A bill that requires state pension funds to divest from companies that support BDS passed in Illinois; Tennessee, and Indiana followed the passing of a resolution formally condemning BDS.

There are countless attempts to suppress the BDS campaign and to inhibit public participation through litigation. Recently, the “US-Israel Trade and Commercial Enhancement Act” was introduced to influence trade negotiations to discourage potential US trade partners from engaging in economic boycott against Israel through the monitoring of pro-BDS activities of foreign companies that trade on American stock exchanges and by prohibiting American courts from “enforcing rulings made by foreign courts against American companies solely for conducting business in Israel.” Another bill in preparation, “Boycott Our Enemies, Not Israel Act,” suggests that contractors who do business with the US government must certify that they do not participate in boycotts against Israel

University students at California have passed resolutions calling for their universities to divest from Israel, but university presidents publicly oppose the movement and refer to any talks about BDS in campus as crossing a “red line” and “offensive” and “inflammatory” even the call for the boycott of universities like Bar Ilan, that are openly complicit with the occupation and with the process of settlement in the West Bank.

Lighter criticism of BDS – as “flimsy” and “ineffective” – were expressed by few intellectuals perceived as pro-Palestinian, arguing that the Palestinian leadership does not support the boycott of Israel and that the call for Palestinian return is unworkable. They wonder why to single out the Israeli occupation when there are other oppressive regimes; neither was South Africa the only or worst oppressive regime when the boycott of apartheid took place. Even John Kerry used the notion boycott as a bargaining chip in 2014 when he warned the Israeli government that “there are talks of boycotts” in case they don’t agree to a peace deal.

For those who see themselves affected by Israeli human rights violations, to censor boycott is aversive and hypocritical. It is intuitive and psychologically important to demonstrate disapproval for an oppressor’s action. BDS is non-violent and exercising the right to participate in it is a democratic, free, and private decision. BDS takes its target as the construct and the institutions of the occupation, not Israeli individuals or Jewish people at all. If some individuals or opportunists made errors in the name of BDS, then this is a mistake to be reported, discussed and corrected by BDS – but such problems should not delegitimise the movement altogether. Important work at the level of public awareness needs to be done to pave the way for the activities of BDS and help it to gain momentum. There will be some successes and many accusations, intimidation and pressure. Those who support BDS need to be patient as the dark night will not last for ever, the crescent will grow and become a full moon some days.

Samah Jabr is a Jerusalemite psychiatrist and psychotherapist who cares about the wellbeing        of her community – beyond issues of mental illness.