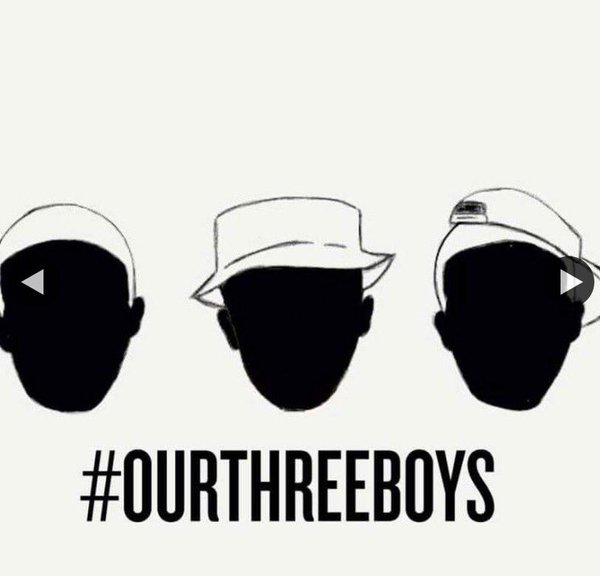 Two weeks ago, three men aged 23, 20 and 17 were found murdered “execution style” in Forte Wayne, Indiana, USA. It has been nearly two weeks since the horrific incident, yet no arrests have been made, no leads found and their pictures together with those of their devastated friends and families have never been sprawled across any major media outlet screens. Such a random act of brutality with supposedly no motive is surely a cause for grave concern.

The American media is usually foremost in sensationalising such stories, yet the silence in this instance has been unbelievably deafening. Perhaps once the race and religion of these three young men is mentioned, the lack of response will be completely understood.  Mohamed Taha Omar, Adam K. Mekki and Muhannad A. Tairab were their names. They were black and two of them were Muslim. Suddenly, the reason why their lives matter so little is very clear.

While this may seem to be a difficult subject to approach, the unfortunate reality is the fact that these three men were black and Muslim meant that their lives meant less. What we should be asking is, why so little coverage for three black Muslims so brutally slain at the start of their lives? In the US, the supposed greatest democracy of the world, we have once again been enlightened to the fact that black lives are insignificant, and that Islamophobia is a beast that has been allowed to wander rampantly amongst its people.  Police Chief Garry Hamilton said that Omar, Mekki and Tairab were not known to be associated with any gang activity but reiterated that it was too early to say if their deaths were gang-related. This begs the questions, had these men been white, would the question of a gang-related death with absolutely no evidence to suggest it being so, even be broached?! The answer is no. As activist Daniel Camacho explained, “We don’t need people shifting the blame to poor black and brown communities for these tragedies. I’ve heard enough people complain about sagging pants, gangster music, fatherlessness, black-on-black crime. Who is focusing on holding the American state fully accountable?”  It’s the profiling of black bodies without critical analysis that has reared its head as one of the most concerning trends in the US, and globally, of late.

African-Americans and Muslim Americans often face discrimination and violence. A PBS News Hour/Marist Poll from 2015 found that 58% of Americans said that race relations in the United States have worsened in the last year — unsurprising given stark racial disparities in criminal justice, wages and employment, and even health care. The front lines of structural racism against Black people are mass incarceration and police killings that take place on average every twenty-eight hours in the United States. This context explains the popularity of Michael Brown’s last words, “My hands are up, don’t shoot,” as a rallying cry in marches across the country. This trajectory was dramatically coupled with Muslim hate in the aftermath of the September 11, 2001 terror attacks. The New York Police Department (NYPD), which had been rightly associated with racist torture and killing, became the most popular police force in the country overnight. With the launching of its War on Terror, the United States rehabilitated the legitimacy of racial profiling with a vengeance, targeting Arabs and Muslims with impunity. The effect was a reinvigoration of racist policing against Arabs, Muslims, and South Asians, as well as against Blacks and Latinos. It was also in the aftermath of the 9/11 attacks that Washington took the opportunity to arm local police departments with billions of dollars worth of military grade weaponry—a program whose bitter fruits were on full display in Ferguson. To their everlasting shame, almost the entire American political class has been keen on keeping Bush’s war on terror going, making an already dreadful situation worse. Since November alone, Think Progress has also found at least 69 incidents in which Muslims and non-Muslims have been victims of Islamophobia and have been subject to shootings, personal assaults, harassment, and attacks on their houses of worship.

If we allow this story of Muhannad, Adam and Mohamed Taha to become just another story of death, we are making it known loud and clear that we agree with the convention that has begun to consume our society and the way of thinking we are indoctrinated to follow- that black lives and Muslim lives matter less. That essentially, had these three young men been white, their names and faces would’ve been trending on social media globally. As a cousin of two of the victims wrote, “They were good people. But they are not worth mourning because they were good, they are worth mourning because they were human.”