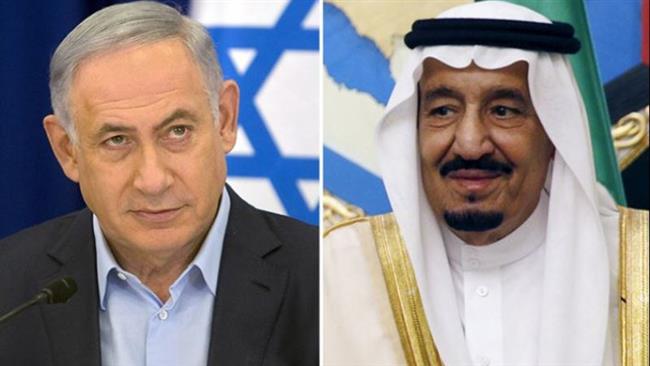 Shocking revelations of Saudi Arabia’s cosy alliance with Israel has cast a shadow over the annual commemoration of Quds Day – during which millions of Muslims gather on the last Friday of Ramadan to pledge allegiance to Palestine’s freedom struggle.

Initiated by the leader of Iran’s Islamic revolution Imam Khomeini following the successful defeat of the Pahlavi regime, which until the overthrow of the Shah was one of the most important allies of Zionist Israel, Quds Day has grown by leaps and bounds.

Yet 2017 presents a markedly different outcome due to a number of factors which present fresh challenges.

Foremost is the fact that the change of guard at the White House has adopted an extremely virulent anti-Palestinian stance. Undisguised and shamelessly lapping up to the racist right wing regime of Netanyahu, US president Trump has effectively outsourced American foreign policy to the Israeli lobby via his cabal of neoconservative Likudniks.

Caught up in embarrassing controversies over a number of domestic issues, Trump nevertheless seems impervious to the challenges his reckless policies present to America.

As for the United Nations, Israel’s defiant middle-finger approach has failed to attract  censure from member states. The U.N. Mideast envoy says Israel has taken no steps to comply with a Security Council resolution to stop all settlement activities and instead has substantially increased announcements of settlement building. Nickolay Mladenov stressed that the United Nations considers settlement activities illegal under international law.

Indeed a Palestinian researcher on settlement affairs has warned that the Israeli government has succeeded in convincing some Arab and regional forces to adopt its claims regarding settlement construction in the occupied West Bank.

Suhail Khaliliya told Quds Press that the greatest danger today is represented in the positions taken by some European and Arab countries which have adopted the Israeli view that settlements are not an obstacle to peace.

From the side of Egypt, whose military-led government is an integral part of the newly formed Saudi quartet, coup leader Sisi maintains a merciless blockade of Gaza. The Rafah Crossing, the main artery for Palestinians in Gaza to travel out of the Strip, has been closed for 103 consecutive days, with no indications that it will reopen soon.

So far this year, the crossing has been opened in both directions for only six days, meaning it has been closed for 160. The longest spell that the border has been sealed since the start of an Israeli blockade on the enclave which has entered its eleventh year.

But the hardline Saudi stance on Qatar has been shocking and a huge disappointment for Muslims worldwide and Palestinians in particular. Clearly at the heart of the Saudi engineered crisis is an unambiguous twinning of security interests with Israel. If not why has a core demand by the unelected monarchy been that Qatar relinquish its support for Hamas?

In addition to the equally outrageous demands on Qatar to outlaw the Muslim Brotherhood, the primary reason advanced by Saudi foreign minister relates to Palestinian resistance movements. Taking a leaf out of Israel’s handbook on terrorism, King Salman insists that support for Hamas and friendly ties to Iran equates to aiding and abetting terrorism.

While political maneuvering between Tel Aviv, Cairo, Riyadh and Washington has laid bare the fact that neither Saudi Arabia, nor Egypt or any of the despotic Arab regimes can be counted on to actively engage in meaningful efforts to free Palestine from Zionist clutches; the reality is that masses of people have not forsaken al Quds.

It is against this backdrop that millions of ordinary people will stand up to be counted as unflinching activists in defense of freedom and justice for Palestine during Quds day. Their message will be loud and clear: we will not abandon Palestine!