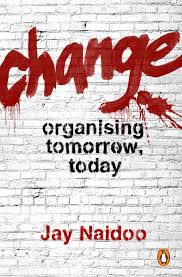 In this interesting book, Jay Naidoo reflects on his historical journey as an activist fighting for political and social change in South Africa and takes stock of the degree of change in South Africa for which they fought for and what the future was like not only for South Africa but for Africa as a whole. In the first chapter of the book Naidoo takes us through his summit of Mount Kilimanjaro in Tanzania and uses this physical experience to metaphorically reflect on his experiences as a labour organiser fighting against apartheid.  Naidoo makes a concession of the mistakes made by African leaders in their efforts in ushering political freedom from colonialism and apartheid for their people, while equally recognising their contributions to the struggle for freedom for African people. The point of the book is to reflect on the important question of whether as Africans, have we done enough to build on the foundations that have brought about political freedom in the African continent. The book is thought inspiring and historicises the racial divisions within the South African society and how they played a role in his life as an activist. As a decolonial scholar, I could not help but see myself in Naidoo’s story and particularly in what is termed the decolonial turn; a turning moment in the life of the oppressed subject to alter and destroy the colonial matrices of power. In the second chapter, he states how he

“Either wanted to fight the perpetrators of injustice or give up and turn to social delinquency………..But there was also a bigger part of me that……dreamt, instead of changing the matrix and altering the entire system.”

This statement reflects the struggle that characterises oppressed people of the world who even after apartheid find themselves being used as cheap labour for the enrichment of a few black people and majority white people of the world. In the Book, Naidoo traces his inspiration from the Black Consciousness Movement that gave him the lens with which to scrutinise the conditions under which Black people in South Africa lived. This ideological perspective that solidified the struggle against apartheid shaped Naidoo’s involvement in workers’ struggles for social and economic justice in a world that treated Black workers with contempt. For Naidoo, being black was not a matter of skin colour but a political position against the system that sought to deem anything non-white as non-human or sub-human, thus Black Consciousness allowed native Africans, Indian and Coloured people to transcend their socially constructed racial barriers.

In this book, Naidoo reflects on the explosive moments of anger demonstrated against the apartheid system and its divisive laws by the resistance movements. What he propagates for is the need for an inclusive struggle that seeks to mobilise workers, students and civil servants towards a common goal of changing the South African society for the better and make a change into the world. Naidoo speaks of the importance of organising the working class and shares some of his experiences as a union official mobilising and representing workers. The inspiration of Marxist ideology allowed him to embark on a mission to be part of the vanguard movement that would lead workers into a classless society free from racial and class oppression. This book is a great read for any community activist, unionist and social organiser who are seeking to make a real change in South African society. It provides a comprehensive historic imperative about the role of workers and students struggles in South African society and the need to organise these strata of society in building a people’s movement that will bring about real economic and political freedom to the majority of South Africans still living under brute conditions.  This book is essential for understanding the historical relevance of unions in organising and mobilising for broader social change in South Africa and it too gives perspectives about what how the country find itself in the predicament it is in today where there is a growing impatience with the pace of change among workers and students. The book came at an opportune time in the political landscape of modern day Union movements as COSATU has experienced over the past few years a move away from its core principle of worker control while largely giving power to its alliance partners. The values that the union movement once espoused can no longer be seen in post-apartheid South Africa where the colonial matrix of power still envelops the majority of South Africa’s working class who still find themselves in an exploitative system that uses them as cheap labourers. I would recommend the book to anyone interested in organising around workers and students’ struggles in South Africa as the vanguard movement that Naidoo speaks of is yet to be mobilised and usher South Africa into true economic and political freedom.

Nwabisa Sigaba is a Postgraduate Student Assistant at Unisa in the College of Human Sciences. Her research interests are around Decoloniality, Racism, Student and Workers Politics as well as Critical Islamic thought. She is busy with her Masters degree in Development Studies focusing on the role of Student movements in SA