Israel Should Back-off: Africa Does Not Need a Modern Colonial Master 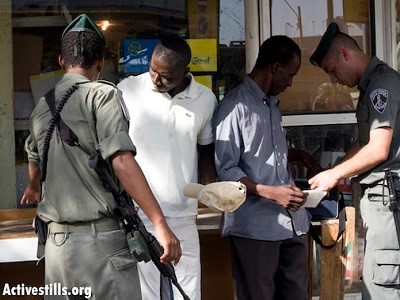 The Twittersphere went into overdrive immediately after the cancellation of the controversial African-Israeli summit. “When you are on an Apartheid selling roadshow Africans don’t buy it,” tweeted the South African Boycott, Divestment and Sanctions (BDS) movement. In doing so, the South Africans had actually spoken for the whole continent.

Having rid their country of the racist apartheid regime, the people of South Africa feel, understandably, a sense of moral duty to ensure that the indignities of that system are never allowed to take root anywhere else, not least in the African continent. Naturally, they were the first to announce their boycott of the summit planned to take place in Togo in late October. Sean Benfeldt, South Africa’s ambassador to Lebanon and Syria, told a Palestinian delegation from the Popular Conference of Palestinians Abroad that his country will not take part in the summit, which had all the appearance of an attempt to normalize relations between Africa and an “occupation state”.

The cancellation of the summit was a crushing blow to Israel and, in particular, its right-wing Prime Minister Benjamin Netanyahu. Not too long ago, Netanyahu was not only his country’s premier, but also the foreign minister, minister of defense, minister of the economy, minister of communications, and minister of regional cooperation simultaneously; a veritable jack of all trades but master of none. Although he grudgingly relinquished some of these positions, he continues to run the foreign ministry alongside his duties as prime minister.

Haunted by scandals and the prospect of imprisonment for corruption and fraud, the Israeli leader has busied himself with grandiose foreign initiatives that might, he hopes, delay his political demise. However, by choosing Africa, he has committed a huge blunder given Israel’s tarnished image on the continent. Its historic ties with and support for the apartheid regime in Pretoria have never been forgotten.

During the 1970s and 1980s, Israel and Pretoria shared military technology and intelligence, with up to 23,000 Israeli military personnel stationed in apartheid South Africa at any one time. So intense was the collaboration between them that the UN General Assembly was forced to adopt a resolution in 1984 condemning “the increasing collaboration by Israel with the racist regime of South Africa”. (A/RES/39/72.C)

This sordid historical record explains, in part, why Israel chose Togo as the venue for its “landmark” Africa-Israel summit. The tiny West African state has no established tradition of democracy. On the contrary, it has been ruled by the Eyadéma family since 1967. Not in the least convinced of Netanyahu’s promises, its impoverished citizens have been protesting for weeks on end with chants of “50 years is too long”.

In boycotting the Togo summit, African nations must have taken stock of the “freedom” in the countries that are closest to Israel. Take the case of Egypt, for example. Its incumbent President came to power by way of a coup in 2103 after which the African Union suspended Egypt’s membership. Similarly, when Faure Gnassingbe was installed as President of Togo in 2005 — succeeding his father — the African Union described the move as a “military coup.” Both countries have now become notorious for their repressive regimes and appalling human rights records. Egypt, many believe, has only escaped sanction because of its close ties with Israel and the US. Not many in Africa will today want to sacrifice their much-valued freedom for friendship with America.

There are yet other factors that must have discouraged African countries from going ahead with a summit with Israel. Thousands of economic migrants from Eretria and South Sudan risk their lives every year crossing the Sinai Desert in pursuit of a better life in the Zionist state. Those who complete the treacherous journey soon come to realise that they chose the wrong country. Thousands of these refugees are being held in limbo in the Holot Detention Facility in the Negev Desert. The mere fact that it is run by the Israeli Prison Service is indicative of what the experience is like. After spending lengthy periods in the desert “facility” many of the refugees become disillusioned and bow to pressure to return to their countries of origin or go to a third country, such as Uganda or Rwanda.

Last week, the leader of the far-right Yesh Atid party in Israel, Yair Lapid, told an audience at a town hall meeting in Jerusalem that it is not Israel’s problem to deal with forty or thirty-five thousand people who went there from Eritrea looking for a job. “We need to expel them, whether they agree or not,” he insisted, “and if laws should be changed, laws should be changed.”

Charity, we know, begins at home. If Israel cannot practice charity at home, or be welcoming and kind to people who were impoverished by the repressive governments that it supports, how will it ever be able to contribute anything significant to the African continent?

History has been unkind to Africa in many ways; it has suffered from the Atlantic slave trade, settler colonialism, apartheid rule and genocide. One exceptional stroke of good fortune, though, was when the early Zionists rejected an offer by Imperial Britain to create “Israel” on land in Uganda. Had they accepted, the consequences for Africa are unimaginable.

Having witnessed the catastrophic results of Zionist colonialism in Palestine, Africa has every reason to shun Netanyahu’s summit. The rumor is that it might now be held in Israel instead of Togo. A boycott of that as well will send an even stronger message to Netanyahu and his ilk that their version of apartheid is just as unwelcome as South Africa’s was. Israel should back-off; Africa does not need a modern colonial master.

– Dr. Daud Abdullah is the director of Middle East Monitor (MEMO). He is an author and a widely published commentator.