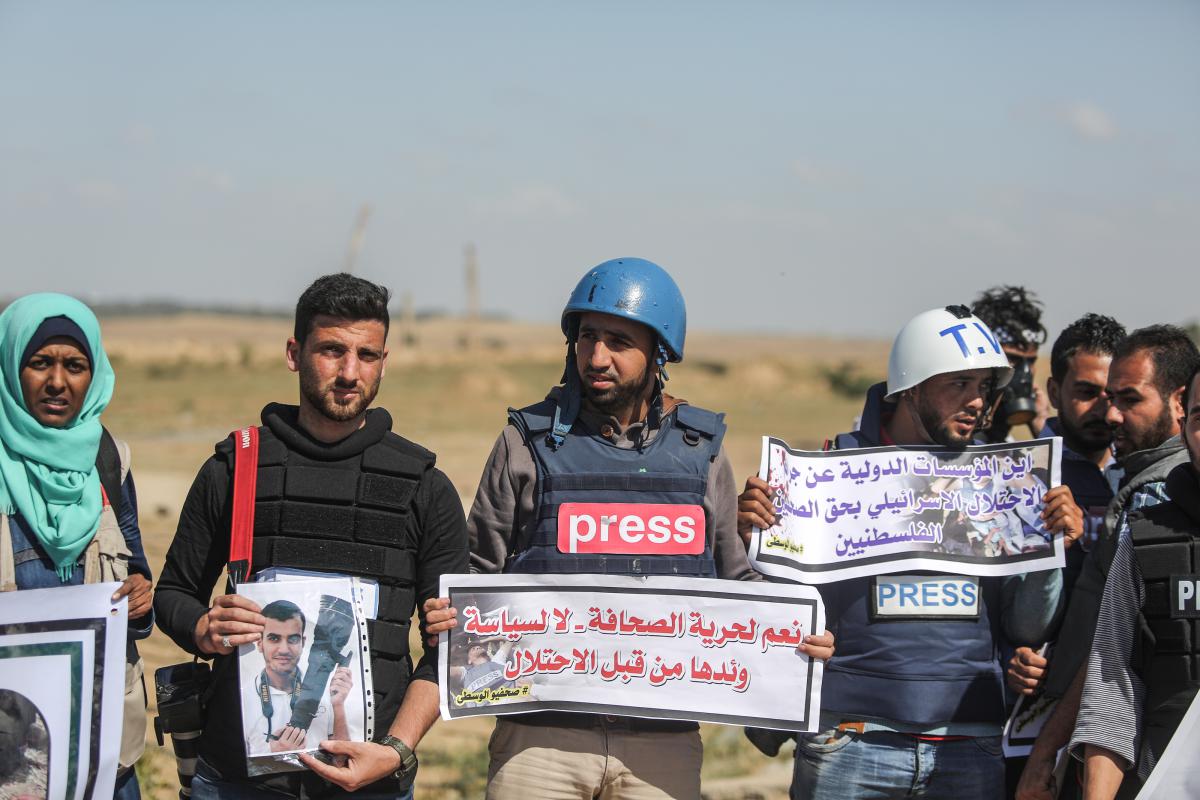 Unprecedented yet daring, bold and creative, #GreatMarchOfReturn has completed a sixth-consecutive week of protests.

Waves upon waves of Palestinians of all political persuasions and age groups, have linked up in a determined effort to defy Israel’s illegal ban on their right to return.

Palestinian refugees who were forcefully dispossessed of their lands and properties and who were dispersed across different parts of the Arab world, know that their right to return to their pre-1948 homes is guaranteed under international law.

The ingenious creativity thus associated with the protests along Gaza’s colonial border with the occupying regime, has not only drawn global attention to Israel’s suffocating siege but also exposed Netanyahu’s rightwing army as a ruthless killer force.

That the apartheid juggernaut has not spared any of the protesters, indiscriminately killing young and old, male and female, and injuring thousands more through the use of fatal live ammunition, is well known. What is less known is the targeting of journalists.

Much to Israel’s disdain, a number of media organisations, have been cataloguing names and associated details of journalists killed or injured by its army of killers. One such group which monitors abuse of media practitioners is the Committee for Protection of Journalists, CPJ.

It claims that at least five Palestinian journalists were injured on May 4, 2018, covering protests in the Gaza Strip, as the Israel Defense Forces used tear gas and fired live rounds to disperse demonstrators, according to news reports, social media posts by local journalists, and two local reporters — Moneeb Saada and Saud Abu Ramadan — with whom CPJ spoke.

In a recent update it, CPJ provided details of journalists:

Sami Musram, a cameraperson for the Hamas-affiliated al-Aqsa TV, was injured by a rubber bullet that grazed his left shoulder while he was covering protests east of al-Bureij, according to news reports, pictures shared on social media, and local journalists Hussein Abu Khreis and Ramadan. Musram received treatment at an on-site ambulance, according to the news reports.

Hamza al-Shami, a freelance photographer, was hit by a gas canister in the shoulder and then inhaled tear gas causing him to faint while covering the protests east of Khan Younis, according to news reports, footage posted on social media, and al-Shami. The journalist received on-site treatment for his injuries, according to the news reports.

Mohammed abu Qadoos, a cameraperson for the Hamas-affiliated local news agency Siraj Media Network, was hit in the head by a gas canister while covering protests east of Gaza City, according to his employer, news reports, and local journalist Saud Abu Ramadan. Qadoos was taken to a local hospital where he received treatment for his injuries, according to the news reports.

Abd al-Rahim al-Khatib, a freelance photographer, inhaled tear gas while covering the protests east of Khan Younis, according to news reports and Saada. The journalist received on-site treatment for his injuries, according to the news reports.

Since the protests began on March 30, 2018, CPJ has documented at least 14 journalists hit by live rounds fired by Israel Defense Forces two of whom– Yaser Murtaja and Ahmed Abu Hussein–later died from their injuries.

These shocking facts lift the veil on Israel’s attempt to conceal its outrageous targeted attacks on journalists. The Netanyahu regime’s strategy is to maintain at any cost a narrative dictated by its war-cabinet. This is structured on false claims that protesters and journalists are engaged in war thus allowing the Zionist regime to retaliate without any moral or legal obligation to abide by international conventions.

Reports by CPJ and other media watchdogs have blown Israel’s tactics. Coverage of the #GreatMarchOfReturn by courageous journalists will intensify as the ground-breaking protests lead up to the seventh consecutive week. That these reports have shattered Israel’s image as a “democracy abiding by civilised values”, cannot be disputed.

Indeed, documented accounts of equally ruthless attacks by Netanyahu’s thugs on Palestinian medical facilities which are dotted around the protest sites, have also ensured that social media is ablaze with shock and disbelief. Heart breaking details which accompany images of victims gunned down in targeted killings, have robbed Israel of its squeaky clean image.