Tuti’s Case Beckons Our Attention to the Saudi Kingdom 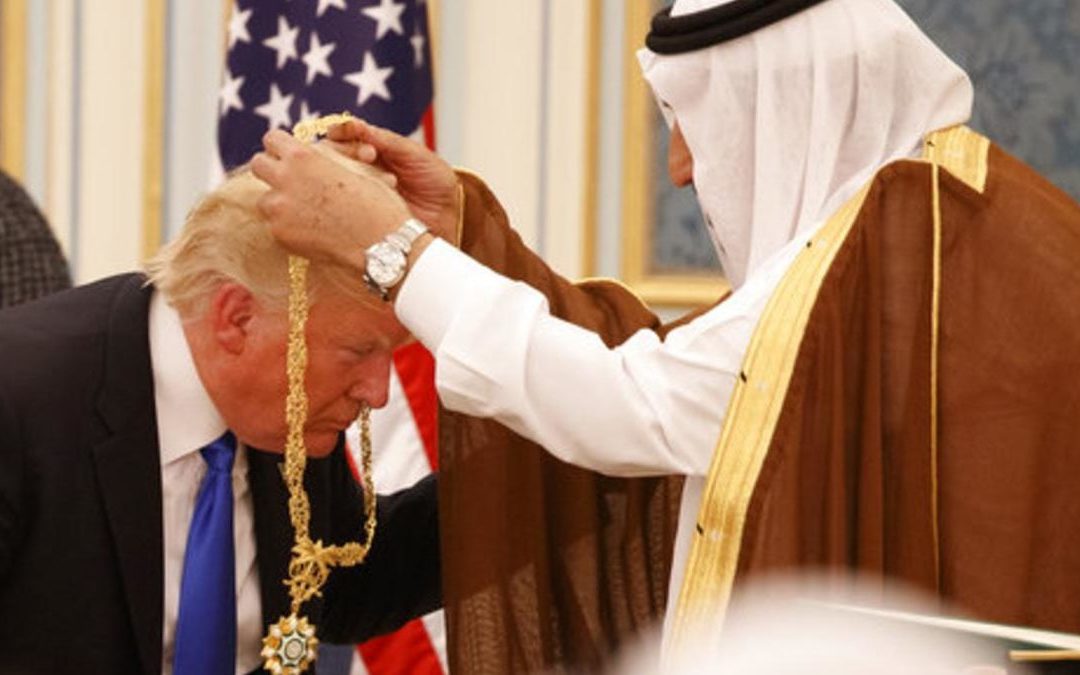 Protected under the guise of being a close ally to the Trump administration, bin Salman and his cronies have meted out injustice and tyranny in every aspect of the Saudi kingdom and abroad, writes Ziyaad Patel and Aayesha Soni.

At the end of October this year, Tuti Tursilawati became the latest Indonesian migrant worker to have been executed by Saudi Arabia. She was found guilty of murdering her employer’s father in 2010. Tuti had pleaded self-defence against frequent sexual harassment. She was mercilessly beheaded, despite desperate attempts by the Indonesian government and various human rights organisations to intercede on her behalf. Her family is still reeling in shock; but Tuti’s case is not unique. Rather, it is just another example in the long list of human rights violations that the Saudi kingdom perpetuates on a daily basis.

The Saudi kingdom accorded no courtesy and exercised minimal diplomatic ethics in notifying the Indonesian authorities, or the deceased’s family, that Tuti’s execution would be carried out. This illustrates their blatant disregard and disrespect for protocols accorded to nation states and affected families of such drastic punitive measures imposed by the Saudi regime.  We must put into focus the credibility of Saudi’s “due process” as well. Were there any justifiable mitigating factors evaluated before the death penalty was meted out?  To what extent were allegations by Tuti as being previously sexually harassed by her “victim” tested to be true?  Surely, these ought to be important considerations in mitigation of her sentence.  She was also a mother of one child- does the Saudi justice system show no compassion at all?  Tuti’s case serves as a microcosm of fundamental human rights violations becoming so systemic, that it permeates throughout the Saudi domestic justice system.

Despite many efforts to strengthen protection and advocacy for migrant workers, Indonesia has failed to improve such basic protection for its citizens, leading to no guarantees for such migrants’ well-being when employed in Middle Eastern countries. These include the kafala (individual sponsorship) system under which employers control their workers’ mobility — including their entry, renewal of stay, termination of employment and transfer of employment — which the International Labour Organization (ILO) warns is prone to forced labour.

Whilst Saudi historically has had a dismal human rights record, under the new leadership of Crown Prince Muhammad bin Salman there has been a surge of wanton disregard, blatant abuses and violations of international law and international humanitarian law The culpability of the Saudi Regime in the perpetration of war crimes and imposed blockades in contravention of the Geneva conventions on essential medical and humanitarian aid in Yemen is already incontrovertible.

Protected under the guise of being a close ally to the Trump administration, bin Salman and his cronies have meted out injustice and tyranny in every aspect of the Saudi kingdom and abroad. Tuti’s case highlights the dismal way in which migrant workers have always been treated as mere commodities in the country, with their working conditions often bordering on slavery. But the crimes of the kingdom extend far beyond that.

The authorities continue to repress peaceful activists and dissidents and harassing writers, online commentators and others who exercise their right to freedom of expression by expressing views against government policies. Independent human rights organizations that were forcibly shut down, including the Saudi Civil and Political Rights Association (ACPRA), the Union for Human Rights, the Adala Center for Human Rights, and the Monitor for Human Rights in Saudi Arabia, remain inactive. Almost all their members were convicted and sentenced, fled the country, or were brought to trial before the SCC. When it comes to freedom of expression and association, Saudi has practically no laws protecting its citizens.

Security authorities continue to carry out arbitrary arrests and detentions without charge or trial for prolonged periods without referrals to a competent court, in breach of the Code of Criminal Procedures. Detainees are frequently held incommunicado during interrogation and denied access to lawyers, in violation of international fair trial standards. In February, the UN Working Group on Arbitrary Detention found that Ali al-Nimr, Abdullah al-Zaher and Dawood al-Marhoon, three young men arrested on protest-related charges and at risk of imminent execution, were detained arbitrarily. In September, the authorities carried out a wave of arrests detaining more than 20 prominent religious figures, writers, journalists and academics.

The actions of the Saudi kingdom in almost every regard are in direct contravention to the teachings of Islam. They desecrate every aspect of justice, dignity and fair and equal rights- principles ingrained within the very fabric of Islam as a religion. Whilst power hungry madmen continue to lead the country on a path of chaos, beheading workers living under insufferable conditions and suppressing all forms of opposition, the Trump administration and its allies have maintained the age old friendship between Saudi and the West. Protected against any form of repercussions under the guise of political and monetary gains, Saudi will continue on its downward spiral of human rights violations with only its citizens paying the biggest price. This reign of oppression and culture of impunity must end. This starts with our collective voices and efforts to stand for justice. The case of Tuti beckons our attention.

Ziyaad Patel is an attorney admitted to the High Court in South Africa and dedicated human rights lawyer.

Aayesha J Soni is a medical doctor and member of the Media Review Network (MRN). She was named one of the Mail and Guardian’s Top 200 Young South Africans 2017, and one of News24’s 100 Young Mandela’s of the Future 2018.