Terror attacks in Sri Lanka a lesson for South Africa 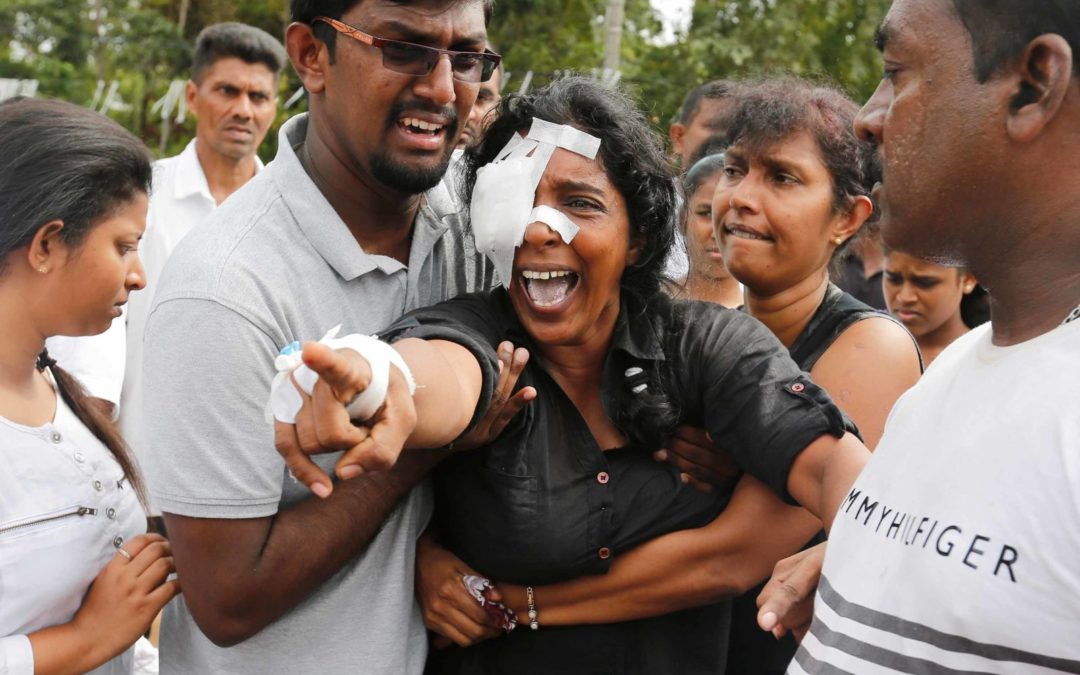 A series of bomb blasts ripped through the Sri Lankan capital Colombo, killing about 300 people and injuring 500, shattering ten years of calm after the 25 year civil war that cost over 50000 lives.

The fractious Sri Lankan government admitted to a major intelligence failure, with president Mairthripala  Sirisena unaware of warnings from Indian and American intelligence agencies of an impending attack. This resulted in the resignations of two top security officials.

An obscure Muslim group, the National Touheeth Jama’ath, NTJ, were blamed for carrying out the carnage. However, the coordination and sophistication of the attack pointed to external involvement.  Isis duly claimed responsibility for the dastardly deed, albeit three days later.

This was despite the claim by USA President Donald Trump’s declaration that Isis’ so-called caliphate in Syria and Iraq, was “100%” defeated, touting it as one of his administration’s biggest foreign policy successes and one his predecessor wasn’t able to achieve.

Speaking to US troops at Elmendorf Air Force Base in Alaska, where Air Force One briefly stopped to refuel on its way back from Vietnam, Trump boasted: “You kept hearing it was 90 percent, 92 percent, the caliphate in Syria. Now’s it’s 100 percent. … We did that in a much shorter period of time than it was supposed to be.”

US Secretary of State Mike Pompeo said the United States will keep fighting “radical Islamic terror” in the wake of the Sri Lanka attacks. “Radical Islamic terror remains a threat,” Pompeo told reporters. “This is America’s fight, too”. So, Isis had to be resurrected.

Much like Al Qaeda, Isis is an American and Western-created, Saudi Arabian financed instrument of terror designed to destabilize, divide and conquer its enemies in the Middle East and elsewhere.

It primarily serves as a pretext for U.S. military and it’s allies’ interventions abroad;  it foments a manufactured domestic threat; and justifies regime change, invasion and occupation of nation states. The USA and its allies act with impunity and in violation of International Law.

This tragedy raises a number of pertinent questions. Who benefits? Certainly not the minority Muslims who never had a problem with the Sinhalese majority, nor with the Christian minority. Nor does Sri Lanka benefit, whose booming tourist industry suffered a loss amounting to billions of dollars.

Why Isis? And why their claim only three days later? Where did the weapons originate? And where were the obscure NJT trained and financed? And what motivation would Isis have to destabilize Sri Lanka?

Sri Lanka, a poor island known for its magnificent beaches, jungles and tea plantations, has become an arena for geopolitical importance between its neighbour India, and China, which has invested billions of dollars in infrastructure.

Sri Lanka has joined the Chinese Belt Road Initiative (BRI), and the growing Chinese influence in the country disrupts the power balance which India seeks to turn the country into something of an Indian protectorate. It is entirely possible that a foreign state or intelligence agency were the catalyst behind the attacks and the NTJ  are merely pawns in a much larger and even more dangerous game.

This should serve an abiding lesson for South Africa. SA has been accused of harboring Isis “sleeper cells” that plot attacks on foreign embassies, synagogues and government installations. The modus operandi is as follows: Usually an embassy issues a warning of an impending terror attack from an anonymous source. This is emblazoned on the front pages of the media, creating panic. Self-styled “terror-experts” hype-up a climate of fear through the media. Government is forced to ramp up security chasing phantom “terrorists” to reassure the frightened public.

This charade of the Isis bogey has been prevalent since SA hosted the World Cup in 2010, and shrill alarm bells have rung regularly . Usually the suspicious culprit is a dark skinned, Middle-Eastern person, sporting a beard or donning a veil, that fits the Western profile of an “Islamic terrorist”, the stereotype of the new enemy.

South Africa, a country rich in natural resources and following an independent foreign policy based on human rights and with a natural affinity in supporting the oppressed, can become a target for destabilization ā la Sri Lanka by foreign agents using the bogey of “Muslim terrorists”.

SA’s downscaling of the embassy in Apartheid Israel, opposing sanctions against Iran and support for Venezuela, and its moral high ground in world politics, inter alia, could antagonize and obstruct the hegemonic geopolitical designs of the Western powers and their allies.

The tragedy in Sri Lanka, and the deaths of so many innocent lives, should alert us all  that many of the terror outfits we know today are linked to geopolitics and the pursuit of global dominance and power.